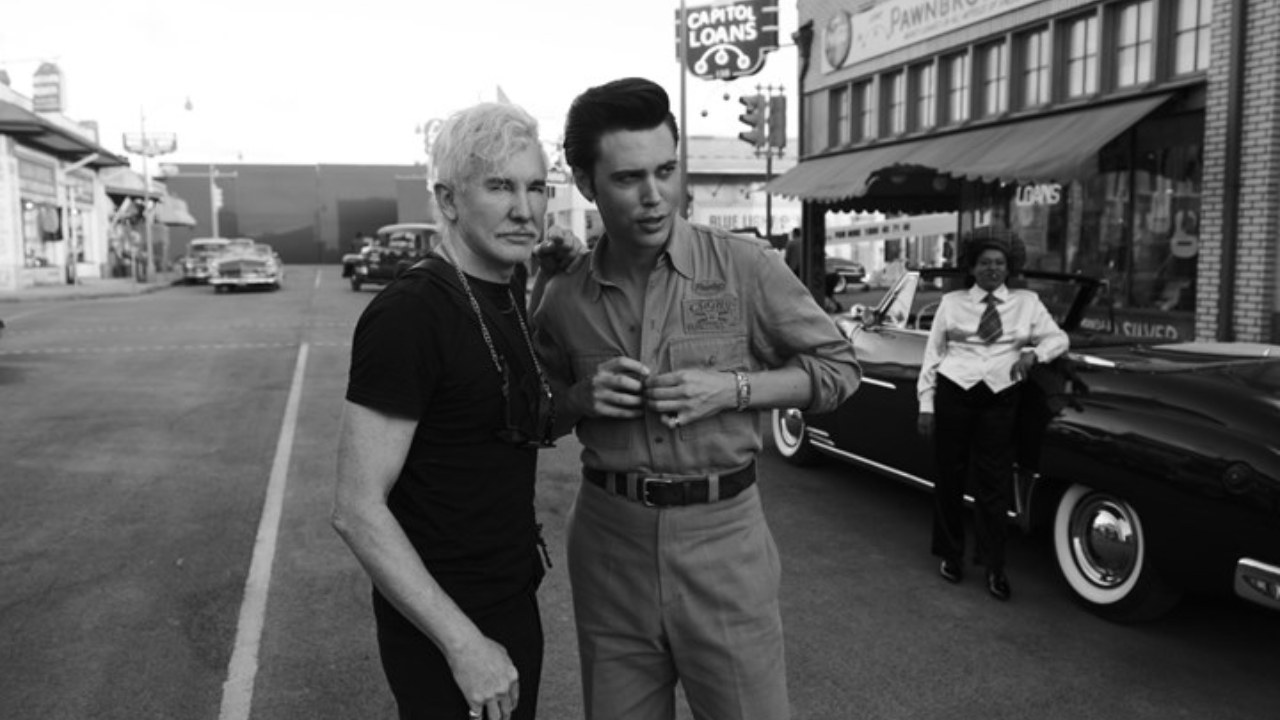 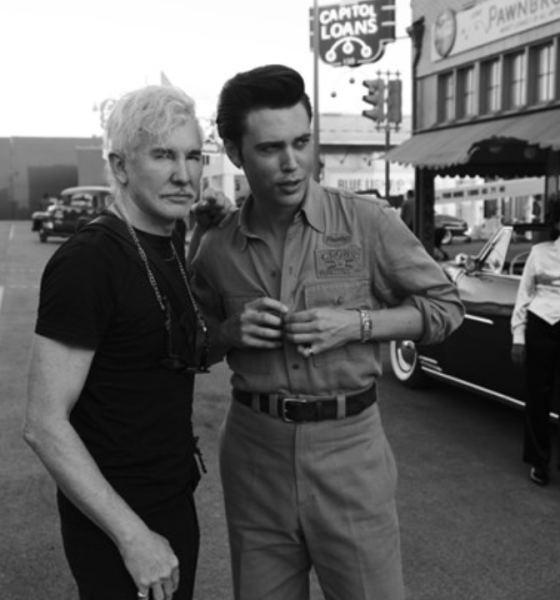 The Wonder of Austin and Elvis: An Awards Season Reflection

John Lennon famously said, ‘Before Elvis, there was nothing.’

Well, before Baz Luhrmann’s Elvis (currently on release and doing great business), there have been several music biopics in recent years: Walk the Line (Johnny Cash), Bohemian Rhapsody (Queen), Rocketman (Elton John), Respect (Aretha Franklin) to name a few. Bohemian Rhapsody is the most commercially successful so far, but one for the money, two for the show, Elvis is, for me, my favourite (and I liked the others greatly).

I’ve already seen it three times at the cinema and would not baulk at going again. It seems I’m not alone. The internet/social media is full of posts from people of all ages, clocking their fourth, fifth, 6854329th viewing. What the content of the posts shows is how much the film is emotionally connecting with audiences. So many people say they simply can’t stop thinking about it for days after seeing it. One post I saw summed it up: ‘I can’t think of a film in recent times which has people so obsessively returning to the cinema so often to rewatch it. That’s the grand effect of Elvis, his legacy and his effect on people. And of course, the extraordinary work of Baz and Austin who gave his life for this role.’

At my second viewing, I watched an elderly man in front of me who had come to see the film on his own. During the music sequences, his leg surreptitiously moved to the beat as his hand rhythmically tapped his knee. During the closing scenes, as those around him silently wiped away, a stray tear from his lips escaped several heartfelt sighs. The pain and feeling in the sound were incredibly affecting. I thought then, and this is what powerful cinema can be – art as a channel through which the emotions of a lifetime are elicited. That man likely remembered Elvis at the height of his phenomenal global success. But younger viewers who weren’t even alive when Elvis Presley died in 1977 are also checking the film out. Some, in treating their parents/grandparents to a cinema trip to see their idol from years ago, are not only themselves falling in love with Elvis but also with the man playing him, surely destined now to be an idol himself( more on Austin Butler later). That’s a pretty special shared movie experience.

When writing the movie, has become the second highest-grossing music biopic ever, behind Bohemian Rhapsody. In its fourth weekend of release, the box office for the film in the UK rose by 15% instead of steadily going down as is normal! Word of mouth on the film is incredibly positive. It’s drawing people into cinemas who haven’t ventured into one for years, even decades. I’m also aware that the film is proving popular with people of South Asian backgrounds. Elvis Presley has always had many fans within this internally diverse community. All this is excellent news for Hollywood regarding green lighting adult-skewing dramas, non-franchise films and all things non-comic books. If you build it (well), they will come.

Austin Butler
Hollywood has finally found a successor to the star power of Leonardo DiCaprio and Brad Pitt – an all-American heartthrob who can also act. Such stars rise organically. The public, not relentless PR, creates them. The ticket-buying public sees an actor up on the screen, that undefinable something in him resonates with them, and a star is born. This special connection doesn’t happen often. It hasn’t happened for a long time. Present-day Hollywood is almost resigned to having little star power among its new actors, but bold casting can sometimes create magic. The role of Elvis could have quickly gone to an established film actor such as Miles Teller, who was considered Aaron Taylor Johnson or to pop star Harry Styles. Instead, the director, casting agent and studio followed a more exciting curve, and it has paid off for the film and his future career, which, now, must be on very solid but heady ground.

Interestingly, it was a Baz Luhrmann film, Romeo and Juliet, which catapulted Di Caprio into the teen heartthrob stardom, which then exploded with Titanic. Luhrmann recently commented that he is now seeing the same sort of response from the public to Austin Butler. On a smaller level, I can add that a short video I made of Austin at the London premiere of Elvis initially had 500 views on my YouTube channel. Since the film’s release, the figure now stands at 50,000. It rises by about 2000 each day. That suggests that new fans are scouring the internet for information and news about him.

Apart from his looks and talent, Butler’s extra ‘it’ factor is that he has the classic poise and charm of the stars of yesteryear. It’s been interesting hearing him speak of looking to the likes of Paul Newman and Marlon Brando for style inspiration when deciding to look for the photo shoots at Cannes, where Elvis premiered. He’s also articulate and thankfully doesn’t speak in the meaningless platitudes and word salads of many current actors – all the better, perhaps, for those awards speeches that may be coming up?

Best Actor
Even at this early point, I will say, if Austin Butler doesn’t get a nomination for the best actor Oscar at next year’s ceremony, it will be criminal. And frankly, if he doesn’t win, there’s no justice. Sometimes, a performance in a film is so complete; that it’s hard to see what can top it, even if you haven’t yet seen the other contenders. I felt the same about the following when I saw them months before awards season started: Cate Blanchett in Blue Jasmine, Joaquin Phoenix in Joker, Will Smith in King Richard, Jean Du Jardin in The Artist, and Marion Cotillard in La Vie En Rose. All went on to win in their categories.

Elvis impersonators always depict the hamburger guzzling, rhinestone-covered jumpsuit-wearing, bloated Elvis of the 1970s Las Vegas years. They almost never pick the svelte, gorgeous, hip-swivelling, black-quiffed Elvis of the 1950s and 60s who shook up the world, became the most prominent selling artist of all time and arguably the greatest musical performer of all time. Austin Butler is no impersonator in this film. He gives everything to channel the Elvis of each era, and the result is phenomenal.

It’s great enough when an actor captures an icon’s voice, mannerisms and moves. To embody the legend’s magical charisma and star quality, take the performance into another league, especially when that person was larger than life. And few stars have been bigger than or shone as brightly on the world stage as Elvis. Austin manages it. But it isn’t just as Elvis the stage performer that Austin shines; he is as convincing in the bits in between where we see something of Elvis, the man. At specific points in the film (the 1968 comeback unique leather-clad segment and the Las Vegas performances, in particular), I had to remind myself that I was not watching the man himself but a young actor who wasn’t even born when Elvis died. (Elvis’ granddaughter, actress Riley Keough, too, turned to her mother, Lisa Marie Presley, at various points in their private screening and asked, ‘Is that your dad, or Austin?’ Who knew the generic blonde kid from Nickelodeon had so much talent in him?

Best Film + Best Director
The film is a little uneven. It’s a tad too long. Nevertheless, it deserves a nomination in the top 9 or 10 movies the Oscars now recognise. I would say it deserves to be in the top 5. For all the reasons I’ve set out above, when cinema moves an audience as much as this film does, that’s magic. I don’t see it winning, but a nomination is a must.

Director – it’s hard to think of a better director/subject matter mix than Luhrmann and Elvis. The greatest showman and the greatest showman. So, of course, the razzle, dazzle is suitably spectacular. The frenetic pace, the frantic editing, and the sheer enthusiasm are also all typical Luhrmann, not to everyone’s taste but eye-catching and impressive. But, for me, it’s the heart Luhrmann has put into telling this story which makes him a worthy nominee and deserving of a sneaky win (though that’s unlikely).

Best supporting actor
Never count out the ever-popular Tom Hanks. On first viewing, his performance struck me as a pantomime villain. The fat suit and prosthetics didn’t help. However, follow-up viewings reveal subtle layers of characterisation and manipulation in Hanks’ portrayal, which are the hallmarks of a clever actor immersed in his role. It’s easy to miss that Hanks is playing a character within yet another layer of character, as the shady manager of Elvis, Colonel Tom Parker, who, we discover, was neither a colonel, a Tom or a Parker. Don’t be fooled because Hanks makes it looks easy. You don’t come out of the film loathing the colonel because Hanks gave a hammy performance. You feel it because Hanks gave a damn good one. I don’t see wins for Hanks, but depending on the competition, I do see nominations.