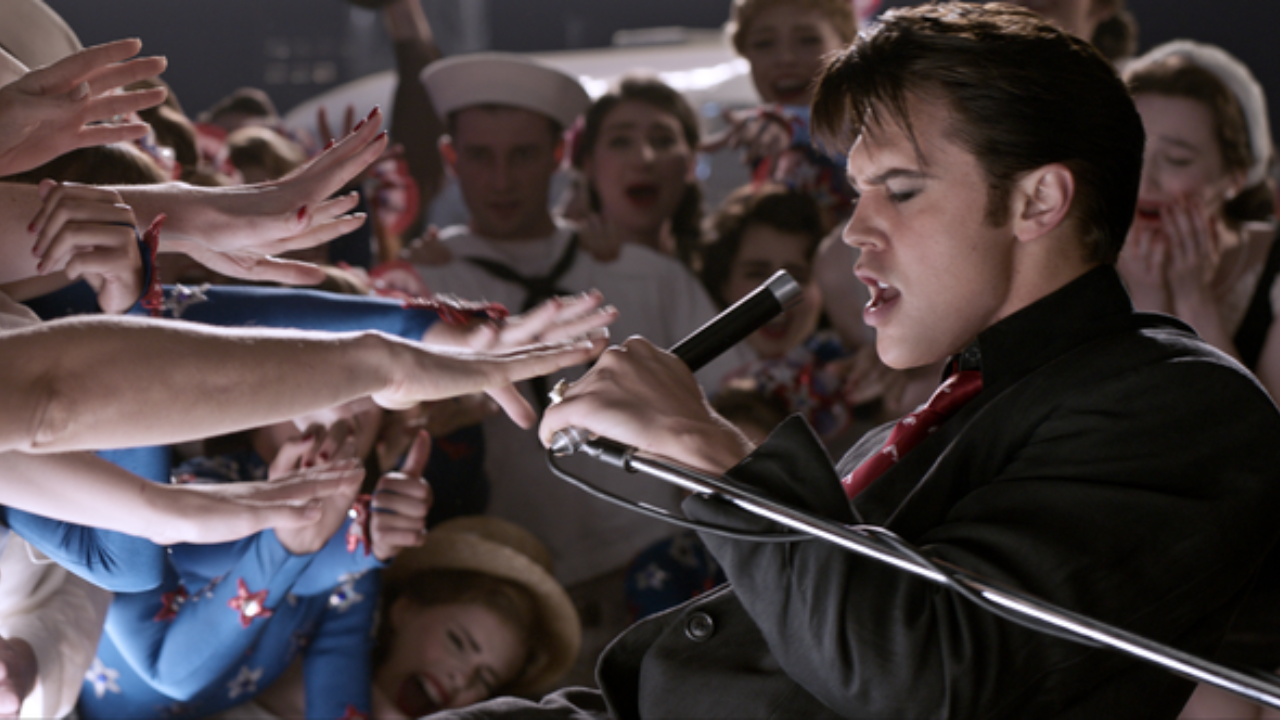 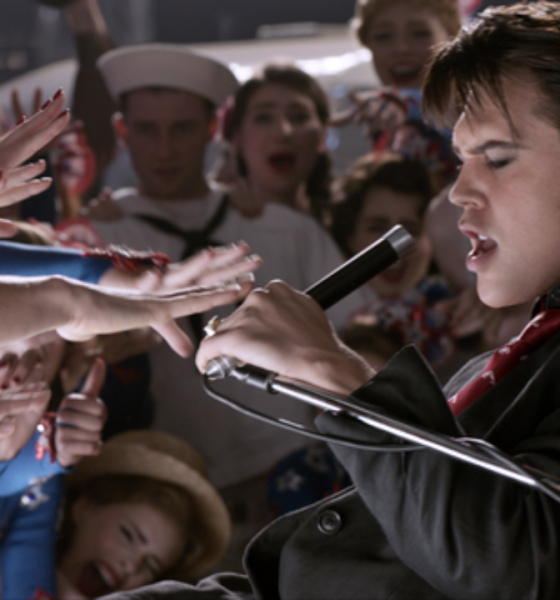 It’s rare that a single word can cause instant divisive conversation, but a whisper of ‘Elvis’ does exactly that. A hallmark of stardom for a generation, the King of Rock ‘n’ Roll had his fair share of cultural phenomena, with intrinsic musical links to black culture, a bride he met at an incredibly young age and a legendary myth surrounding his death. With Presley’s impressive back catalogue of tunes and flicks hitched to the overtly glamorous style of Baz Luhrmann, Elvis might not be a smooth sailing road, but is certainly worth its weight in social currency.

After being discovered by a small-town record label, a young Elvis Presley (Austin Butler) crosses paths with dogged yet charismatic manager Colonel Tom Parker (Tom Hanks). Sensing a star destined for big things, Parker convinces the Presley family that he is the right person to manage Elvis’ career. For the rest of his life, the King’s actions, decisions, and whereabouts are dictated for him, with Elvis intent on striking his own path in life.

For stylistic value alone, Elvis is a superspeed goldmine. Manoeuvring through the rhinestoned twists and turns of Presley’s life at breakneck speed, Lurhmann sets a cinematic pace that’s never been seen before. While adept at deciding which points of Elvis’ career to explore in-depth, the final stretch does end up lagging in comparison to the earlier singalong speedway of the 159-minute runtime. Butler himself is exceptional when embodying the King’s spirit, flavouring each scene with the unique balance of unthinkable talent and melancholic heart. Hanks serves perfectly as his counterpart, though the decision for him to wear a fat suit is certainly a point of contention (Butler didn’t do so during Elvis’ later years). Olivia DeJonge’s Priscilla Presley is surprisingly underused, while glimpses of Yola’s Sister Rosetta steal every scene.

From a moral point of view, the landscape becomes hazy. On the one hand, Elvis is possibly the first instance of mainstream media acknowledging that Presley outright stole and appropriated music from black culture. In spite of this, the film never explores any social challenges in great depth — kind of like a kid at school who’s coasting on a C in his English GCSE exams. Elvis meeting Priscilla when she is only 14 (and him a grown 24) is never even brought into conversation, and tensions surrounding his relations with Mexico (largely due to filming the 1958 hit King Creole) fly under the radar. However, there’s a method to the madness, with the surface-level nature of Luhrmann’s ideas acting as a perfect parallel to the ultimate ‘cash cow’ himself. As Elvis’ life and temperament were forced to be so restricted, it makes sense for a biopic to echo the same vein.

There are certainly clever and considered decisions peppered all throughout Elvis. From the choice to include a varied and inclusive soundtrack to the sweeping montages of big-stakes action, risk mostly pays off with reward. Criticism will undoubtedly spring from Luhrmann’s choice of cinematic lens, and rightly so. Yet the film’s somewhat vacant nature is a haunting afterthought to a man tortured by the world around him.