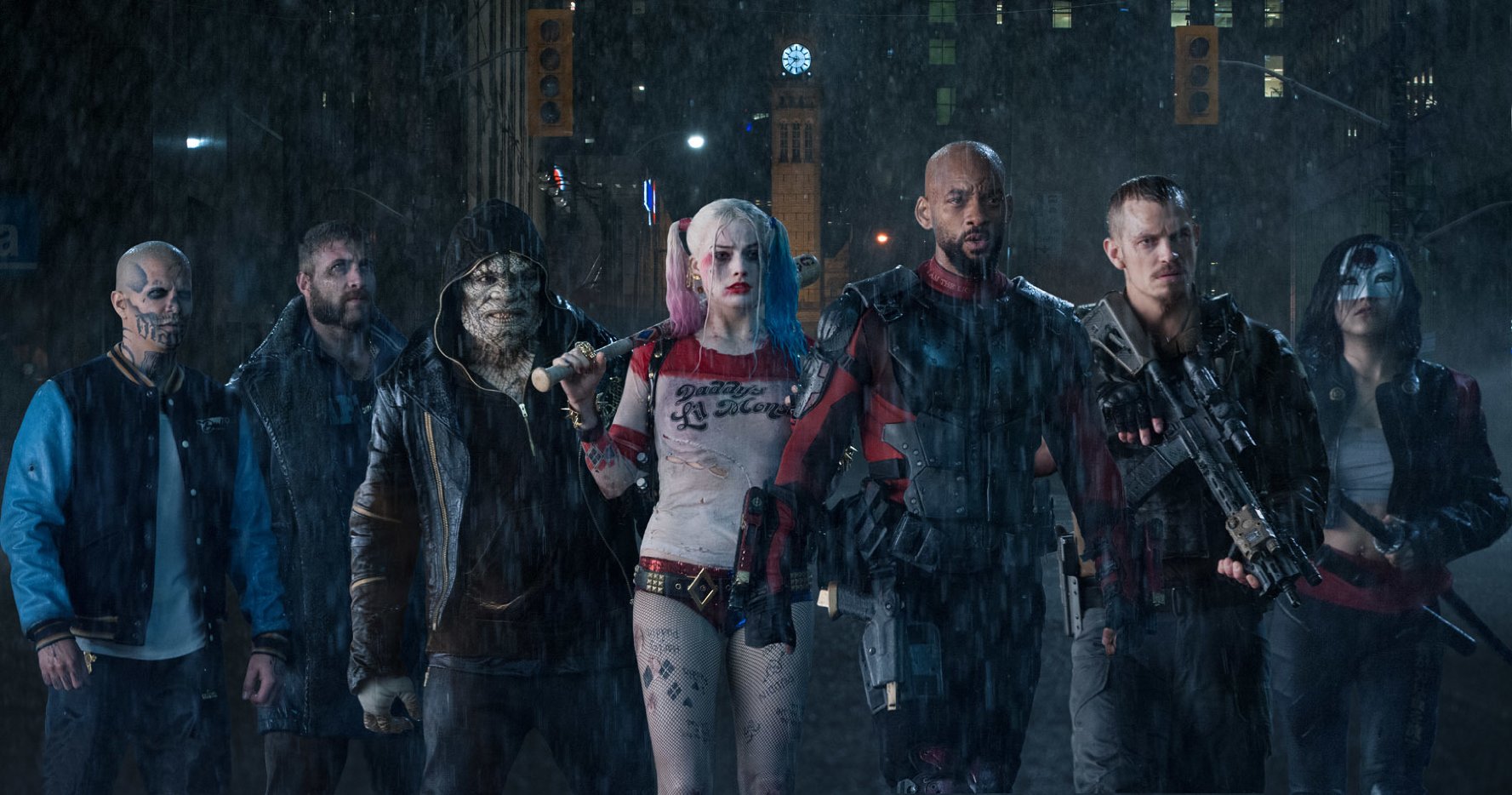 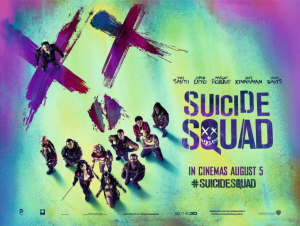 Is the hype really over?  Has ‘Suicide Squad’ actually been released?  OK, so we know the answer, although you could argue that all the fallout from the bad reviews has just stoked the fire.  And, as you settle into your seat to watch the film, it’s hard to get thoughts of the never ending build-up out of your head.  Especially the images of Jared Leto’s Joker.

So what’s the result?  A film that doesn’t live up to the hype.  But nothing really could.  Marketing on this scale raises expectations to ridiculous heights: you’d think that Warner’s would have learned their lesson with ‘Batman V Superman: Dawn Of Justice’ – which, incidentally, is out on DVD this week – yet, from the look of this, they haven’t.

The story goes like this.  The Squad are a bunch of seriously bad guys – and one bad gal – locked up in a mega maximum security prison.  Until ruthless high ranking government official Amanda Waller (Viola Davis) decides they’re exactly what she and the military need to clean up the city once and for all.  Take the mission, succeed and you get clemency.  Fail and you die.  Now there’s an offer.  And their challenge is The Enchantress (Cara Delevingne) who is using her supernatural powers to overrun the city with her army of very odd soldiers.

They’re not the blood dripping and flesh rotting variety, but they’re essentially zombies.  Which points to one the film’s big failings.  There’s nothing especially original about it.  OK, so superhero movies are usually about the same thing, good v evil, but director David Ayer has borrowed from a clutch of much better films in the hope that some of their magic will rub off.  The whole thing is badly in need of some original thought.  And the soundtrack is a case in point.  Remember Awesome Mix from ‘Guardians Of The Galaxy’?  It was part of what made the film such great fun, the choices of music were inspired – and, incidentally, it was another film about a gang of reprobates.  Here, there’s some nice musical choices – Norman Greenbaum’s ‘Spirit In The Sky’, The Stones’ ‘Sympathy For The Devil’ – and their familiarity is welcome.  But they’re used in a very pedestrian way.

The film saddles itself with an uphill task from the outset by having too many super villains in the Squad.  Most of them are introduced on the screen, one after the other, until you start to lose hope of there being any actual action, and more pop up later, with some coming and going in the blink of an eye. Yet, once you’ve got past Will Smith’s Deadshot and Margot Robbie’s utterly bonkers Harley Quinn, you start struggling to remember all the others.  There’s a guy who sets fire to things – Diablo? – another one with crocodile skin who speaks very little and makes noises like a growling lion and an Aussie.  There are too many of them, their characters aren’t strong or distinctive enough and the focus is always on Smith and Robbie.

So where is the much-publicised Leto?  In about half a dozen scenes is where.  He’s not actually part of the Squad, but trying to rescue girlfriend Quinn, so he doesn’t get anything like the screen time he deserves.  He’s disturbing, with his green hair, manic eyes and laugh, silver teeth and multiple tattoos and none of the other characters come near him for that, not even the love of his life.

Although we don’t see enough of him, Leto is actually one of the good things about the film.  So is the dead eyed, cold blooded Viola Davis as Waller, the government official behind the formation of the Squad.  You seriously wouldn’t mess with her.  And Margot Robbie makes a decent fist of Quinn, even if her footwear is even more impractical than Bryce Dallas Howard’s in ‘Jurassic World’.

But they’re all swimming upstream, battling against a script where the added humour is hit and miss, where the special effects are nothing special and where the storyline is increasingly all over the shop.  And the sad thing is that the efforts of the cast – with the exception of Cara Delevingne, who should know better – are outweighed by the film’s problems.  And you end up feeling sorry for them.