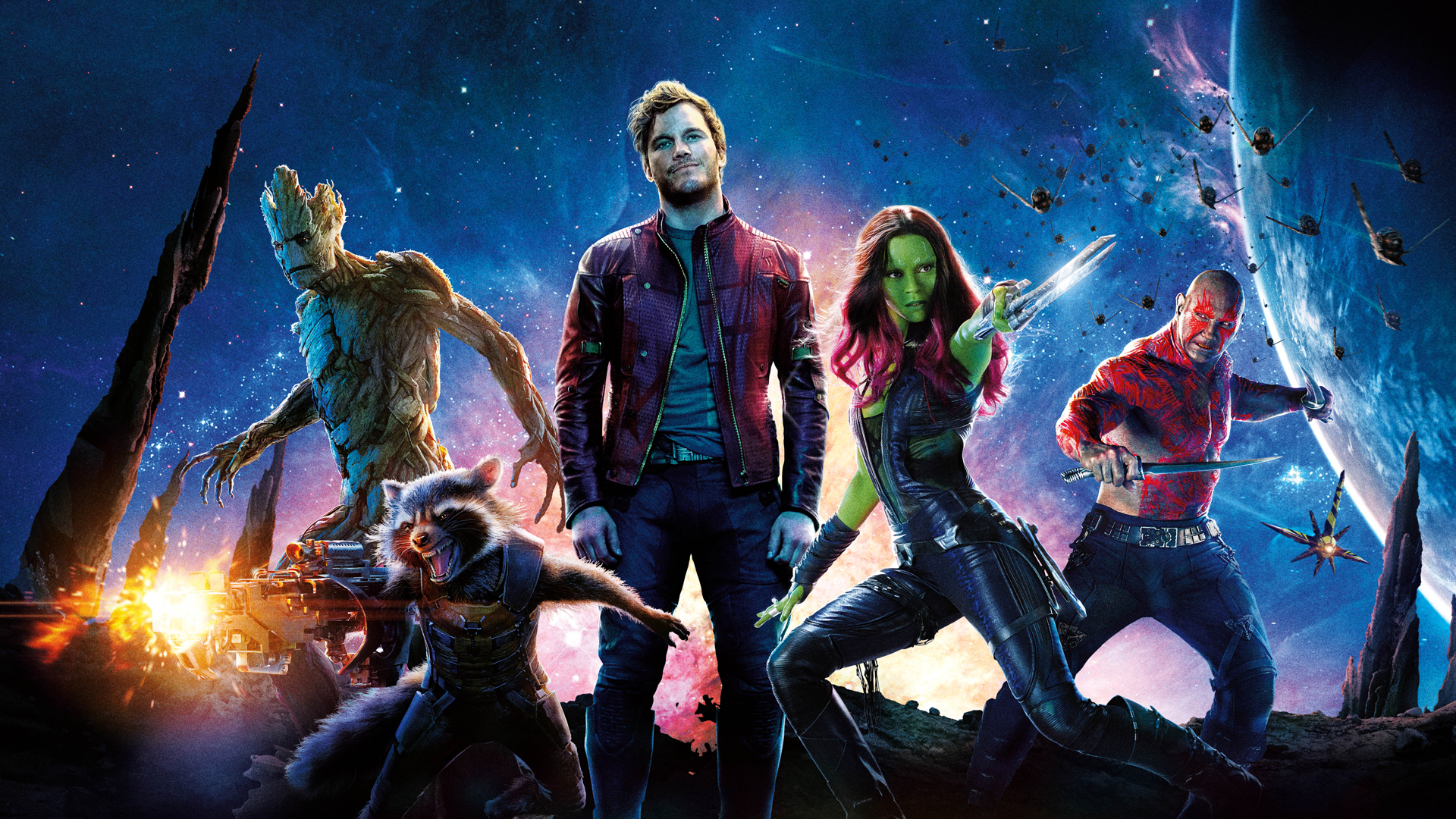 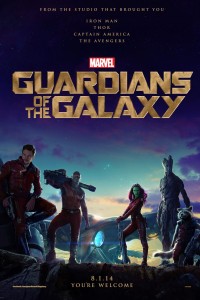 The Avengers basking in the glory of their initial assembling as they prepare for the ‘Age of Ultron’. X-Men mischievously toying with middling days of the past to unearth an exciting future. For all their admirable risk-taking on ensembles, a blockbusting punt on successfully bringing ‘Guardians Of The Galaxy’ to the big screen might just be Marvel’s most audacious. Whilst no novice to the comic book genre with the pitch-black comedic tendencies of ‘Super’, director James Gunn tackling such rebellious characters far from boasting the fierce fan base its illustrious counterparts are blessed with? Consider the odds stacked.

‘Oh look it’s Starprince!’ ‘Starlord. Starlord man!’ Self-knowing wink at the audience towards the considered obscurity? Armed with a Walkman jam-packed with soft rock sensations and an impressive arsenal of 80’s pop culture references, many years in the confines of outer space has only brought out the quick-witted, underhanded maverick in Peter Quill (Chris Pratt). Faced with tragedy in his formative years back on planet Earth, only trouble now seems to follow this particular adventurer.

Already baring witness to the fantastical otherworld grandeur of the likes of ‘Thor’, this is Marvel’s first pure ascend into outer space and fittingly in the hands of Gunn, it embraces the outlandish and wonderfully weird with a maddeningly gleeful enthusiasm. A significant leap in scale whilst retaining the eccentricity of his previous works, Gunn has created an aesthetically stunning and immersive world that for all the frenetic pacing, brims with wondrous character.

The intertwining of such elements only enhances the entertainment value of its spectacular set-pieces, underpinned by an inspired, anthemic soundtrack. From a breathless prison riot to a thrilling airborne climax that possesses enough variation to avoid being deemed a intergalactic re-run of ‘Captain America: The Winter Soldier’s finale, its sense of fun never diminishes.

Yet it’s the execution of a zingy script by its eclectically ballsy ensemble and the successful establishing of our protagonists’ unorthodox dynamic, that truly makes ‘Guardians’ soar. The tried and trusted solidity of Zoe Saldana in science-fiction fare holding well as the bad-ass Gamora, juxtaposed with Vin Diesel’s heart-warming Groot whom for all his laugh-out-loud repetition of a single line of dialogue, provides much of the film’s soulful magic.

Bulking up considerably, Chris Pratt looks every inch the leading man here with an assured, cocksure display as Starlord, proving an ideal foil for the playful interplay with Bautista’s Drax’s occasionally oblivious deadpan comedy and Cooper’s superbly cynical Rocket Raccoon. Providing the shade, Lee Pace and Karen Gillan’s Ronan and Nebula are a menacing double act that bring plenty of feisty gusto to their villainous performances.

Opera? Insert Rocket Raccoon fake laugh here. ‘Guardians Of The Galaxy’ is a brilliantly brash, frequently funny space ‘rock’n’rolla’, boasting a refreshingly zany charm that is simply irresistible. Unaware of the roguish five-piece before? By the end.. You may just be ‘hooked’ on the feeling of wanting them to return.

Dawn Of The Planet Of The Apes (Review 2)