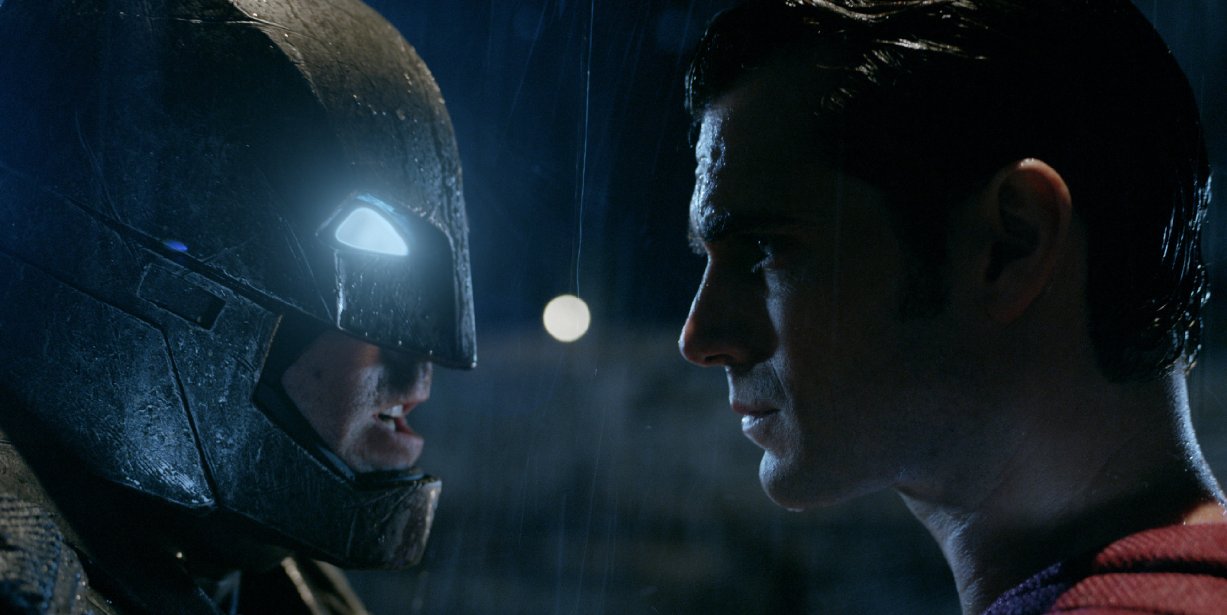 There aren’t many films that come with the hype and weighty expectation as much as this. Recently only Star Wars can compare. Comic book fans and cinema audiences have been waiting a long time to finally see Batman and Superman share the screen together.

I have to say; I am not a fan of Man of Steel. I think it was a terrible misdirection for the character of Superman and set a dangerous precedent for future films in the DC Cinematic Universe. It was a beautifully made film that got the character of Superman so hideously wrong, only overshadowed by what was a disgusting disregard for human life and wanton destruction for the sake of fighting and explosions.

When we arrive at Dawn of Justice, the tone is more sombre and thoughtful, the style restrained and filmed with a level of artistic beauty we haven’t really seen from a superhero film before. From the opening narration from Bruce Wayne to the way Batman is brought to life, it feels like a DC comic book has been ripped off the pages and slapped onto the silver screen. Which is something we’ve never really had before. Both Burton and Nolan made their versions so intrinsically their own that the roots of the characters were lost.

I’m avoiding any big spoilers here. I won’t discuss the main plot. However that leads us onto a sour note, if you have seen the trailers for BvS, then you’ve pretty much seen the whole film and have the entire plot down already. I will never understand why WB and DC allowed the reveal of Doomsday to be put on that trailer as it robs audiences of one final surprise. Comic book fans won’t be surprised by anything here and I worry regular movie goers might feel a bit lost.

It doesn’t work well as a sequel to Man of Steel, largely because it isn’t one. This is a film more concerned with world building, to the point where it stops the story dead at one point to show us what could have been a nice post credit scene, that telling a cohesive story. The much discussed cameo appearances from future members of the Justice League are grating and unnecessary, totally lacking in subtlety bar one, which clearly sets up something for a later film.

It is evident that there has been a large amount cut from the film itself, we know there is a 3 hour R Rated cut awaiting us on Blu ray and DVD later in the year, but it does very much feel like the film and what it wanted to say has been lost in what must have been a surely brutal editing process.

BvS feels choppy and disorientated, lost under its own bloat and desire to please. There’s a good film in there somewhere, and most importantly, there is a lot to like.

It’s the newcomers to the franchise that fare best.

Ben Affleck’s Batman is the star of this film and rightly so. He gives us a performance as Batman and Bruce Wayne unlike anything we’ve seen before. His Batman is brutal and uncompromising but also incredibly human, it’s a massive performance from an actor who was hugely criticised upon taking the role, and he owns every second he’s on screen. A hulking brute in the costume, an unstoppable powerhouse. It might very well end up being the defining live action Batman.

Equally I was surprised by Jesse Eisenberg. His casting was peculiar to me and the trailers don’t do a good job of showing the subtle and unhinged menace he pours into his Lex Luthor. But by the end his villain becomes over the top and hard to take seriously. He does a much better job than I was expecting.

A first time big screen appearance of Wonder Woman, more than proves that Gal Gadot is capable of headlining her own film. She’s cool, confident and has a charming swagger about her as Diana, more than a match for the boys when the climatic battle commences.

Jeremy Irons impresses in the role of Alfred, a long shadow is cast by Michael Caine, but Irons manages to make it his own, and I look forward to seeing more from Alfred in later films.

There’s lots of nice nods to the comics, some scenes come directly from comic books panels, notably The Dark Knight Returns and The Death of Superman.

What doesn’t work however is mostly carried over from Man of Steel. Particularly poor Henry Cavill, who tries his best but cannot make his Superman likeable, let down by a poor script and fundamental misinterpretation of the character. He’s brooding and angry, threatening almost every other character. It feels wrong. Amy Adams doesn’t do much better either, she is a fantastic actress but none of that comes across here, she’s saddled with a Lois Lane that has nothing to do and simply gets in the way. It would be possible to remove Lois from the film entirely and it wouldn’t make much of a difference.

This is a violent film and I can’t recommend it for younger children at all, that this passed as a 12A is stunning to me. What bothered more than anything was the sheer gratuitous levels of death and destruction, the sense that Zack Snyder learnt nothing from the outrage heaped upon Man of Steel, once again giving us buildings being vaporised, people being shot and blown up constantly, to the point where you become completely desensitised to what you are seeing. Snyder shows us in the film’s rare quieter moments that he can do better, he can do more than be a more stylish Michael Bay, but overall the city wide destruction from Man of Steel continues and I am left wondering where the two part Justice League film will take us in terms of escalation.

Ultimately I was disappointed. Mainly because this isn’t a bad film, it’s not badly made and the acting is generally excellent. More that there was an abundance of potential here and much of it is squandered. It feels rushed and undercooked at times, it being made clear that this is Snyder’s vision and he won’t listen to the criticisms levelled at Man of Steel.

DC are hoping to launch their cinematic universe off the back of BvS and I don’t know what that is going to be like. I don’t even know it is something I am looking forward to seeing, I can’t help but think DC have tried so very hard to forge something new and distinctive, and in doing so they have forgotten why people have loved these characters for eighty years.