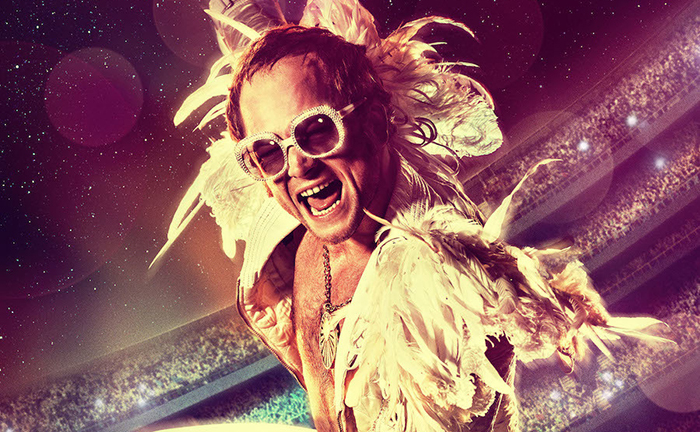 The official announcement for the Cannes 2019 line-up is still 10 days away, but reports are flocking in that Paramount’s Elton John biopic Rocketman, starring Taron Egerton as Watford’s prince of rock n’ roll, is set to debut at the film festival.

Rocketman’s inclusion in the list of exhibited films has been assumed for some time, given the picture’s official release on the very-convenient date of the 24th of May (the festival will run from the 14th to the 25th of May). The feature’s screening is expected to be the second most-coveted, behind only Quentin Tarantino’s Once Upon a Time in Hollywood, which is also set to debut at the event.

Directed by Dexter Fletcher (Eddie the Eagle, also starring Egerton), who also partially helmed Bohemian Rhapsody following the departure of disgraced director Bryan Singer, Rocketman will be a musical biopic that charts Elton John’s meteoric rise, from his days at the Royal Academy of Music to becoming one of the biggest singer-songwriters in the world – and the perils of the fame and addiction that accompany that international success.

Paramount have refused to comment on the film’s Cannes premiere.

Nadja Regin, Bond Girl In From Russia With Love And Goldfinger, Has Died Aged 87