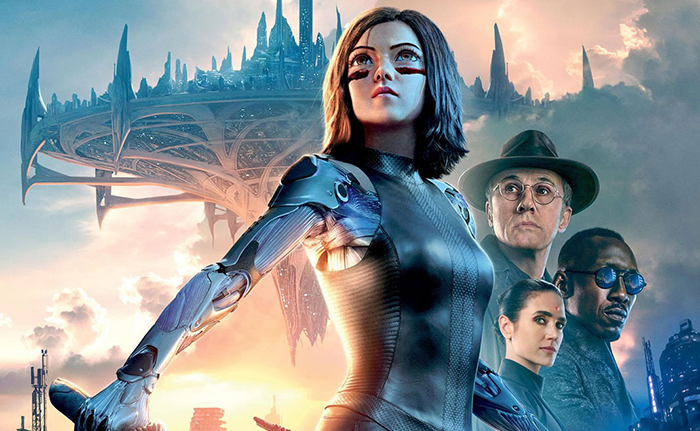 The feature opened to $27 million over a three-day weekend – slightly above its predicted $22 million bow. The film also earned $41 million total, over $10 million over what it was projected to earn. That’s good news for Rodriguez, and studio 20th Century Fox, but the film still has a long way to go before it can reasonably be considered ‘profitable. Indeed, the picture comes with a pricey $170 million budget, before marketing. Given that the general rule of thumb in Hollywood is ‘2x budget at the box office = profit’, the film is still looking at an uphill struggle to not be considered one of the biggest flops of the year.

An adaptation of the first four volumes of Yukito Kishiro’s 1990 manga Gunnm, Alita: Battle Angel was originally slated for a December 2018 release – amidst the crowded competition of box office juggernauts Aquaman, Mary Poppins Returns, and Bumblebee. Sensing defeat, 20th Century Fox wisely bumped the feature’s release to the first quarter of 2019, a move that seems to have stopped the flick’s debut being an unmitigated disaster ala Mortal Engines; the $100 million-budgeted December release that finished its North American theatrical run with just $15 million.

The film’s slight disparity in projections and cume seem to come from an unexpectedly positive word-of-mouth. Despite a critical drubbing, certain audiences are finding enjoyment in the film – whether that public enthusiasm will snowball, Venom-style, remains to be seen. But there is still something of a chance for Alita.

Alita: Battle Angel is in UK cinemas now, rated 12A.