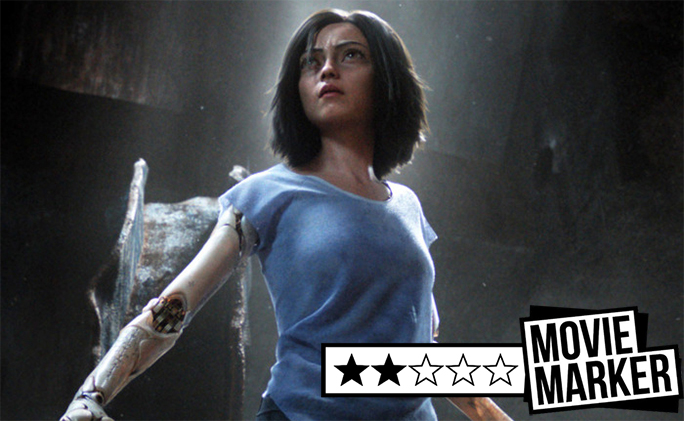 Speculative sci-fi is a genre built upon a foundation of human curiosity; it’s a genre that asks questions such as “Where are we going?”, “What could that technology look like in a few hundred years?”, and “Are we alone in the universe?”. Good speculative science fiction offers us a fresh lens with which to contextualise our lives. Unfortunately, the only question one finds themselves asking whilst watching Alita: Battle Angel is “Who the hell is this for?”

Taking place in the 26th Century, director Robert Rodriguez’s film follows as Dr. Dyson Ido (Christoph Waltz) discovers the remains of a cyborg in the scrapheaps of Iron City, below the floating metropolis Zalem. After rebuilding her, the newly-christened Alita (Rose Salazar) awakens with no memory of her past life, and sets out to discover who she really is. Along the way she’ll cross paths with cybernetic bounty hunters, cruel gangsters, and the players of a high-tech sport known as Motorball.

Trying to summarise the events of Alita: Battle Angel is a Herculean task – the film, a hodgepodge adaptation of the first four volumes of Yukito Kishiro’s 1990 manga Gunnm, is aggressively schizophrenic. Stumbling wildly from set-piece to set-piece, genre to genre (there’s vastly more sports movie in here than you’d expect from the trailers), its almost respectably earnest in its gleeful devotion to being utterly pants. Too often Alita feels like half-watching someone play an obscure Japanese video game from the mid-2000s on Easy Mode; all bombastic action and overwrought dialogue. 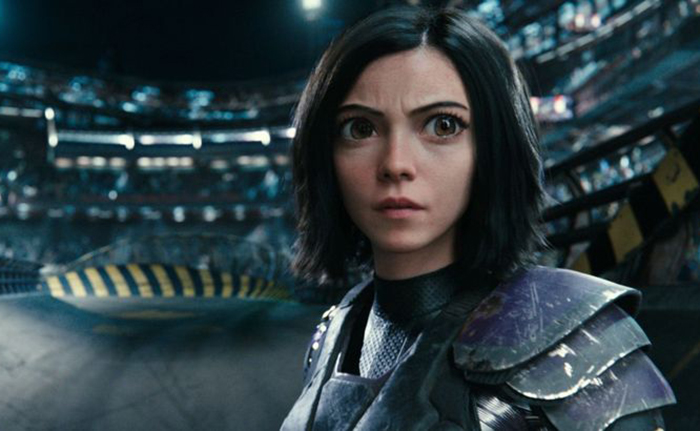 To its credit, the world-building and art design on display are both tremendous; a collaboration between Avatar’s James Cameron and Rodriguez, this is a fully-realised vision of the future, with impressive visual storytelling that totally immerses you in its post-apocalyptic dystopia. But all of those gorgeous visuals are then all the more troubling, wasted as they are on the most trite, bland, and predictable story this side of an episode of the Mighty Morphin’ Power Rangers.

The beautiful, physical props and sets are also in service of what is, essentially, a glorified tech-demo. Make no mistake, Alita’s initial cyborg body is a wonder of digital wizardry; the ornate, semi-translucent pearlescent prosthesis feeling like a tangible, integrated facet of her world. But her face. Oh god, her face. It never stops being unsettling, a soon-to-be fixture of university lecture halls looking to explain the concept of the ‘uncanny valley’. Meanwhile, the floating heads of other mo-capped actors (notably Deadpool’s Ed Skrein as the ‘Hunter Warrior’ Zapan and Caspar Van Dien’s brute Amok) don’t fare much better, with the cyborgs often resembling their own plastic Funko bobbleheads. The film is slavishly devoted to its own rules, though, and even the technological monsters of the Motorball track each have their own visible human features – never once looking natural, or any less like they’ve simply had their faces slapped on to the crotch of a Michael Bay Transformer.

These elements aren’t just unnerving, though. They act as a very real visual metaphor for the entire movie – somehow both over-designed and staggeringly generic, and perpetually looking overwhelmingly fake. And in a feature so devoted to the idea of style and spectacle over character and story, that fakery is the uneven foundation that topples the entire production. 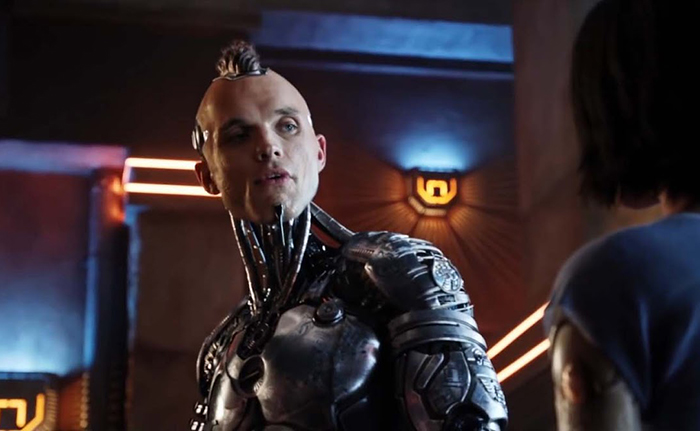 Waltz does his damnedest to bring some heart and emotion to the proceedings, but even his dulcet tones cannot make the title ‘Hunter Warrior’ sound any less like a silly, literal translation from another language. Salazar is buried under miles of distracting CG, but even without it her performance (seemingly striving for wide-eyed – pun not intended – youthful exuberance) is so hammy it’d be served in a Wetherspoons with a pile of chips and a slice of pineapple. Mahershala Ali and Jennifer Connelly each mumble their way through a pay cheque, and the less said about Keean Johnson’s cheese-filled love-interest Hugo, the better. Even Junkie XL is squandered on the score, his usual level of techno-orchestral grandiosity conspicuously-absent.

Not bad enough to be an entertaining ironic watch, and not good enough to waste the indulgent-feeling two-hour run time on, Alita: Battle Angel is like watching Real Steel fronted by one of the kids from Polar Express, and with every ounce of joy inherent in that phrase sandblasted away until all that remains is the blandest, safest product possible.