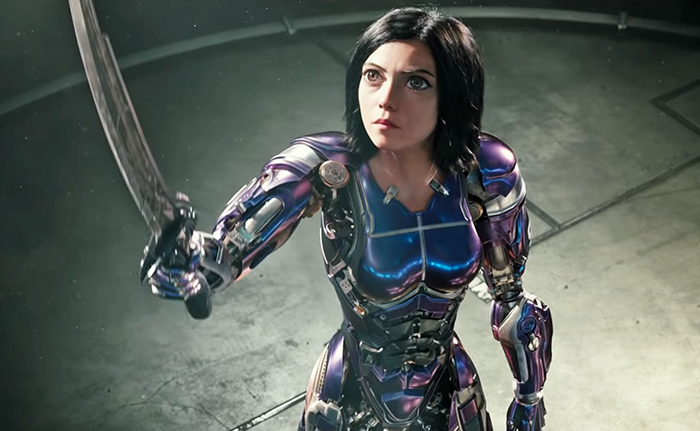 The James Cameron / Robert Rodriguez cyberpunk collaboration Alita: Battle Angel is on course for a dramatic and colossal failure at the international box office when it launches domestically this coming weekend.

The feature has already launched in the UK, coming in second behind The LEGO Movie 2: The Second Part over the February 8th-10th weekend, and drawing a fairly mediocre £3.2 million gross. Those numbers aren’t a disaster on their own merits, to be sure. But they still don’t bode well for the costly science-fiction feature.

Indeed, as things stand presently, Alita: Battle Angel is projected to score a $22 million opening weekend, with a $30 million five-day estimate. Again, not atrocious numbers, but the flick comes with a $170 million price tag, before marketing. Given that the general rule of thumb in Hollywood is ‘2x budget at the box office = profit’, the film could set itself up as one of the biggest flops of the year.

Poor critical reception hasn’t helped matters, but the feature never seemed to latch on to the public consciousness in any tangible way prior to the lifted embargo. An adaptation of the first four volumes of Yukito Kishiro’s 1990 manga Gunnm, Alita: Battle Angel was originally slated for a December 2018 release – amidst the crowded competition of box office juggernauts Aquaman, Mary Poppins Returns, and Bumblebee. Sensing defeat, 20th Century Fox wisely bumped the feature’s release to the first quarter of 2019, but the move still hasn’t done them many favours.

Domestically the flick may suffer, but projections for Asian territories are looking significantly more promising; it launched in South Korea with $10.9 million and Taiwan with $4.7 million, and is tracking well for Japan and China for this coming weekend. Alita is already outpacing the similarly effects-driven CG spectacle Ready Player One by 5%. If those numbers hold, the film could earn as much as $250 million in the East; saving the studio from a significant loss. No doubt all eyes at Fox are on the land of the rising sun, this weekend.

Alita: Battle Angel is in UK cinemas now, rated 12A.