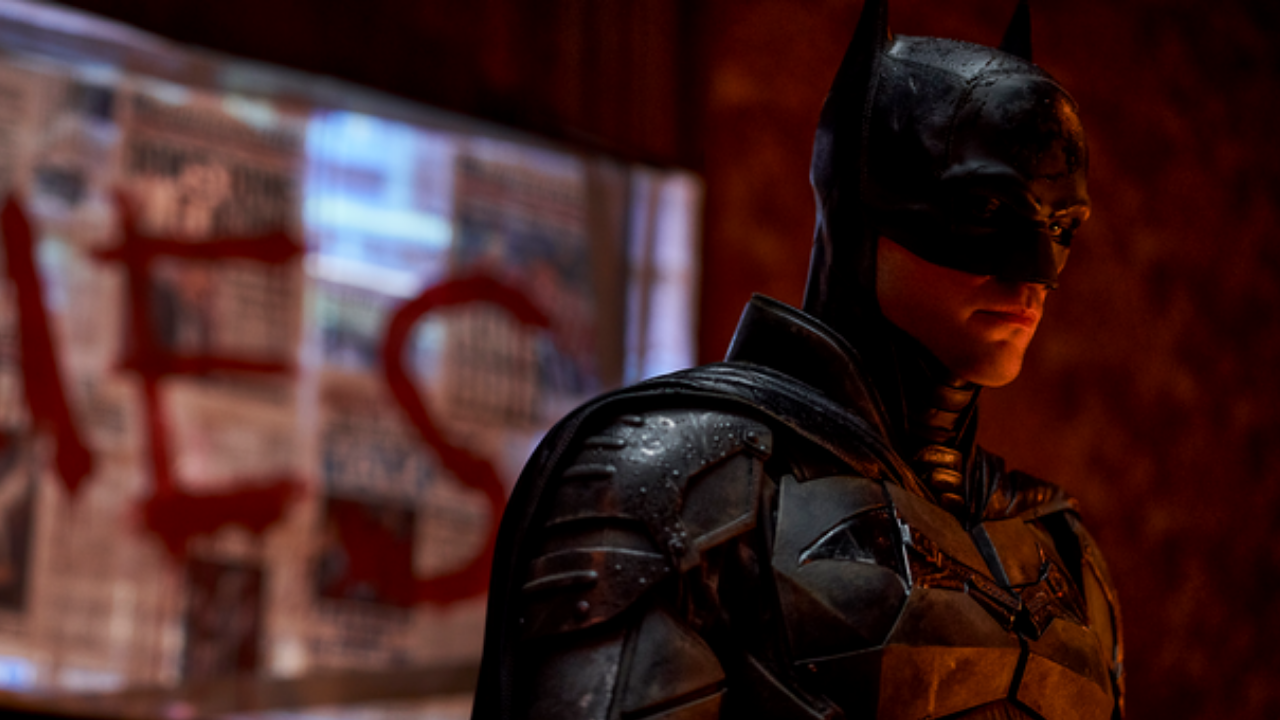 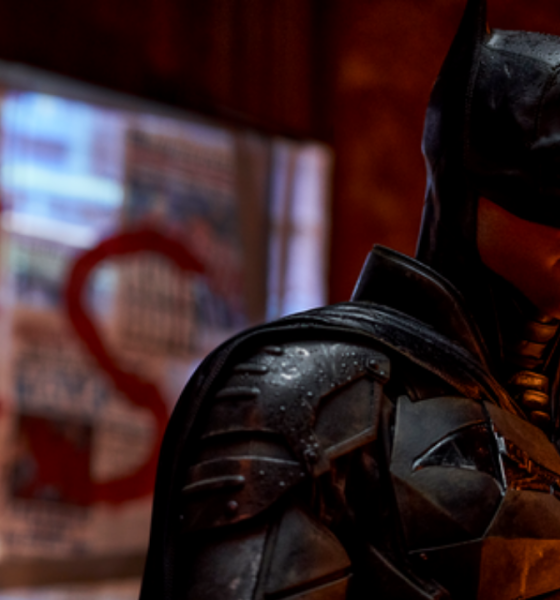 A sense of disquieting stillness imbues the voyeuristic prologue that opens The Batman: armed with a smothering grid of a camera viewfinder, we find ourselves intruding upon the life of a corrupt mayor of Gotham City, Don Mitchell Jr. (Rupert Penry-Jones). It’s Halloween, but the joyous night of celebration is about to be marred by cruelty and bloodshed, as the twisted Riddler (Paul Dano) now has a front-row seat to his sick game of justice. Ostensibly inspired by the paranoidal delirium of Francis Ford Coppola’s The Conversation, director Matt Reeves infuses his matchless vision of the world’s greatest detective with an unmistakeably sombre dash of vigilante noir – a comic book thriller for the age of QAnon that sees Batman at his most vulnerable, inexperienced self.

In this interpretation of Gotham’s murky underbelly, the most renowned caped crusader gets entangled in a web of lies, corruption, and the city’s sinful past. It’s been about two years since Bruce Wayne (Robert Pattinson), a wealthy young aristocrat with a passion for justice, first took on the Batman cowl. The city needs the winged vigilante, as the GCPD is a cesspool of dirty cops and the elected mayor is on the payroll of Gotham’s most notorious mobster, Carmine Falcone (John Turturro). After forging an unlikely alliance with Selina Kyle (Zoё Kravitz), Wayne realizes that this story is much bigger than just a righteous plan of one sadistic trap maestro – this whole damn city is rotting from the head.

When it comes to the origins of Batman, there are certain cues that most writers and filmmakers adhere to: Wayne’s tragic past that gives way to caped vengeance, loyal butler Alfred as his kind-hearted father figure, and the opulent playboy persona that acts as a daylight façade for nightly Bat vigilance. Setting aside Zack Snyder’s boldly fascistic rendition of the mentally broken Knight, few artists managed to successfully interrogate Bruce Wayne’s life-altering scars beyond his repressed rage and the omnipresent iconography of Martha Wayne’s pearls. Reeves and his co-writer Peter Craig, however, present a starkly different canvas – one instilled with thematic darkness, yet never devoid of earnest confessions and emotional growth. Robert Pattinson’s exceptional portrayal of Bruce Wayne is a disturbed mess, a brooding vigilante with an affinity for detective work and self-imposed victim mentality, trapped within the legacy he was born to inherit.

Taking notes from The Long Halloween and Batman: The Telltale Series, it is evident that Reeves sees Batman as a modern-day Jake Gittes. The very first crime scene in the film has Batman and James Gordon (Jeffrey Wright) investigating a grisly murder that evokes the likes of Se7en and Zodiac, complete with severed thumbs and twisted riddles. For a relatively family-friendly superhero affair, this is quite possibly the most radical and genuinely disturbing on-screen adaptation of the Dark Knight – Reeves and his background in genre cinema certainly played a crucial role here. Even when Wayne isn’t following The Riddler’s bloody trail, the film’s tone keeps in line with the film noir mode established in the Batman-narrated opening that feels reminiscent of Rorschach’s journal from Watchmen. It’s a welcome reminder that blockbuster filmmaking can still defy expectations and experiment with existing IPs, as between The Matrix Resurrections and The Batman, Warner Bros. seem to be on the frontlines of multiplex-appropriate idiosyncrasies.

Among many of the film’s bad guys, the most thematically interesting and morally complex role is played by the elusive Riddler. Paul Dano’s sinister take on the classic DC villain plays out similarly to last year’s Spiral killer: dismayed by the rise of profiteering by Gotham’s elite and the filthy reign of crooked cops, Edward Nashton opts to utilise a crimson red brand of justice. This characterisation is surprising due to the character’s seemingly parallel dynamic with Batman and his inherent terroristic tendencies that fit very much in line with the rise of live-streamed reactionary radicalism. Just like the flamboyant character he’s based on, Dano’s Riddler isn’t a physically menacing villain, but rather a virtuoso manipulator with a flashy modus operandi. Never in the film does he engage in hand-to-hand combat with the winged detective – it’s all about the battle of wits that this fresh-faced Batman finds himself in. Luckily, Reeves is careful not to overstep into blunt moralism, instead unleashing a multifaceted mastermind who can easily rival some of the most iconic on-screen Batman villains.

Despite all the darkness that permeates the film’s behemothic 3-hour runtime, The Batman isn’t a bleak film. By thoroughly examining Gotham’s deepest wounds and vengeful spirits, Matt Reeves establishes what might be our most hopeful and emotionally stirring Dark Knight story this side of Mask of the Phantasm, confronting Bruce Wayne’s past and forging a path for Batman’s future. It is a meticulously crafted, dramatically daring work that challenges the viewer’s presuppositions about comic book characters, their conflicting beliefs on morality and vigilantism, the notion of childhood trauma as the catalyst for self-destructive tendencies. This is the Batman that not only learns how to be a watchful protector, but a healthy human being who chooses to accept his transformative scars and finally perceive the pain of others. Sure, Gotham may be a grim city full of crime-infested alleys, but it finally has a beacon of hope – and so does Bruce Wayne.