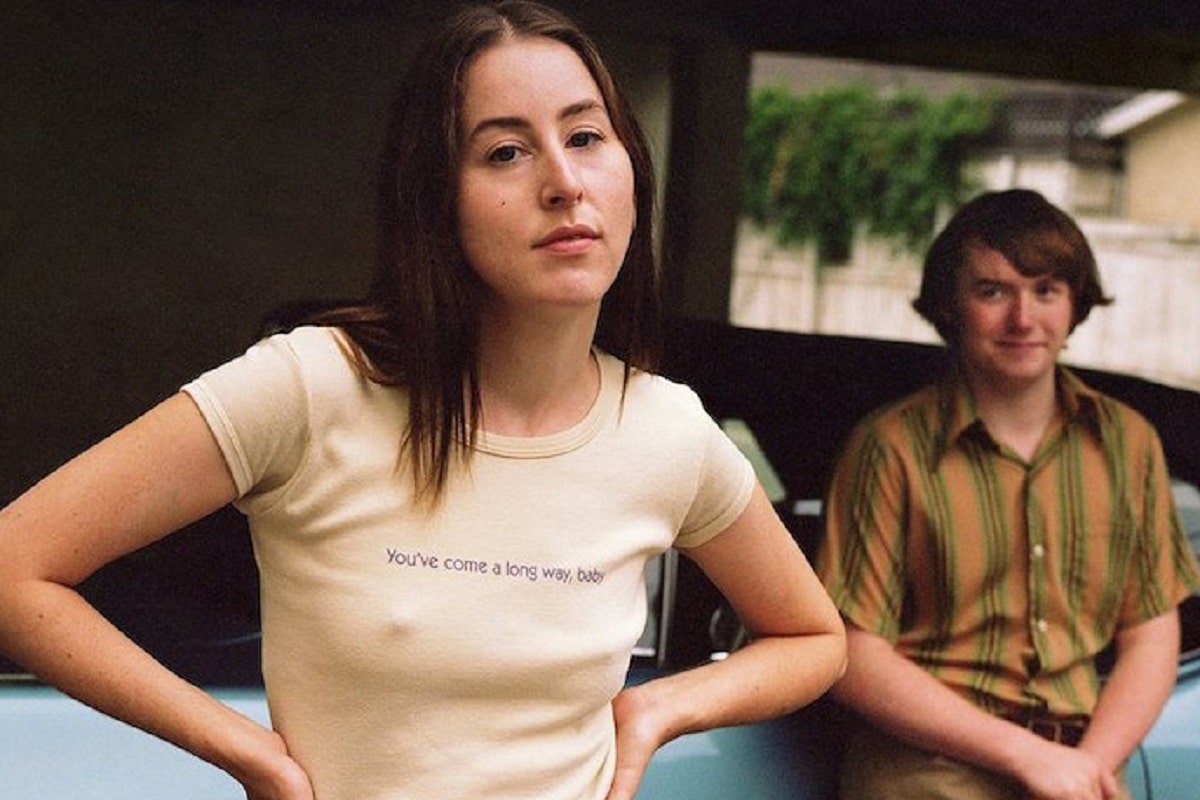 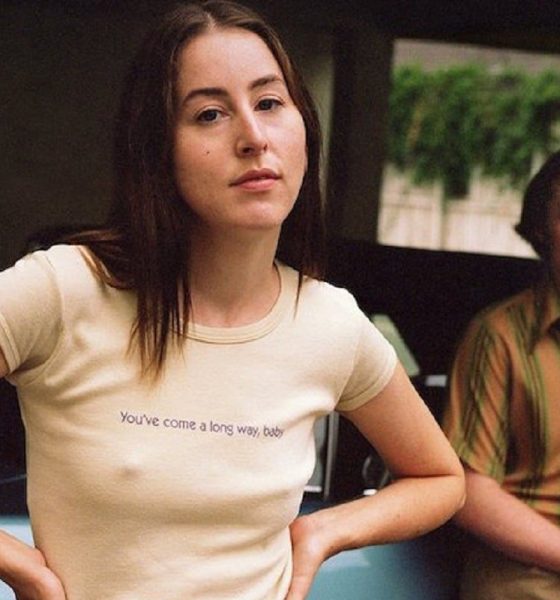 Licorice Pizza is a work of art that lives and breathes under the aesthetic guise of a hangout film, delivering Paul Thomas Anderson’s typically exquisitely written and developed characters, as well as a definitive entry in the coming-of-age genre, culminating in a film of elated joy and understanding of the human experience. Anderson is a filmmaker of considerable complexity and density. His films explore the complexities of human relationships and how they are mostly toxic and co-dependent, yet fundamental to how we grow and change. Licorice Pizza beautifully combines California’s freewheeling energy and complex world-building within his earlier films, Boogie Nights and Magnolia, with the emotional complexity and absorbing moments of tension from his later films, There Will Be Blood and The Master being called to mind. Yet, Anderson effortlessly incorporates the awkwardness, humour and scathing but ultimately endearing views of romance seen in Punch Drunk Love and Phantom Thread. Along with the elevated, sun-drenched, kaleidoscopic imagery first seen in his Inherent Vice.

Licorice Pizza is a staggeringly gorgeous culmination of Anderson’s career, delivering his funniest and most heartfelt film. Licorice Pizza is defined by its tactility in the moment from its outset, Anderson’s lingering long takes on Alana and Gary vitally introducing them as individuals, as a pair, and most importantly, as kids performing for an audience of adults and for each other, love presenting the moments of true authenticity to see past the masks, we think we must wear in order to come of age.

In 1970’s San Fernando Valley, California, Gary Valentine and Alana Kane navigate their complicated emotions for one another as they run around, go into business and grow up together, confronting everything American society has to throw at them. It’s worth noting that the film has drawn a mild level of controversy surrounding the age difference between the main characters, Alana is 25 and Gary is 15. This is the film’s core, as these characters are at different points in their lives but share an emotional connection. Anderson’s telling of this story is humanistic in his presentation of early 20-year-olds to still be children in a sense, they are adults in training, figuring out their place and role in the world as well as within themselves, and so no different from teenagers who are equally confused and in search of meaning.

Licorice Pizza’s approach to the coming-of-age genre is refreshing in its use of tropes only to subtly subvert them for a deeper introspection of its characters, in turn revealing the integral nature of first love in the development of a person. Anderson doesn’t vie for cheap answers here; he explores the intricacy of how first love is toxic and co-dependent, a conflux of misunderstandings and warped jealousy, pondering the nature of how could kids understand one another when they don’t even understand themselves, seeking ways to make the other feel the hurt they feel within themselves. This is the only form of self-expression they know. This is explored through Gary’s various lines of professions, initially starting out as a child actor, enforcing the irony of him pretending to be a child, as an actual child, and yet he views himself as an adult. Gary is always performing, as he so eloquently puts it: “It’s what I was born to do.” Alana is the antithesis to Gary, always showing her authentic self even at the erosion of relationships, jobs, or even her own self-respect, as she clearly harbours regret over where she is now as a mid-twenty-year-old and how she got here; always looking for a way out of Encino. This longing for a life that feels “adult” connects her and Gary, their relationship exposing her own performativity to cover her insecurities. This central dynamic establishes and furthers the consistent push and pull of their relationship that formulates the film’s first half, their courtship punctuated by moments of tension that beautifully articulate the awkwardness of the inability to express oneself to their love. This is particularly true in one of the all-time great Paul Thomas Anderson scenes, with a silent phone call between Gary and Alana.

Cooper Hoffman and Alana Hain are exceptional, the film genuinely being a two-hander between them, with their chemistry being organic and utterly delightful, while their scenes separate from each other, they both hold their own amongst the star-studded character roles. Hoffman has a softness, confidence, and earnestness that makes Gary sympathetic and selfish, living in a world all his own. Hain brings a sardonic twist to her sadness that accentuates her longing to be with Gary and why she feels she needs to be an ‘adult’ and date someone in her age range. In this aspect of the Licorice Pizza, Anderson explores new territory: heterosexual gender roles. Alana is consistently faced with older men, getting her to wish in the way of being seen as an adult. Still, she is exploited in some way in each of these interactions, while Gary wants to desperately to be an adult, to grow up and prove himself as a man who can provide. This dichotomy burgeons out as teenage rebellion or entrepreneurship, the pair attempting to break out of these roles as they discover who they are and what they want out of life.

As with all of Anderson’s work, his characters reflect the changing social paradigms of America, yet here, the fluctuation of the American 1970s is perfectly attuned to the characters changing views of themselves and the world around them. This is beautifully and hilariously exhibited through Gary and Alana’s waterbed business, whose metaphorical significance reflects both the singularity of that moment in American furniture sales and how growing up, with all of its messy contradictions and constant changes in oneself, has a liminal quality. Anderson shows these moments with the framerate slowed down ever so slightly to capture the beauty of moments that are fleeting yet defining because of that fleeting feeling. This eventually extends into Anderson’s key point as to what it is like to come of age in America: you either have the world view that the world is yours to capitalize on, further entrenching social customs, or the world is a place you try to change because of the freedom’s America seems to promise at birth. Within this, Anderson also reflects the oil crisis and changing political landscape to show the susceptibility that Gary and Alana are under from the world around them and to each other. This is where Bradley Cooper, Sean Penn, and Benny Safdie all shine, all finding moments of softness amongst their swaggering bravado and satirical take on these characters.

To deem Licorice Pizza a triumph or masterpiece would be to understate the magic Anderson has created here. The film is those things and so much more, but it’s really an affirmation of the joys of life and the connections we make with others. The direction throughout is superb, with some of Anderson’s best cinematography and editing because of the minimalism of it speaking volumes, reflecting how the small moments of our coming of age are often the genuinely defining ones, seen in a wonderfully tense but equally elated police station reunion, and the film’s bittersweet, melancholic, and ambiguous ending. In both instances, Anderson’s humanity shines through, the moments of sweetness and true connection tearing through moments of tension, which creates some of, if not the, funniest moments in a film this year. The title itself, Licorice Pizza, is the core thematic push and pull of Alana and Garry’s first love: sweet and savoury all in one, but that this is also a once in a lifetime experience. The film is not about growing up to be an adult but about finding out how to pretend to be an adult. That first loves are fundamental in this process because we want someone to see us amidst the performativity of being a kid. Anderson lets these moments seep through in imagery and silence of exchanged looks. Gary and Alana are like us all: scared kids deep down, pretending to know what we are doing, while also thinking we are always older than we are, never actually ready for the randomness and spontaneity of life, until someone comes along to pretend with us and let us live in the beauty of the moment with them.