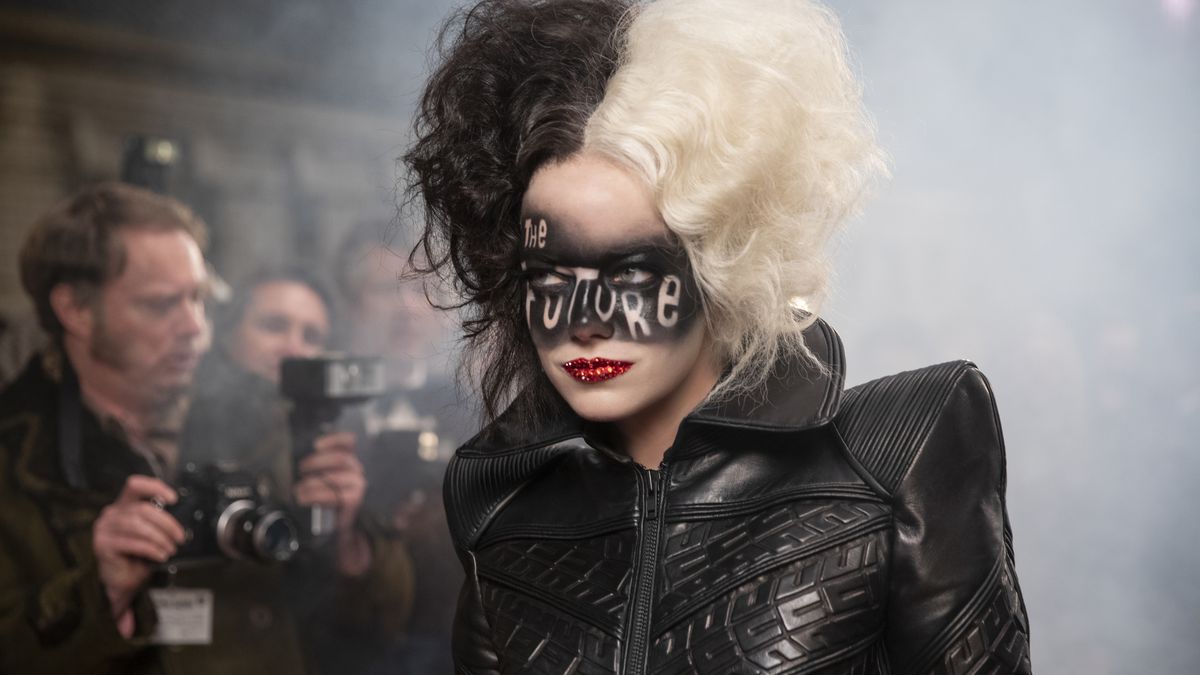 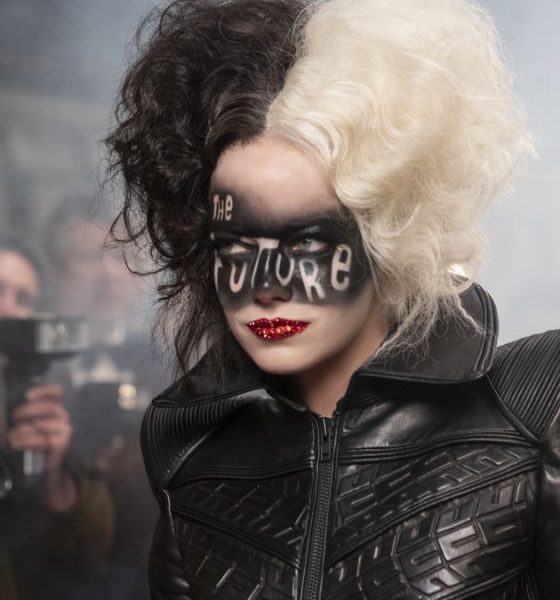 Released: 28th May 2021 in UK Cinemas and via Home Premiere on Disney+

Seemingly hellbent on reimagining a beloved back catalogue for contemporary audiences, the quality of Disney’s live-action offerings up to now has left a lot to be desired. Many have been found guilty of ringing hollow even in capable hands, and their own distinctive voices visually and narratively stifled. Infuse this with Hollywood’s recent desire to deconstruct the backstories of an array of iconic dastardly villains that have easily tarnished multiple legacies in the process in how they’ve diluted the core element that made them so compelling. At first glance, it’s no wonder the concept of giving the fur coat fabulousness of Cruella De Vil such treatment seemed barking mad to many.

When it comes to director Craig Gillespie, he’s hardly a stranger to uncovering new layers of chilly characters through his assured handling of controversial figure skater Tonya Harding in 2017’s I, Tonya. Serving us a titanic high fashion face-off as its leading lady Emma Stone unenviably follows in the footsteps of Glenn Close, who has had ample practice already in delivering a refined British accent after her Yorgos Lanthimos collaboration The Favourite. Cruella is the anarchistic, supercharged shot in the arm this mammoth studio effort has been in dire need of.

Overcoming a stilted childhood opening with considerable ease condenses down the clear ambition and drive its female protagonist will inevitably possess in her prime whilst teasing the ridicule and tragedy that will cloud her judgment. We are swiftly propelled into the exhilarating angst of 1970’s London, with the acts of excitable rebellion all too common with the mischievous trio of Cruella (Stone), Horace (Paul Walter Hauser) and Jasper (Joel Fry) roaming the streets.

Displaying a nifty sleight of hand, she doesn’t anticipate scrubbing the grubby floors of a top-tier fashion house in Liberty instead. Her hopes continuously crushed of putting her own stamp on the window displays that are marvelled at daily by potential customers, it sets her up on a collision course with the devilish pomp of Emma Thompson’s Baroness, who has made a precious career out of taking credit for other’s craftsmanship. Cutting in her stinging remarks, she ends up being the vital vessel in which Cruella can finally unleash her wealth of creativity upon the capital. However, through further alarming observation, is there a deeper connection between these two formidable women than first realised?

Holding up a lens to an industry that can feel quite inaccessible and cold. Gillespie takes great delight in walking us through this sumptuously crafted world that is dripping in impeccable period detail and populated with lush garments that are just to die for. His use of dizzying tracking shots as we’re paraded through these establishments creates a welcome level of immersion in this indulging of fashion history, imbued by its punk rock stylings that make for a heady and effective mix.

The striking production and costume design from Jenny Beavan and Fiona Crombie is a killer character within itself, enabling Gillespie to draw out the finer details of Cruella’s psyche. The dialled down red of her hair at the height of her envy, yet she cannot fully commit to the version of herself she truly wants to be. Contrasted with the fiery beaming shade of her dress in her opening, verbal tussle with The Baroness.

The removal of a single glass represents the ceiling she’s about to smash through and the fragility upon which her adversary’s longevity is built upon—breaking out from the confines of such establishments and spilling onto makeshift catwalks in the Regent’s Park area. In these grandiose public declarations of intent, musical heavyweights like Blondie and Tina Turner are soundtracked, fittingly capturing that same energy. Cruella is presented as a figure long starved of attention for all her underhanded tactics and seemingly doesn’t want her fellow woman borne out of similar hardship to experience the same.

Aside from the film’s ropey opening, the other minor flaw here is the delivery of a third act reveal that is integral to its central conflict.  Not quite packing the intended punch initially, at least, which is largely down to how underwritten Mark Strong’s valet to Thompson’s Baroness John is in the early frames. Such a plot point is thankfully redeemed by the utter brilliance of its two female leads, who flesh out the most delicious rivalry. Revelling in the razzle-dazzle and deviousness whilst she’s positioned as the antidote to such snobbery. Emma Stone is simply superb in this role, truly coming into her own in a defiant emotional salvo late on that emphatically buries any lingering doubt she couldn’t measure up to previous iterations. Vamping it up in wicked style, Emma Thompson is a riot as The Baroness. The latter has frightfully little time for sentiment or worthy competition, with the scenes they share together proving dynamite.

Elsewhere the humorous interplay applied by Cruella’s partners in crime, Horace and Jasper, is a welcome breather from the fierce fashion, with Paul Walter Hauser and Joel Fry riffing off each other brilliantly. Perhaps like Strong, though, you are a touch short-changed in the realisation of John McCrea’s vintage shop worker/aspiring rock star Artie, who provides key insight into this world for Cruella. In an intense ongoing debate about LGBTQIA+ representation from Disney films and these sweeping declarations about its first openly queer character on screen. For all of McCrea’s spirited efforts, the execution here still feels like baby steps. The same applies to Kirby Howell-Baptiste’s photographer Anita Darling who, whilst impressive in small bursts, isn’t quite given full licence on this occasion to build on the fun exchanges had with Stone.

A couple of tweaks in its narrative tailoring wouldn’t have hurt. But with a dynamic duo at the peak of their powers coupled with inspired direction from Craig Gillespie. In the wake of redundant ‘reworks’, the supremely entertaining Cruella is far from a dog’s dinner, establishing its own thrilling identity with aplomb.

The Conjuring: The Devil Made Me Do It ★★★