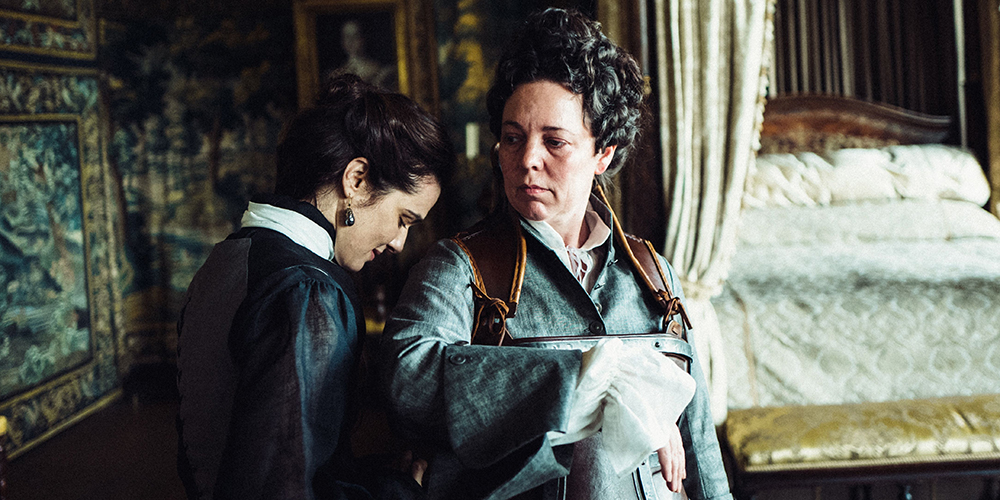 Yorgos Lanthimos’s uncanny knack for exposing the grotesque in tragedy flourishes in The Favourite, the director’s latest trip down the rabbit hole. Appropriately enough, it’s more Alice in Wonderland fantasy than period comedy-drama, both in its sense of irony and visual references. Shot on location at Hatfield House and Hampton Court, with lavish costume design by Sandy Powell and crisp cinematography from Robbie Ryan, The Favourite is visually gorgeous.
Lanthimos has set up a love-hate triangle based on historical figures. Olivia Colman as Queen Anne is magnificent despite a sketchily written role while Rachel Weisz excels as her bossy best friend Sarah Churchill, Duchess of Marlborough. Emma Stone, as Abigail Masham, is the catalyst who exposes the cracks in an increasingly fragile friendship between the two women. A sumptuous and ribald film, The Favourite opens with a tone of amused cruelty,  continuing in that vein with a succession of do-as-you-would-be-done-by moments. Who will have the upper hand by the last scene?
Allusions abound. As the power games ramp up in intensity, hints at Alice in Wonderland become hefty shoves. Queen Anne keeps rabbits in her bedroom – they serve as substitute children – and, when she hosts a grand ball, her make-up, face powdered white and heart-shaped red blusher on her cheeks, leaves no doubt about the intended parallels. 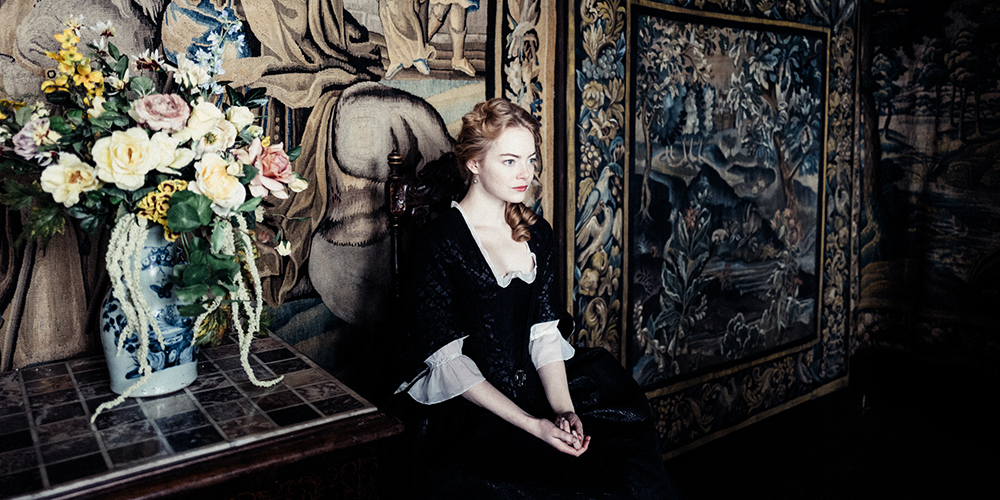 The Lewis Carroll theme continues… through the looking glass. There is a wonderful sense of forced perspective when Nicholas Hoult, playing Robert Harley – for a time leader of the opposition – towers menacingly on the edge of the frame as he speaks. Occasional extreme wide-angle shots, at one point reminiscent of a flattened VR perspective, seem to be some kind of code for distorted reality or perhaps a signal that the film is going further down the rabbit hole of someone’s single-minded vision.  But there’s a question The Favourite seems to be masking: whose single-minded vision? Who is the player here who’s lost touch with reality?
Lanthimos and scriptwriters Deborah Davis and Tony McNamara have made an interesting choice in choosing Sarah Churchill’s version of her historical conflict with Queen Anne as the basis for their story. Best friends since childhood but from opposing political factions, the two women’s loyalty to each other would last only as long as neither abused it.  By all accounts, Churchill was an obstinate and forceful woman, and this served her well throughout her life. She died thirty years after the Queen, and, in the words of a near contemporary, ‘immensely rich and very little regretted’.
Creative license does wonders to make a film compelling, especially when fiction is contrived to be stranger than fact. However, what makes a film very funny, lasting and at best both, is its ability to hit some kind of truth, something that resonates even as it entertains. If The Favourite fails to compete with The Killing of a Sacred Deer‘s achievements, it’s because a sense of truth is absent, and it is absent because, in a power game – whether comedy, satire or drama – a good triangle requires a strong apex. That apex is missing because Sarah Churchill’s verdict on Queen Anne – and by extension, the film’s too, is that Queen Anne is somewhat pathetic, and it is her pathetic nature that gives rise to the film’s forward drive. 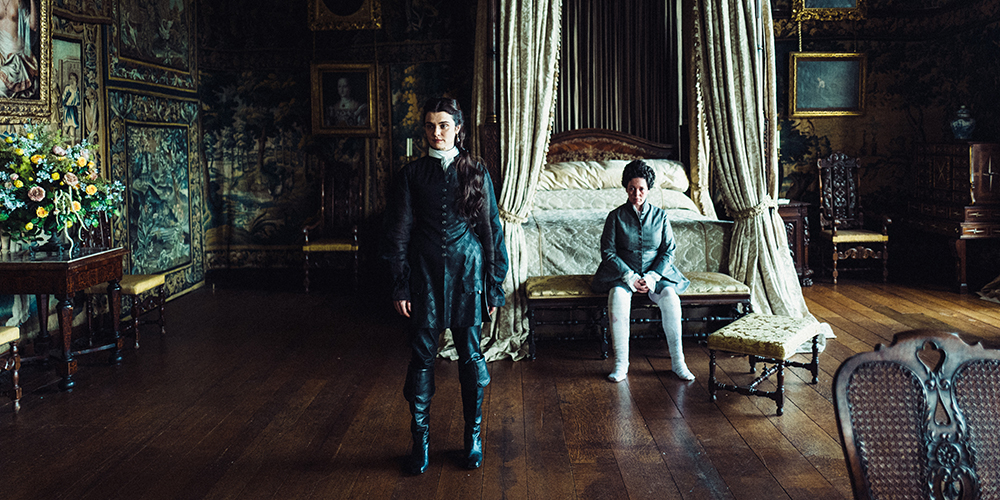 By under-estimating a key protagonist, the story is lowered to one of courtly intrigue, of women bickering and offering sexual favours for status and influence.  Only Sarah Churchill rises above this, though only to some degree. This is old rope – too familiar, and too unfair to be funny.  There is another cinematic trope here, that of joyless lesbians – The Favourite seems to be treading the same ground as Robert Aldrich’s cheerless rendition of what had previously been a vibrant theatre comedy, The Killing of Sister George.
Olivia Colman saves the film by hinting at an intelligence and grandeur that the script denies her character. Had The Favourite credited Queen Anne with the brains, statecraft and physical courage that, from a balanced reading of history, she evidently had, it would have been clearer that Sarah Churchill did have a worthy adversary, and that her true adversary was not Abigail Masham, but the Queen herself.  Avoiding hackneyed notions about women in positions of power could have made for a funnier, darker, stranger and grander film, and would been a perfect and contrasting companion to Lanthimos’ superb earlier work.
Related Topics:Emma StoneJames SmithJoe AlwynMark GatissNicholas HoultOlivia ColmanRachel WeiszThe FavouriteYorgos Lanthimos
Up Next