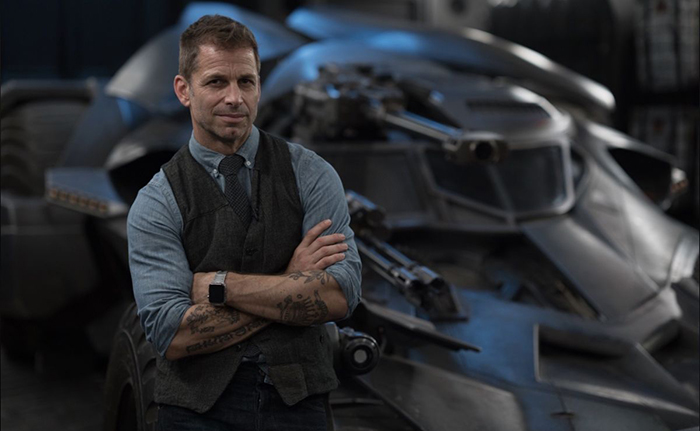 If you’ve spent any time in the forums and comment sections of nerd ephemera in the past year or so, you’ve likely come across the hashtag #ReleasetheSnyderCut, stemming of course from Batman v Superman: Dawn of Justice director Zack Snyder’s purported version of the Justice League movie.

Prior to a terrible family tragedy that saw him leave the project, to be replaced by Joss Whedon (who was hired to sandblast off all the edge, and make a product closer to what general audiences would want to see), Snyder had shot and almost completed a version of the movie – something which his fans took to mean that a version of the director’s original plans existed out there, somewhere within Warner Bros. vaults. Now, however, Snyder has confirmed that isn’t the case.

The director, who last night attended a screening of his so-called ‘Ultimate Edition’ director’s cut of Batman v Superman, took fan questions at a Q&A afterwards, and spoke of his original plans for Justice League: “When [BvS] came out, understand that [screenwriter] Chris Terrio and I had finished the script to Justice League before BvS came out. Some people didn’t like the movie. A vocal minority. So [Warner Bros.] said ‘there’s a lot of stuff we don’t want you to do’ so we did a rewrite from that script. So the original Justice League script, we didn’t even shoot. The really scary version. Because we were really nervous after the response.”

Now, putting aside the arrogance of that statement, and level of delusion required to believe that the detractors of BvS were a ‘vocal minority‘, the interesting thing there is that Snyder never shot his original script for the picture, and as such never followed up on many of the plot threads that had been teed up in Dawn of Justice.

So beyond dispelling the myth of a pure, untampered director’s cut of Justice League, Snyder also confirmed that the ‘Knightmare’ sequence in Batman v Superman, in which a trenchcoat-donning Batman fights off hordes of CG parademons in a barren wasteland ruled by an evil Superman and his jackbooted army, was intended not to be a dream sequence of a possible future to scare Batman into action but a flashforward to the events of Justice League.

“The truth is that the ‘Knightmare’ sequence in this movie is always something that I intended to explain and we end up in an future Earth where Superman has succumbed to the Anti-Life equation and there’s a few surviving members of the Justice League, and a broken Cyborg was working with Batman to send Flash back to warn Bruce.” Snyder explained to the crowd, “There was a scene in the trailer, apparently it didn’t make it into the movie, where Bruce says Flash came to him and warned him that ‘Lois was the key’ and something darker was coming.”

In the original timeline Snyder proposed, Wonder Woman and Aquaman would have been killed, Cyborg would have been severely damaged, and – following the murder of Lois at the hands of big-bad Darkseid (interesting how the two main female characters die), Clark Kent’s emotional turmoil would have left him open to mind control via the Anti-Life Equation… leading to the dystopian future featured in BvS. As such, Flash would have had to have run back in time (originally getting it wrong, and appearing “too soon” in the BvS dream sequence, naturally), to save Lois and unite the League against Darkseid for a final battle.

Now all of this sounds, just, the worst. But it’s undeniably par-for-the-course in relation to what Snyder had been building – an immature, nihilistic, and miserable view of the DC Universe. And whilst the version of Justice League we ended up with was a bland, ugly mess that pleased no one… clearly it’s preferable to the alternative.

The latest entry into the DC Extended Universe, Shazam!, releases in cinemas on the 5th of April, and by all accounts is a definite tonal shift from the early days of the franchise.