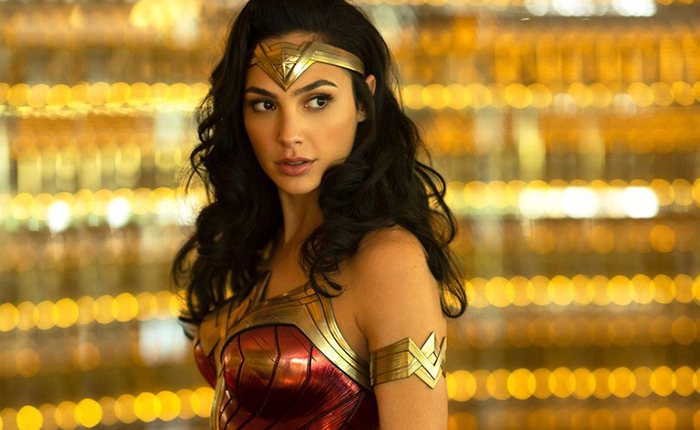 With Marvel Studios keeping a tight-lip about their post-Endgame properties, all eyes are on Warner Bros. as they seek to further capitalise on their DC comics properties following the critical and commercial successes of Aquaman and Wonder Woman.

Most pressingly, then, is the studio’s first true sequel since 2008’s The Dark Knight – next year’s Wonder Woman 1984, starring Gal Gadot, Chris Pine, and Kristen Wiig.

WB held a panel for exhibitors at CinemaCon in Las Vegas yesterday evening, and showed off footage for a handful of DC’s forthcoming properties.

Some quick action beats followed, as Wonder Woman – in full costumed regalia – lassoed a couple of baddies in a mall, whilst jumping off a balcony.

The footage also gave attendees a glimpse of Kristen Wiig’s Barbara Ann Minerva; an archaeologist who undergoes an African tribal ritual to be imbued with the powers of the cheetah guardian, but discovers that the guardian is only supposed to inhabit the bodies of virgins (which Minerva is not), leading to a horrifying transformation into the cat-like villainess Cheetah.

“This is a story we are very excited about,” Director Patty Jenkins said in a pre-recorded interview, hinting at Wonder Woman’s ability to fly, “Diana is now in her full powers.”

Also at the convention was Todd Phillips’ Joker, starring Joaquin Phoenix as the titular crown prince of crime (sans Batman). That movie, which is out this year, got a much longer trailer – presumably a similar cut to the one expected to drop later today (as announced by WB yesterday).

The teaser unveiled to attendees showed Phoenix struggling in his life as a failed stand-up comedian, very slowly losing his grip on reality. Cut to the tune of Jimmy Durante’s Smile, the trailer contrasted its dark, grimy visuals, and violent, brutal tone with the song’s sunny, optimistic lyrics. Whilst staring into a dressing room mirror the character, ‘Arthur Fleck’, slowly pushes the edges of his mouth into a menacing smile. Then, whilst talking to a psychotherapist, Fleck muses that “my mother always tells me to smile and put on a happy face.”

In a swift montage of sequences, Fleck is assaulted by muggers on a subway, dances in his underwear in a derelict apartment, and is witness to a riot.

“Is it just me,” the Joker muses, as the footage draws to a close, “Or is it getting crazier out there?”

“It’s a tragedy,” Phillips told exhibitors of Joker, in person, “I don’t have a lot to say about the film because it’s still taking shape. And I want it to be a surprise.”