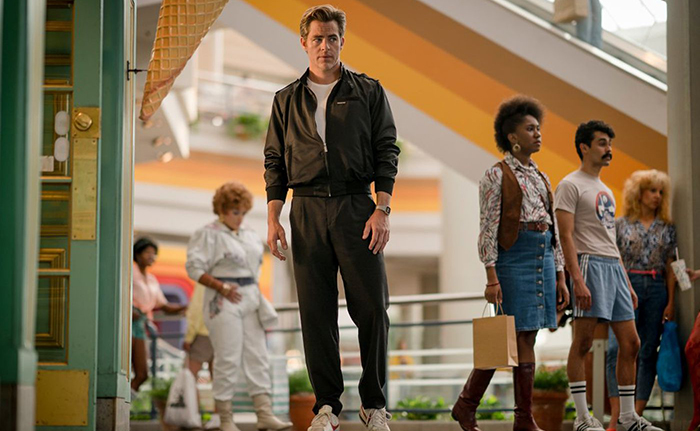 When the cast list for Warner Bros. and director Patty Jenkins’ forthcoming sequel Wonder Woman 1984 was announced, one of the biggest surprises was the return of Chris Pine, whose character – Captain Steve Trevor – appeared to die during the climax of the WWI-set first film.

Little is known about the plot of the eagerly-awaited follow-up, save for its setting (America, in the year 1984), and its antagonist (classic comic book villain Cheetah, played by Kristen Wiig), but Pine still managed to speak a little about his experience.

“This one is a little different for me, tonally,” he said, “The tables are turned, and I’m more of the deer in the headlights.”

Rumours had been swirling about the circumstances of Steve Trevor’s return, with one of the prevailing theories pointing to the classic 70s Wonder Woman television show for inspiration. That series, which starred the inimitable Lynda Carter as the titular Amazonian princess, ran for three seasons – the first of which was set during WWII, whereas the following two seasons took place during the series’ ‘present day’ of 1970s America. This created an issue when it came to the character of Major Steve Trevor (Lyle Waggoner), Wonder Woman’s love interest, and the singularly most popular side character. The show’s solution? Waggoner played Colonel Steve Trevor Jr. for the remainder of the series’ run.

However, given Chris Pine’s “deer in the headlights” comment, it appears to confirm that his character in the sequel will indeed be the original Steve Trevor from the 2017 feature film, somehow time-displaced into the 1980s, and thus making him the ‘fish out of water’ this time around.