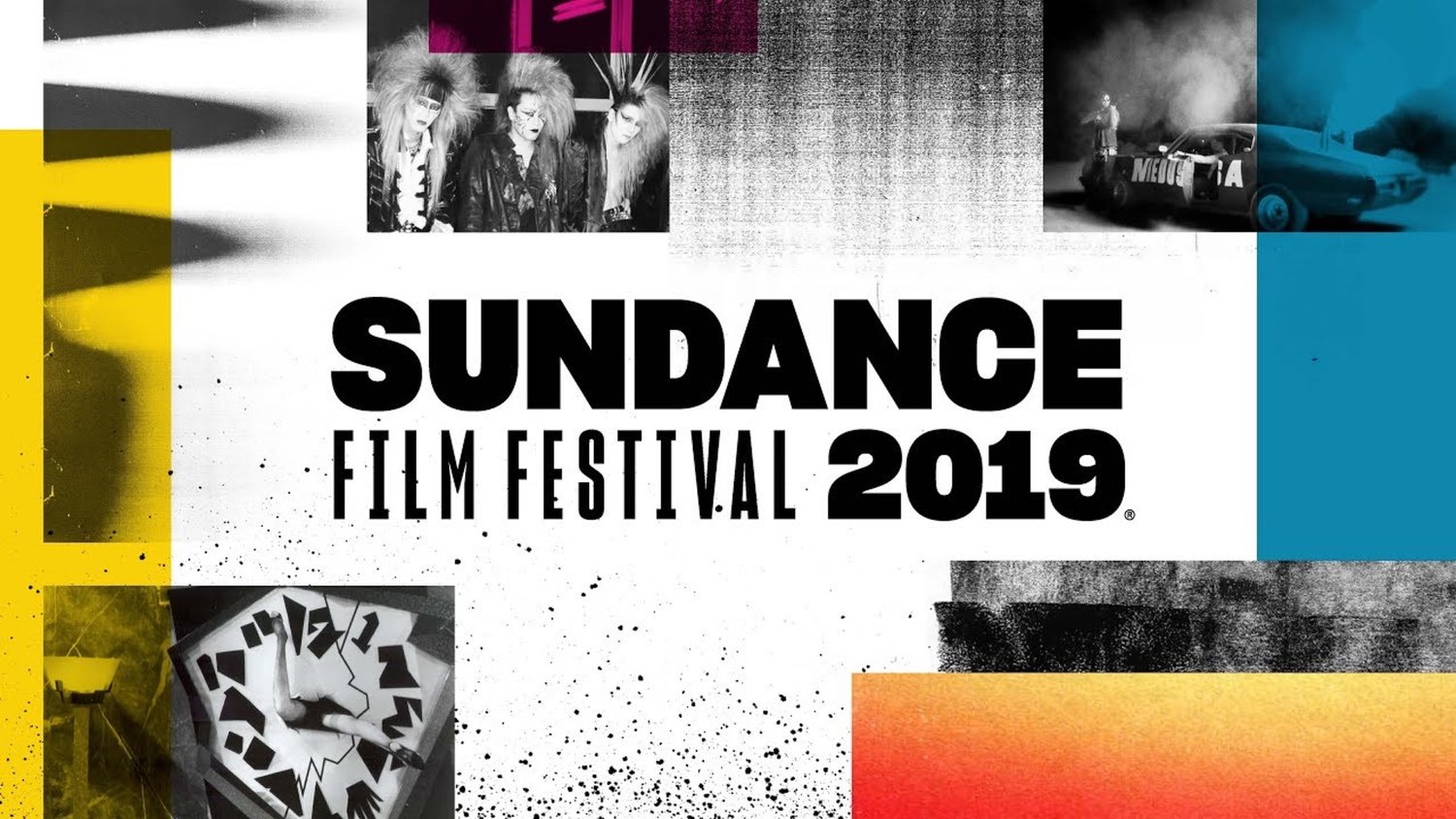 If it’s movers and shakers you’re looking for, then the Sundance Festival is usually the place to start scouting. Filled with inventive ideas and normally kick-starting the lives of some of the year’s most lauded films, the Festival’s lineup often reads as a roll-call for the following awards season. The 2019 Festival seems to be no exception, with a whole host of up and coming directors, and what’s sure to be some star turns from some of the industry’s best actors – with a couple of them switching their place in front of the camera for one behind it. There’s a lot to look forward to this year, and with a top prize competition selection that’s 53% female, the Festival looks as though it might go from strength to strength.

Aside from some succinct one-liners, Sundance hasn’t given us heaps to work with, but below are some of the potential highlights from the season to come.

It’s written by Shia LaBeouf. Regardless of your feelings on the man, that’s an interest pique-r if ever I’ve heard one. Also starring Shia LaBeouf. Intrigued yet? The description is this: A child TV star and his ex-rodeo clown father face their stormy past through time and cinema. A24’s darling, Lucas Hedges, co-stars alongside A Quiet Place breakout child star, Noah Jupe. It’s always nice when you really, truly, have no idea what a film’s going to be like, and this – this? – well, this might just be the most interesting one-line summary I’ve seen for some time.

If you’ve never read Richard Wright’s goliath of a novel by the same name, it might be worth doing it before next February. Rashid Johnson’s modern reimagining of the work sees Bigger Thomas, a young African-American man, begin working for a wealthy Chicago family and set off a sequence of events that will irrevocably change his life. Starring Moonlight‘s Ashton Sanders, there’s potential for a thought-provoking adaptation of a truly brilliant book.

Another truly, truly brilliant one-liner sets this one up: “Inside a snake-handling church deep in Appalachia, a forbidden relationship forces a pastor’s daughter to confront her community’s deadly tradition.” Starring the queen of the festival circuit and all-around pride of Britain, Olivia Colman, along with the likes of Walton Goggins, we can only hope that the whole film is as madly cult-y as it sounds like it might just be.

It’s always interesting to see how documentary filmmakers are prepared to take the medium further in defiance of the misconception that ‘all documentaries are boring’. By the sounds of it, Berman’s looks like it might just do that. “What begins as a documentary following the final tour of a dying magician — “The Amazing Johnathan” — becomes an unexpected and increasingly bizarre journey as the filmmaker struggles to separate truth from illusion.” I’m not sure there’s a soul alive who’s not even a little bit interested in that.

It’s always a bit interesting to see the child of an actor take their own first steps in front of the camera – it’s even more interesting when their mother steps in front of it too. And when that mother is Tilda Swinton. Starring Honor Swinton Byrne in the lead role, she plays a young film student who embarks on a turbulent affair with a mysterious man – ex-Musketeer Tom Burke – that threatens to destroy her dreams. If she’s anything like her mother, this’ll definitely be one to look out for. (PS. It’s exec-produced by Scorcese, too.)

Is it my love of paranormal shows that’s got me hooked on the idea of this one? Or is it my True Detective Season One-fuelled desire for a good Americana piece? Either way, Light from Light sounds a treat: “Shelia, a single mom and sometime paranormal investigator, is enlisted to investigate a possible “haunting” at a widower’s farmhouse in East Tennessee.” I’ve no idea just how creepy this one’s set to be, but hook me up with a wide shot of a beaten-up wooden shack (and a battered pick-up for good measure), and I’ll consider all forgiven.

“A young woman is sent to Paradise Hills to be reformed, only to learn that the high-class facility’s beautiful facade hides a sinister secret.” With a pretty exciting cast including Emma Roberts, Awkwafina, Milla Jovovich, and Jeremy Irvine, I just have one question. Could this be the Wild Child dark timeline remake we’ve all been waiting for, Emma? 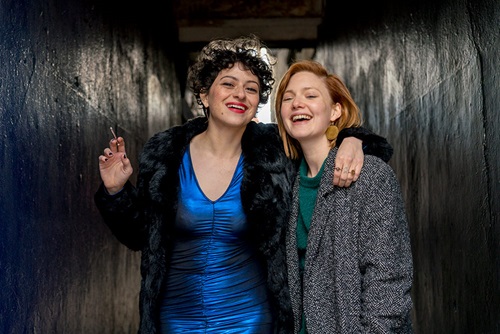 Alia Shawkat and Holliday Grainger on the set of ‘Animals’

If you’re looking for a female-driven film, it looks like this one might be the jackpot. Directed by a woman, written by a woman, and largely produced by women, Animals stars the second pride of Britain, Holliday Grainger, alongside Alia Shawkat as it explores the ups and downs of a friendship. Rarely handled sensitively, it’ll be exciting to see if the portrayal of a female friendship is done properly. But in the hands of so much female talent, I think it’ll be a pretty safe bet. As Greta Gerwig’s Lady Bird proved last year: ain’t no one who can write women like women.

Now, given where I’m sat as I write this, you might be forgiven for thinking that I’m a little biased to be writing that I’m deadly excited to see Gurinder Chadha’s new film set in Luton. Based on the memoir by Sarfraz Manzoor, it charts a young Muslim boy’s life as he finds his voice through the music of Bruce Springsteen. For a while, most people in my area talked of nothing but what they thought were mysterious sightings of Rob Brydon, so you can bet I’ll be playing a lengthy game of spot-the-neighbour as I watch this one. With newcomer Viveik Kalra taking the lead alongside Brydon & Hayley Atwell, the Bend it Like Beckham director’s latest is said to be “a vital reminder of our shared humanity and the transformative power of music”. Ticket? Bought. 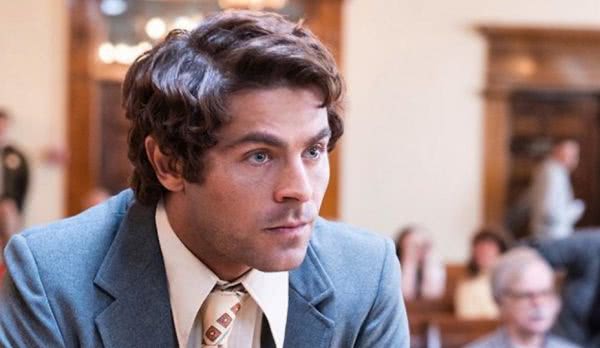 The latest image of Zac Efron as Ted Bundy

‘Zac Efron is playing Ted Bundy’ is not a sentence I ever thought I’d say – and it’s certainly not one I ever thought I’d be this interested in. The horrific crimes of the notoriously charismatic serial killer are shown here from the perspective of Bundy’s longtime girlfriend, Liz, bucking the trend of the films about him thus far. EWSE&V (for short) co-stars Lily Collins, Kaya Scodelario, John Malkovich and Haley Joel Osment, and is probably not one for the fainthearted, judging by the title. Osment’s sixth sense must be going berserk.

If the last couple of years’ awards seasons have taught us anything, it’s that Hollywood loves a serious drama about a scandal. Think Spotlight and The Post. This one looks like it’s going to run along the same track: “The true story of British Intelligence whistleblower Katharine Gun, who prior to the 2003 Iraq invasion leaked a top-secret NSA memo exposing a joint US-UK illegal spying operation against members of the UN Security Council.” The trick up its sleeve? A cracking British cast, including Keira Knightley, Matt Smith, Matthew Goode, and Ralph Fiennes. But if you like your gritty drama cast to have a little more American muster, there’s also The Report, a dramatisation of the US Senate’s sweeping study into the CIA’s Detention and Interrogation Programme starring Adam Driver, Annette Bening, and Jon Hamm. Let the concerned off-centre staring commence.

The Boy Who Harnessed the Wind (dir. Chiwetel Ejiofor)

Directed by, written by, and starring Chiwetel Ejiofor, the film follows the true story of William Kamkwamba, “a thirteen year old boy in Malawi who invents an unconventional way to save his family and village from famine.” Enough said.

Reuniting Nightcrawler director Gilroy with his former leads (and current wife, for the latter), Jake Gyllenhaal and Rene Russo, Velvet Buzzsaw is billed as “a thriller set in the contemporary art world scene of Los Angeles, where big money artists and mega-collectors pay a high price when art collides with commerce.” We’re praying for the grit of Nightcrawler, the arty stylishness of Nocturnal Animals, and another fabulous supporting performance from Toni Collette.

With 112 films showing at Sundance, the above is only a taster of the cinematic goodness we can expect in 2019. We’ve got documentaries from around the world, directors both new and established stepping up to the mark, and most likely some career-definers for some of Hollywood’s most illustrious of-the-moment actors.

All we can do now is wait.

Has the Musical Finally Got its Groove Back?