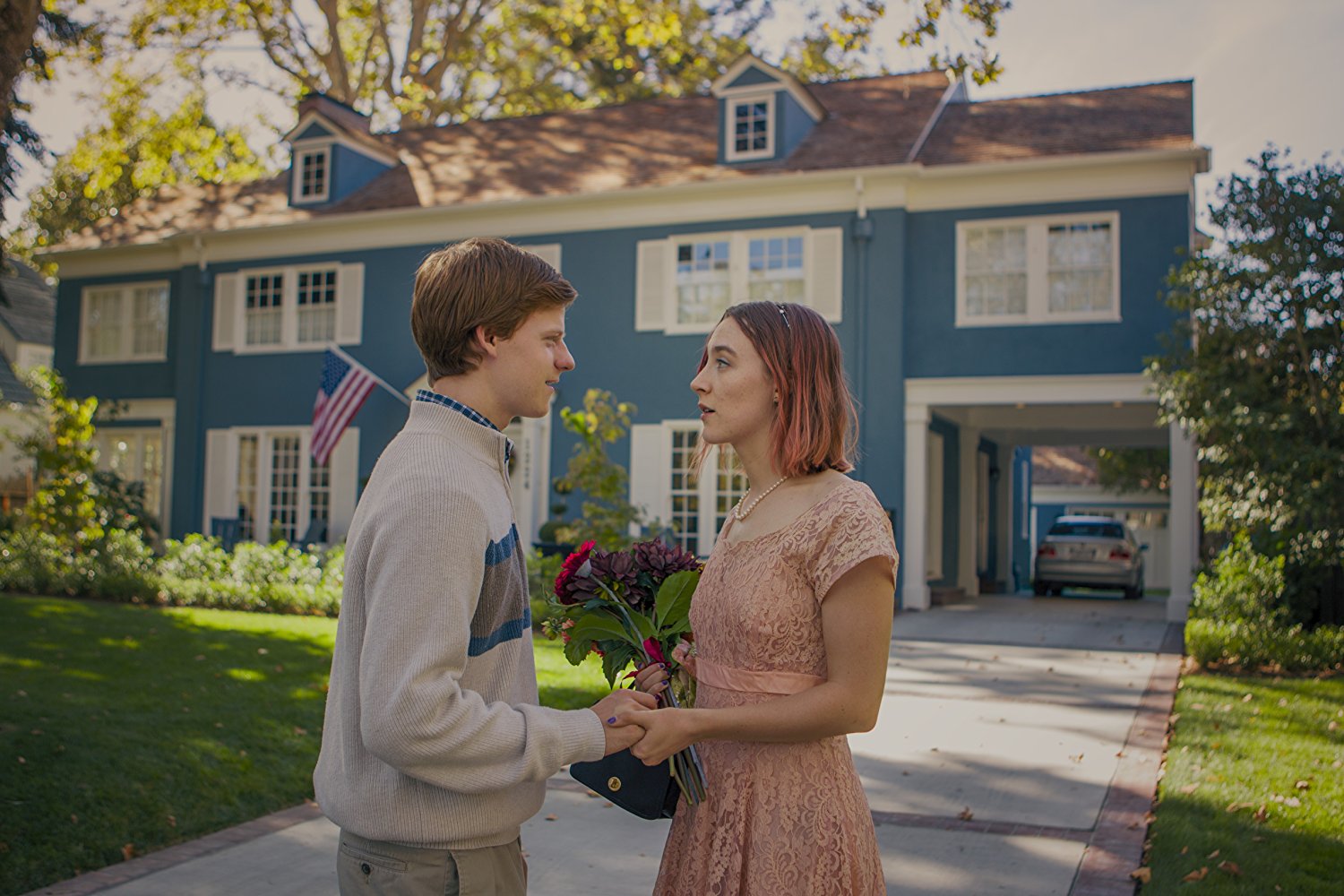 Of all of the overlooked releases of the past couple of years, one of the more mystifying ones is Kelly Fremon Craig’s bitingly funny The Edge of Seventeen. It should have made a breakout A-list star of Hailee Steinfeld and given Fremon Craig at least some low-level acknowledgement on the awards circuit. Alas, it was not meant to be, but there’s something of a catharsis to be found then in Lady Bird, which takes the broader appeal of Seventeen and instead narrows its gaze toward more arthouse terrain with impressive results.

Somehow still only twenty-three years old despite a solid decade of work and (now) three Oscar nominations, Soairse Ronan is our eponymous lead – an introspective teen struggling with a life she feels is restrained by her “small town” life in Sacramento and her combative mother (Laurie Metcalf). Entering her senior year, Lady Bird dedicates herself to a quest to finally break free of the homestead and cut her teeth out in the wider world when college rolls around, but first she’ll have to brave the pitfalls that come with her remaining year – a year that’ll see her encounter her first formative romantic experiences, form new friendships because of them, and have to repair old friendships along the way.

Directorially, Greta Gerwig – returning to the helm for the first time since Nights & Weekends a decade ago – brings a distinct air of arthouse flavour to the table here. Reportedly somewhat semi-autobiographical (it’s rather noticably a period piece, for example) there’s an earnestness to be found in Gerwig’s screenplay that will doubtless resonate with younger female audiences for whom Lady Bird could very distinctly become a zeitgeist picture. Outside of that, the influences are scattered throughout to be uncovered, with Ronan’s Lady Bird not a million miles removed from Steinfeld’s Seventeen protagonist or even the animated Daria.

Ronan, though, is sharp enough to see this for herself, and her portrayal of the titular lead is balanced between these disparate elements with enough precision to feel wholly unique. Would you particularly enjoy being in the company of Lady Bird? Likely not, but Ronan’s performance is so grounded in the harrumphing desperation of teenage ennui that she’s a delight to watch. Ditto for Metcalf’s brilliantly understated mother character – another Oscar contender, incidentally – and whose perfectly restrained turn offers serious heft to the background of a film that – casting, aside – could potentially have found itself easily dismissed as a mere mumblecore companion to Fremon Craig’s film or Marielle Heller’s Diary of a Teenage Girl.

None of which is to sell Lady Bird in any way short for the praise it so richly deserves. It may not quite feel like the deserving Oscar contender it’s been so widely triumphed as, but it’s an impressive work of arthouse dramedy nonetheless. With a terrific supporting cast (Tracy Letts is an HBO father figure waiting to happen, Lucas Hedges clearly set for something huge to come) and an hilarious turn from current “it” boy Timothee Chalamet, there’s a lot to engage here; and some surprisingly soulful work by composer Jon Brion doesn’t hurt either. There’s even a Frances Ha reunion of sorts for Gerwig and cinematographer Sam Levy, said reunion brilliantly highlighting what Lady Bird perhaps feels the closest to: a spiritual prequel of sorts to Frances Ha.

Had Lady Bird in fact been that spiritual prequel – and, lord knows, there’s a natural end-point at which it could very much have become that – it would perhaps have taken something quite so intrinsic about the soul of both Lady Bird and its lead character away. Without it, however, the stage is very much Lady Bird’s to own, and it’s something you will actually find appeal in potentially seeing revisited down the line in further instalments akin to (the obviously influential, here) Richard Linklater’s Before Sunrise trilogy. Whether Gerwig ever takes that plunge will be interesting to see, and the period setting of this stirring coming-of-age drama certainly opens obvious possibilities there, yet regardless of whether she does or doesn’t, Lady Bird makes its point loudly and clearly as far as setting up Gerwig as an intriguing female voice with real artistic cred.