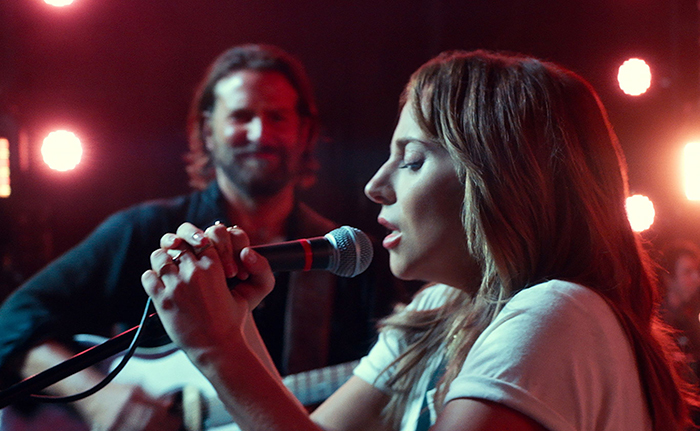 Following widespread backlash and condemnation, the Academy of Motion Picture Arts and Sciences has announced that its February 24th telecast will now feature performances of all five Best Original Song nominees.

The streamlined broadcast, which is being hastily cobbled together behind the scenes due to constantly fluctuating demands, time restrictions, and the loss of its host Kevin Hart, had announced its intentions to only highlight two of the five nominated songs; the top 10 hits Shallow (by Lady Gaga and Bradley Cooper), and All of the Stars (by Kendrick Lamar and SZA).

This, however, was seen as unfair favouritism by the nominees, who reportedly spoke in secret and agreed that solidarity was important – forming a united front of ‘perform them all or perform none of them’.

Now, the Academy has been running damage control, announcing that Jennifer Hudson will perform her song I’ll Fight, from the documentary RBG. They also ‘spoiled’ that a “special surprise guest” would be performing The Place Where Lost Things Go from Mary Poppins Returns, prompting confused speculation over whether Emily Blunt would perform the song she sang in the film, and if that would even count as a surprise. It is also presently unknown whether or not Willie Watson and Tim Blake Nelson (When a Cowboy Trades His Spurs for Wings from The Ballad of Buster Scruggs) will perform.

The original plan was in place due to time constraints – in an attempt to wrangle back viewers, the Oscars had planned a shorter telecast – but now the nominees have been told that they’ll each have a 90-second slot to perform a truncated version of the songs, as opposed to highlighting two full songs. This is in stark contrast to initial plans for the telecast, which floated the possibility of having a lot more music – turning the show into something akin to the AMAs (apparently it took some time for the producers to come around to the idea that the night was supposed to be celebrating film, and not music). Some sources have even told press that the Academy even sent out invitations to the remaining members of Queen, with the idea being that they could open the show following the success of Bohemian Rhapsody. Queen declined.

The Academy is reportedly not responding to requests for comments from the press.