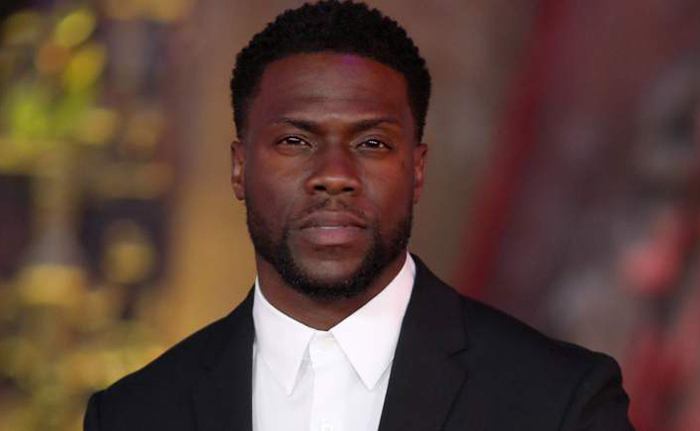 Actor and comedian Kevin Hart has announced that he has withdrawn from hosting next year’s Academy Awards, due to a slew of old, homophobic tweets.

The controversy descended upon the pint-sized jokester almost immediately upon his hiring, as a veritably bevy of insensitive and anti-LGBTQ+ tweets from his past were drudged up and splashed across the internet.

Now, this isn’t an isolated case, of course. Public figures have been increasingly getting in trouble for the past five years over jokes they made in the past, with the most memorable and public example being the firing of director James Gunn from Guardians of the Galaxy Vol. 3, over shock-humour tweets he wrote roughly a decade ago.

So, naturally, the news that another poor sap has lost their job due to old social media postings is – at least, initially – worthy of a tremendous eyeroll. But not so fast, cynical reader, for there is some difference in the two. For as much as Hart is an incredibly talented comedian, the tweets in question… well, they lack humour. As fellow actor/comedian Billy Eichner put it: “many of us have jokes/tweets we regret. I’m ok with tasteless jokes, depending on context. What bothers me about these is you can tell its not just a joke – there’s real truth, anger & fear behind these. I hope Kevin’s thinking has evolved since 2011.”

For a few examples, Hart once posted such tweets as: “Yo if my son comes home & try’s 2 play with my daughters doll house I’m going 2 break it over his head & say n my voice ‘stop that’s gay,’”, “I just saw a n***a put a whole chicken wing in his mouth and pull it out with no meat on it!!!!!! God damn that was gay”, “Lmao @ all of the woman asking me where the pic is, I’m not passing along a pic of a naked man!!! That would make me gay by association”, as well as many tweets where he referred to transexuals in a negative fashion, used the terms “tranny” and “fag” as insults for his friends, and one tweet that questioned why Damien Wayans’ avatar looked like “a gay bill board for AIDS.”

Hart made the offending comments almost exclusively across the years of 2009 and 2010. Reportedly, the comedian was given an ultimatum by the Academy; apologise, or step down.

“I chose to pass on the apology,” the 39-year-old said in a video posted to his Instagram, “The reason why I passed is because I’ve addressed this several times. This is not the first time this has come up. I’ve addressed it. I’ve spoken on it. I’ve said where the rights and wrongs were. I’ve said who I am now versus who I was then. I’ve done it. I’m not going to continue to go back and tap into the days of old when I’ve moved on and I’m in a completely different place in my life.”

Following that non-apology, a few hours later Hart took to Twitter to announce his withdrawal from the 2019 Oscars, writing: “I have made the choice to step down from hosting this year’s Oscars….this is because I do not want to be a distraction on a night that should be celebrated by so many amazing talented artists. I sincerely apologize to the LGBTQ community for my insensitive words from my past.”

The Academy will now be looking for a quick replacement for the ceremony, with an announcement expected shortly.

Marvel Have Given Thanos’ Snap An Official Name, And It’s Metal AF