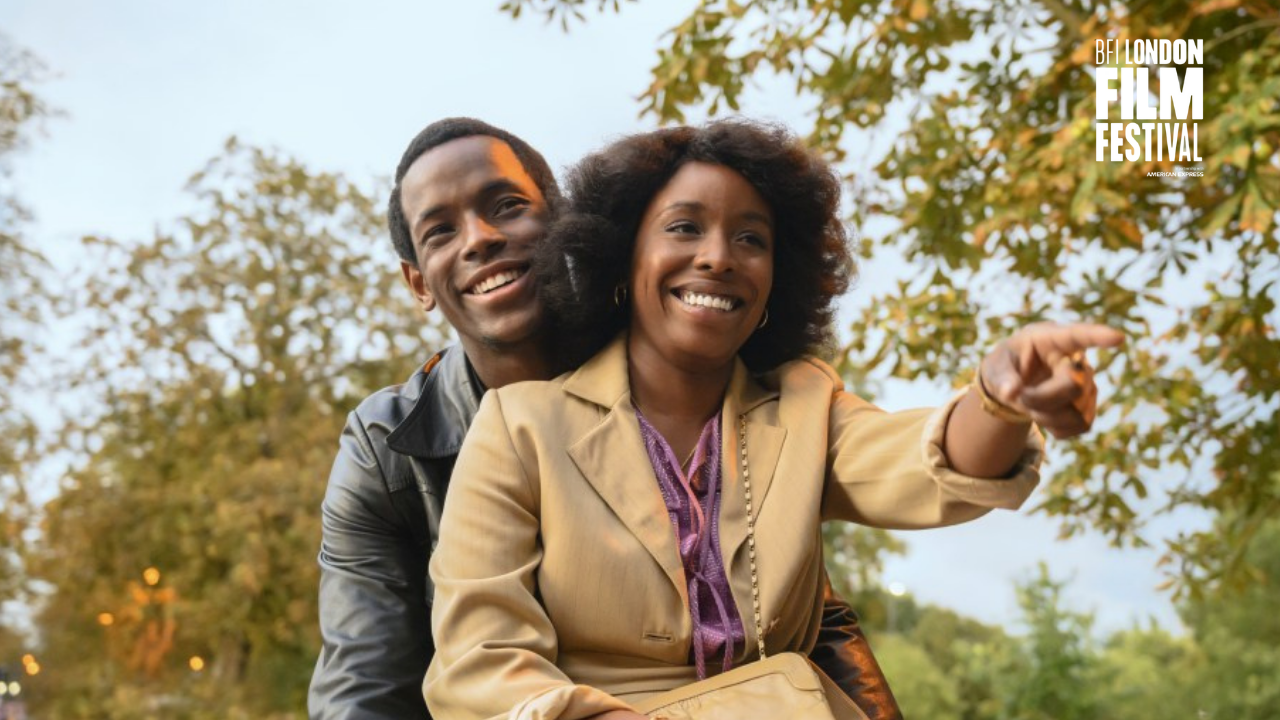 Steve McQueen, director of 12 Years a Slave and Widows, certainly seems to have struck gold again with Lovers Rock which is an infectious, love letter to that musical genre and 1980s Ladbroke Grove. It is another standout film within his Small Axe anthology following the successful Mangrove. Lovers Rock is as indulgent, sumptuous and sensual as the music itself and truly felt like a trip down memory lane with its tale of friendship, music and love embedded within a house party.

McQueen truly spoils us with the soulful sensation that is Lovers Rock which unfolds like a musical note with people interweaving throughout a household making all of those preparations for a party. From the outset, the audience is immersed in the preparations and festivities within the house. One of the essential parts of any Afro-Caribbean party is undoubtedly that of the food. Lovers Rock accurately depicts that such culinary preparations were often consigned to the women whilst the men fixed the speakers or moved the furniture around. But, it is undeniably sublime watching that preparation of Caribbean foods with salads, dumplings and other foods prepared to keep the party-goers satisfied.

Lovers Rock emphasises these Caribbean traditions, which many of us may have experienced growing up, and so there is a sense of familiarity pervading the film. The musical genre, lovers rock, was quite often a staple within many Caribbean households with the peals from the music often heard on Sundays. It is a romantic version of reggae which commenced in London towards the mid-1970s with Ginger Williams’ Tenderness in 1974, and Louisa Mark’s Caught You in a Lie in 1975. Janet Kay’s Silly Games, with its central focus in Lovers Rock, is one example of a successful song within the genre. The name of the genre, lovers rock, was derived from the record label bearing the same name founded by Dennis Harris. The soundtrack within Lovers Rock is superb and reads like a who’s who from the genre and would be a gem to add to anyone’s musical collection.

The song Silly Games features on a few occasions within Lovers Rock to powerful effect. McQueen’s approach within a pivotal scene to allow the music to play to its entirety is certainly appreciated. The impact of the song on the pulsating bodies on the dance floor or the soulful a capella within the kitchen and the dancefloor is obvious.  The characters expressively identify with Silly Games’ lyrics and sing to their heart’s content. Fortunately, McQueen leaves the camera rolling in such moments, resembling a single take, panning throughout the couples with lingering sensual shots which even have the effect of making the folds of a satin dress pressed up against a bright shirt during a slow dance seem alluring. It is a departure from McQueen’s usual filming style, but it is undoubtedly a stunning feast for the audience’s eyes.

Whilst Lovers Rock provides that visual feast, it is not rich on dialogue or an actual storyline. However, in a film this sumptuous, the lack of exposition is not a disadvantage. Instead, the selling point in Lovers Rock is the subtle non-verbal communication on the dancefloor. Male hands stretch out to female hands as an invitation to dance. There are only a few occasions, such as when Martha, played by Amarah-Jae St.Aubyn, meets Franklyn, played by Micheal Ward, where there are actual conversations heard on the dancefloor or after dancing on the dancefloor.

It is mesmerising watching the dance routines across the night with some amusing dance moves on display during the playing of Kung Fu Fighting by Carl Douglas. McQueen’s vision is impressive to behold – the camera fragments the dancers’ bodies as they practice martial arts steps but focuses on the floor as dresses swirl in the midst of Kung Fu kicks occurring. The synchronicity of the footwork is a luxurious sight, and the lighting and composition are unparalleled. The lighting used also complements the variety of skin complexions of the actors beautifully, and the vibrant colours throughout Lovers Rock add to its sensuality, such as the red infused lighting and the golden hues on the dancefloor.

Lovers Rock, with its exuberance, successfully illustrates that power of dance. Across the night, love is found on the dancefloor, but equally violent situations are subsequently resolved on the dance floor. The music in Lovers Rock is truly a character in its own right.  The lovers rock music truly hypnotises the characters, and the positive uplifting sounds of lovers Rock will enthral us too as the audience. This combined with the seductive atmosphere in Lovers Rock and the captivating visuals will certainly encourage us as the audience to stand on our feet and dance to those pulsating rhythms of lovers rock.

Lovers Rock is an outstanding treat for the senses with McQueen at his best. As one of the final films screening at the 2020 London Film Festival, there is no excuse not to put on the dance shoes and become fully immersed in the captivating musical world within Lovers Rock.