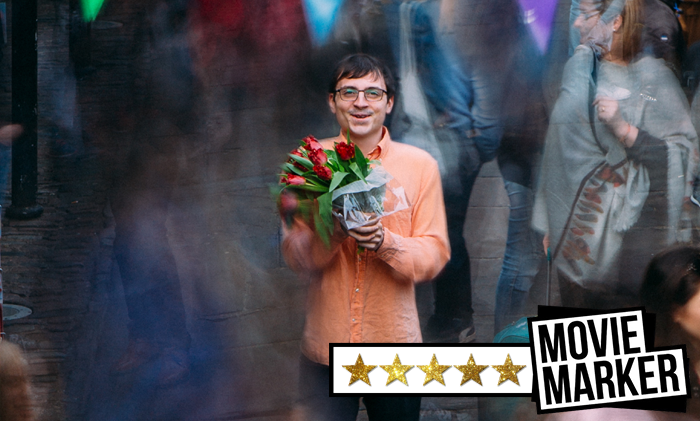 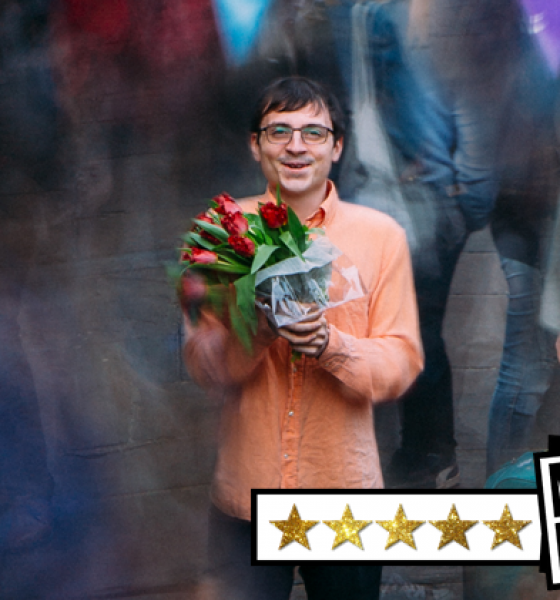 Love Possibly is a dark comedy in which a documentary crew follows the hopelessly romantic Alex on his quest for love. Things escalate quickly when Alex asks Lana, the Moldovan mail-order bride he met online, to marry him.

31 years old virgin Alex believes that, as in all major rom-coms, true love comes in stages. Single mom Lana, compares love to a fall that is most likely to end in a pile of shit than by being rescued. The two do recover from their rocky start and move along the stages of Hollywood love from separation to reconciliation but never without abundant periods of awkwardness.

The mockumentary stays true to its adopted genre and most dialogues were improvised. Times of crude loneliness or awkward silence, that we would love to forget, are never left out and gives the film an authentic feel, often lacking in modern day rom-coms. The film also makes great use of hilarious fabricated characters, adding to Alex’s delusion. Charlie, the lingering dead dog or the adopted heartless cat are a few favourites.

The film’s is lifted by fantastic central performances. Steve Hodgetts’ Alex might be painful to watch at times but quickly makes way for a loving and touching character. He makes an honest portrait of what it is to balance dreams and anxiety. Anna Danshina’s reactions to Alex’s endless attempts are priceless.

You can read our other Raindance Film Festival reviews here

Love possibly is warm and witty comedy that is impossible not to relate to. As expected, Alex doesn’t get his Sleepless in Seattle ending but sometimes all you might need is a drunken clown to smash your unrealistic ideals and bring you straight back to sanity, or close enough.