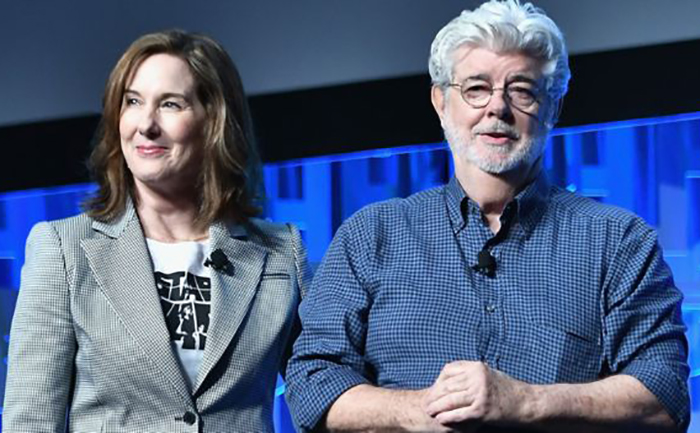 In a statement to press, Lucas said: “Peter was a wonderful man. He was the closest any human being could be to a Wookiee: big heart, gentle nature — and I learned to always let him win. He was a good friend, and I’m saddened by his passing.”

“We are deeply saddened today by the news of Peter Mayhew’s passing,” Kennedy said in her own statement, “Since 1976, Peter’s iconic portrayal of the loyal, lovable Chewbacca has been absolutely integral to the character’s success, and to the Star Wars saga itself. When I first met Peter during The Force Awakens, I was immediately impressed by his kind and gentle nature. Peter was brilliantly able to express his personality through his skillful use of gesture, posture and eyes. We all love Chewie, and have Peter to thank for that enduring memory.”

Actor Peter Mayhew played Chewbacca, the 200-year-old Wookie companion to Harrison Ford’s smuggling scoundrel Han Solo, in the 1977 original Star Wars, and its two sequels; The Empire Strikes Back (1980), and Return of the Jedi (1983). He also returned for a cameo role in 2005’s Revenge of the Sith, and shot certain scenes for 2015’s The Force Awakens – where he passed on the mantle of the beloved character to Finnish actor Joonas Suotamo.

Peter passed away at his home in Texas on the 30th of April. He is survived by his wife, Angie, and their three children