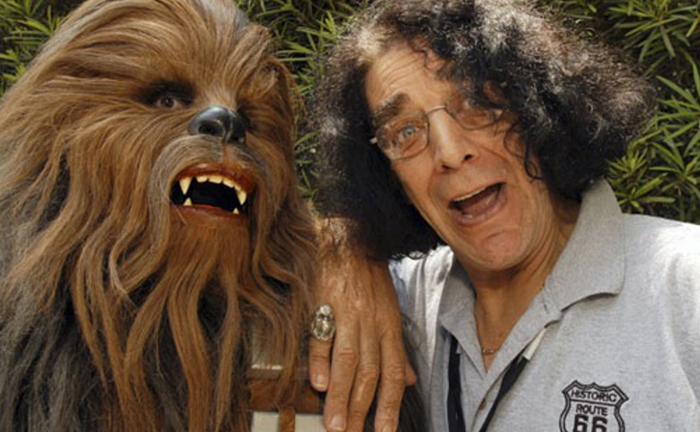 Beloved character actor Peter Mayhew, who portrayed Chewbacca in five Star Wars films, has died at the age of 74.

The London-born, 7-foot-3 actor originally worked as a hospital attendant at the King’s College Hospital, before film producer Charles H. Schneer saw his photo and cast him in the Ray Harryhausen special-effects blockbuster Sinbad and the Eye of the Tiger. Just over a year later, Mayhew’s life would be changed forever after being cast by up-and-coming American director George Lucas in a little science-fiction outfit he was putting together, called Star Wars.

Peter Mayhew played Chewbacca, the 200-year-old Wookie companion to Harrison Ford’s smuggling scoundrel Han Solo, in the 1977 original, as well as its two sequels; The Empire Strikes Back (1980), and Return of the Jedi (1983). He also returned for a cameo role in 2005’s Revenge of the Sith, and shot certain scenes for 2015’s The Force Awakens – where he passed on the mantle of the beloved character to Finnish actor Joonas Suotamo.

Peter passed away at his home in Texas on the 30th of April, with his loving family by his side. They declined to give the cause of death.

In a statement, Mayhew’s family said “He put his heart and soul into the role of Chewbacca and it showed in every frame.”

The actor had been a frequent guest of conventions around the world, and spent his time meeting and thanking fans, who described him as warm, generous, and funny. He recently attended Star Wars Celebration in Chicago, in early April.

Peter is survived by his wife, Angie, and their three children.