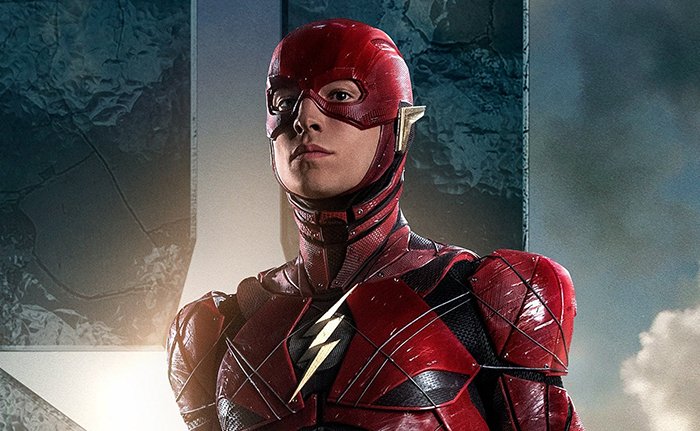 Yikes. Fantastic Beasts and Where to Find Them’s Ezra Miller is, according to sources close to Warner Bros., hanging up his super-suit for good – with multiple reports announcing that the actor will no longer portray The Flash.

The actor, who first cameoed as Barry Allen (pre-super suit) in Zack Snyder’s Batman v Superman: Dawn of Justice (and had a further, faintly amusing cameo in Suicide Squad) before making his debut in 2017’s critically-panned and commercially-unsuccessful Justice League, has been attached to the role since 2014. A solo feature, originally simply titled The Flash, and later renamed The Flash: Flashpoint, had been initially slated for 2018. However, the feature went through a veritable smorgasbord of writers and directors on its journey, without any real, tangible updates from those close to the production.

Late February this year, whilst on the promotional tour for Fantastic Beasts: The Crimes of Grindelwald, Miller gave the first true update on the flick in over a year, joking that “Anybody who knows anything about Barry Allen knows that he’s always late, but when he arrives… he gets stuff done.”

“And that’s definitely how this film’s production schedule is proceeding,” the actor laughed, continuing, “We’re a little late, but the reason why we’re late – and this is the honest-to-god truth – the reason why we’re late is that we’re all, and I include myself in this, we’re very meticulously focused on making a movie that’s not just, like, one of the greatest superhero movies that we can possibly make, this movie is also going to be a gift to the fans.”

The film has gone through at least four scripts, that we know of, with the latest being penned by Ezra Miller himself, working alongside celebrated comic creator Grant Morrison. With Miller’s contract as the character up in May, the prevailing idea was that this script would be the actor’s last ditch effort to get the feature made before throwing his hands up and walking away. The two worked tirelessly to complete a more out-there, less comedic script for the flick (which has been previously described as a time-travel comedy), but new reports are suggesting that Warner Bros. have now passed on that screenplay.

Miller is yet to make a public statement on his departure, and is expected to wait until the end of May, allowing his contract to lapse as opposed to walking away in any legally official capacity. He follows Ray Fisher and Ben Affleck, who have also left their roles as Cyborg and Batman respectively.

With Ezra Miller gone, the solo Flash feature is expected to recast the role of the scarlet speedster – even potentially bringing in a new actor to portray Barry Allen’s successor from the comic books, Wally West – and the DCEU’s Justice League is now down to just two confirmed members; Gal Gadot’s Wonder Woman, and Jason Momoa’s Aquaman.

The next feature film in the DC Extended Universe will be Shazam!, starring Asher Angel, Zachary Levi and Mark Strong, and releases in UK cinemas this Friday.

Box Office: Dumbo Fails To Soar, As How To Train Your Dragon 3 Passes $500M