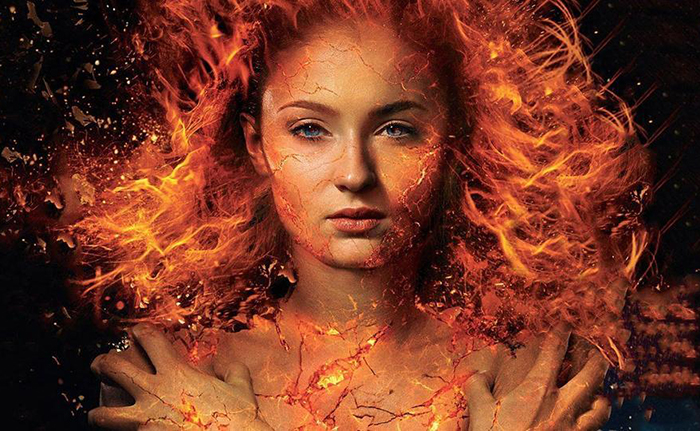 With the recent release of Captain Marvel, the buzzy Shazam! just days away, and MCU juggernauts Avengers: Endgame and Spider-Man: Far From Home on the horizon, it’s easy to forget about the other ‘capes and powers’ flick set to grace multiplexes this year; X-Men: Dark Phoenix.

With the recent approval of the Disney/Fox merger, it’s been no secret that the writing is on the wall for the mutants as we know them. With The New Mutants seemingly unlikely to be released (rumours abound of a straight-to-streaming dismissal if anything), and with all future planned X-Men films “being evaluated” by new rights holder Marvel Studios, for many Dark Phoenix is simply the last strained gasp of Fox’s two-decades old franchise before its head is held below the water for good.

It’s a feeling that permeated the production, even prior to the deal’s rumblings, as director Simon Kinburg said in a recent interview:

“From the beginning of conceiving what we were going to do with this film and writing it, which was three-plus years ago — so, long before there was a Disney merger — I felt like this was the natural culmination for this cycle of X-Men movies,” Kinberg told ComicBook.com,“Because it is seeing this family that you’ve come to love and know for how ever many films, and if you count the originals almost 20 years now, you see that family tested in a whole new way. You see that family start to fall apart in a real way for the first time, ultimately come back together. That felt like the culmination of a storyline or a cycle of these films.”

“And for me, and for most of the fans, Dark Phoenix is the ultimate and most iconic storyline in the X-Men universe. And so I didn’t know how we would top Dark Phoenix within this cycle. This felt like we had to earn our way back to Dark Phoenix. And I feel like we did hopefully, and beyond that felt like we’d want to sort of create an ending and the possibility of a new beginning. And that’s what we do on this film.”