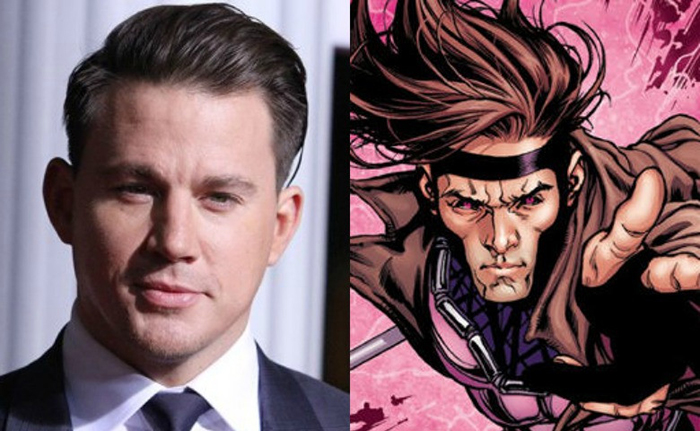 With the Disney/Fox merger in the process of uniting two of the largest forces in Hollywood, many have begun speculating about the future of the House of Mouse’s biggest franchise; the Marvel Cinematic Universe.

Given that Fox owned the X-Men up until last week, much of the X-franchise had been in limbo (well, more so than usual) for the past few months as the studio geared up to be absorbed. And though we now know that all of the previously-cast X-Men (sans Deadpool) will be recast for the Marvel Cinematic Universe, there’s a nebulous grey-area concerning the character of Gambit.

See, since 2014 Channing Tatum has been attached to portray the card-slingin’, ragin’ Cajun in his own solo movie, but the feature has been stuck in the lowest circles of development hell, having gone through multiple screenplays and three different directors (Gore Verbinski, Rupert Wyatt, and Doug Liman). The flick has now landed on a fourth helmer in the guise of X-Men: Dark Phoenix’s Simon Kinburg, who spoke briefly about the project last night.

Kinburg was at the Hollywood premiere of CBS All Access’ rebooted The Twilight Zone, and spoke to reporters on the state of the superhero film, saying: “All of the movies at Fox are being evaluated. I love the idea of Channing playing Gambit. I think we have a great script for it and I think it’s a role he was born to play. It’s a character I grew up loving and I know the fans love. So I suspect, I hope it will happen.”

That suspicion is actually not a bad shout, to Kinburg’s credit, though whether he’ll be attached or not remains to be seen (and given early reactions to Dark Phoenix, ‘not’ seems likely). But it’s no secret that Marvel Studios want to hit the ground running with their own versions of the uncanny mutants, and having a refined screenplay that needs minimal tuning, and that already has a big name star all ready to go… well, Gambit is likely an attractive prospect.

Fox had a handful of other projects in the works, including a proper X-Force movie, a Multiple Man movie, and the mostly-shot The New Mutants, but all of those seem to be largely heading for the trash heap – with the latter rumoured to be lined up for a digital-only release onto Disney+ later this year, if it’s to be released at all.