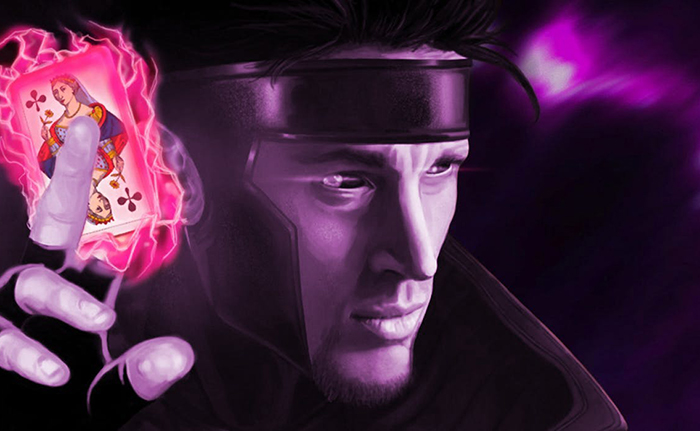 Producer Simon Kinburg was asked about the status of the long-gestating Gambit solo film recently, which would star Channing Tatum as the card-slinging’, ragin’ Cajun, and had some interesting insights into the direction the movie was going.

“When you look at Gambit, Kinburg said, “He’s a hustler and a womaniser and we just felt like there  was an attitude, a swagger to him that lent itself to a romantic comedy.”

The fact that the purported X-Men spinoff, which was in production long before Disney’s buy-out of 20th Century Fox (and subsequent absorption of the remaining non-MCU Marvel rights), is still allegedly in the works is surprising enough, but the concept sounds – frankly – bizarre.

“You know, when I say romantic comedy, I use that term loosely, in the same way I use the term western for Logan loosely. It’s not like they’re gunslingers at high noon in Logan. It’s just a vibe. And I would say the vibe of Gambit has a romantic or sex comedy vibe to it.”

The fact is, with Disney’s acquisition of Fox, anything beyond next year’s X-Men: Dark Phoenix and The New Mutants might as well be considered cancelled. There are exceptions, of course. It’s unlikely Marvel Studios will want to can Ryan Reynold’s Deadpool franchise (they aren’t allergic to money, after all), but that sub-sect of the X-Men universe exists comfortably outside of such trite concepts as timelines and canon, and could be easily integrated into the Marvel Cinematic Universe with a gag and a hand wave.

As for other projects like Multiple Man, Gambit, and X-Force, whilst they’re all nominally moving forward, the underlying philosophy at Fox seems to be a ‘business as usual until we’re told otherwise’ approach. But with Disney CEO Bob Iger announcing earlier in the week that the mutants would soon find themselves crossing paths with the Avengers, it’s unlikely any of those projects will see the light of day in their current form.