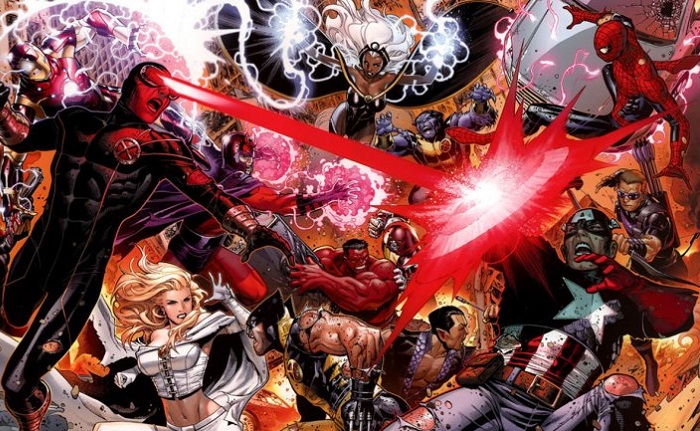 It was inescapable; the moment the rumours began to swirl about The Walt Disney Corporation adding 20th Century Fox to its long list of acquisitions, comic book fanboys everywhere began salivating at the thought of Wolverine finally getting to kick seven bells out of the Hulk.

Fox has owned the rights to the X-Men (and, unfortunately, the Fantastic Four) since 1993, and as such the Marvel Cinematic Universe has been barred from using any of the fan-favourite mutants ever since – despite the fact that the X-Men and the Avengers regularly team-up in the comics. The MCU has largely stayed away from any and all mutant-related characters and storyline adaptations, save for director Joss Whedon’s Avengers: Age of Ultron in 2015, which saw siblings Quicksilver and Scarlet Witch (portrayed by Aaron Taylor-Johnson and Elizabeth Olsen respectively) featured prominently. In the comics, the two were mutants, and the children of classic X-Men villain Magneto, though in the MCU they were referred to as ‘miracles’, and their heritage never alluded to. Indeed, as of X-Men: Days of Future Past in 2014, Evan Peters has portrayed Fox’s version of Quicksilver. The MCU’s incarnation was swiftly killed off, and Fox’s Wanda Maximoff / Scarlet Witch has never been mentioned by name, appearing only as a young girl beside her brother in a solitary scene – a confirmation many saw as a compromised workaround (the siblings were, traditionally, both Avengers and X-Men characters, meaning the studios would have shared-ownership, and simply split the two between them).

With the legal allowance earlier this year of the Disney / Fox merger, many have been eagerly awaiting the news that the Marvel universe would finally be complete, and come that news now has; yesterday, in an interview with The Hollywood Reporter, Disney CEO Bob Iger stated unequivocally that the X-Men were coming to the MCU:

“I think it only makes sense. I want to be careful here because of what’s been communicated to the Fox folks, but I think they know. It only makes sense for Marvel to be supervised by one entity. There shouldn’t be two Marvels.”

That ‘one entity’ is of course the man, the myth, the legend himself, Mr. Kevin Feige. Feige has been in charge of Marvel Studios, spearheading the entire shared universe concept, since prior to the release of Iron Man in 2008 and has been instrumental in the creation and running of the MCU for over a decade. To date, the MCU has now made $17.5 billion, and is the most successful film franchise of all time.

When Iger was somewhat jokingly asked if fan-favourite X-Men character Deadpool could become an Avenger, Iger was slightly more cagey: “Kevin’s got a lot of ideas. I’m not suggesting that’s one of them. But who knows?”

Whilst the idea of R-rated character Deadpool trying desperately to get past the censors in a PG-13 Avengers flick is undoubtedly hilarious, it seems most likely that he’ll be kept away from the larger Marvel ballpark – though definitely expect a cheeky reference or two to the merger whenever the merc’ with a mouth next appears.

Deadpool 2 and Avengers: Infinity War are both out for home release now, on DVD, Blu-Ray and 4K.