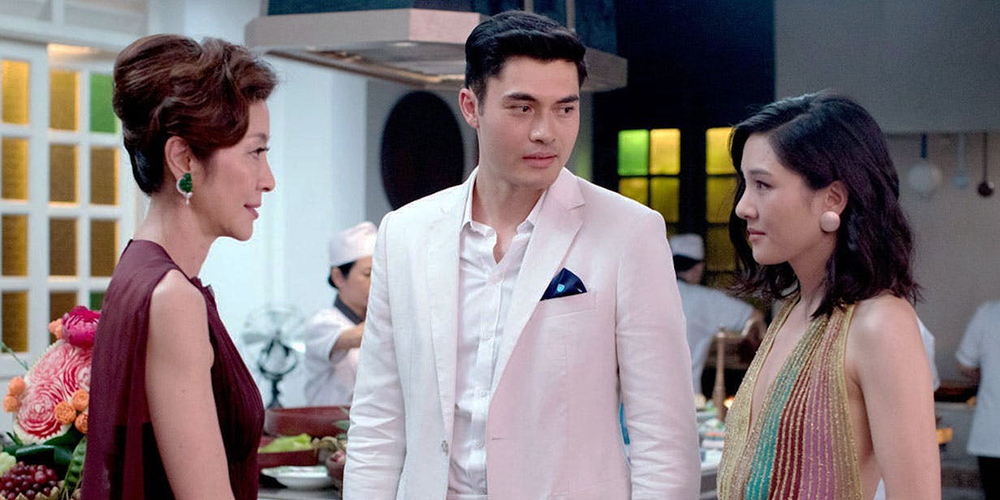 There’s two things you should know going in to Crazy Rich Asians. The first is that it’s title is intended as ‘crazy-rich’ Asians – as in ‘very rich’ folk from Singapore – and not in any way like the title of an Eli Roth movie about psychotic Singaporean billionaires. The second is that it’s one of those rare cases  of a genuinely great movie that lives up to  its own buzz. That’s right, Crazy Rich Asians is actually as good as the widespread adulation coming out of the US would have you believe; it is not only a cultural marker for representation (the entirely Asian cast list alone is jaw-dropping), but is a pretty terrific crowd-pleaser of a throwback rom-com to boot.

Meet our loveable romantic couple: NYU professor Rachel Chu (Fresh Off The Boat’s Constance Wu) and successful businessman Nick Young (erm… The Travel Show’s Henry Golding – that’s definitely a transition). She’s intelligent, adorkable, and a bit of an everywoman; he’s dashing, well-spoken, and comes from a family he says are “comfortable”. A lifelong friend’s wedding in Singapore, however, will soon prove how modest he’s being. Rachel is thrust into a world of socialites, money-hungry rivals, and, worst of all, a cut-throat matriarch she can’t possibly impress. As Rachel herself puts it, “it’s like I’m the villain of a bad soap opera.”

Far from soap opera-level entertainment, however, Crazy Rich Asians makes  a solid play for deeper terrain in the realm of the more upmarket  rom-coms of recent decades, such as My Best Friend’s Wedding or The Proposal. Its writing allows even its tertiary relationships to be explored, fuelled by a terrific cast that show up more than ready to play. In its best moments, Crazy Rich Asians feels like a demographic riff on Love, Actually, in equally great moments it’s an exercise in which comic is best at stealing the show (Awkwafina – and that took debate), and in others it’s Sandy Bullock meets Mean Girls. It wears the love of its own genre happily,  and it would take genuine effort to resist simply going along with the fun  in those moments when it’s forced by convention to drop by the requisite story beats of the average wedding movie or meet-the-in-laws comedy. 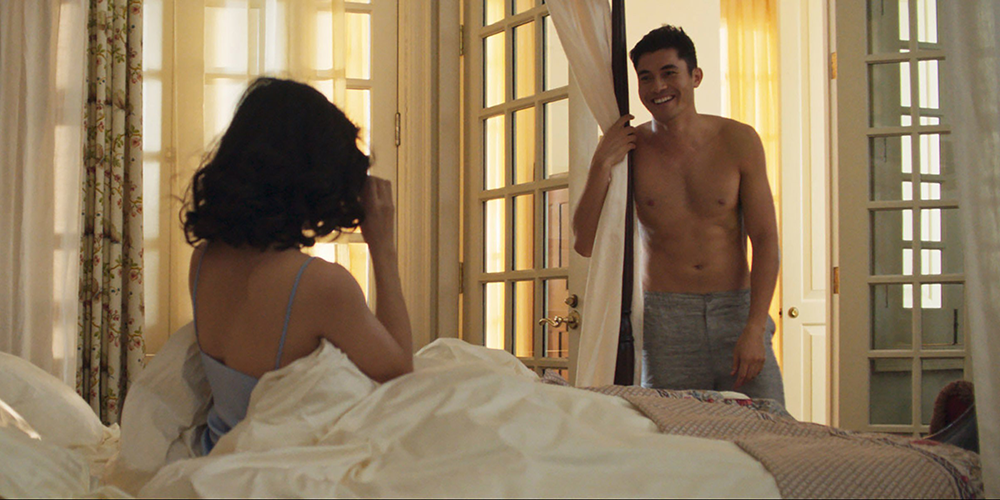 Crazy Rich Asians is a very sharp, very sweet, and very funny romantic comedy. Like all good rom-coms, its logic can be unravelled pretty quickly (the “surprise billionaire” element is staged as a twist, despite literally being in the name), but the strength of the writing behind it elevates the film far above the playing field of the average studio-produced romantic comedy. Uncompromising writing by The Proposal’s Peter Chiarelli and Life Unexpected’s Adele Lim ensures that this is very much a film belonging to its intended culture – doing so with unapologetic deference to custom and tradition, without stopping to patronisingly explain each social nuance.

One of the best movies of the year, a grand old time, and a social watermark too – Crazy Rich Asians is a bright and endearing charmer, brought to vivid life by sharp writers, Jon Chu’s engaging direction, a killer soundtrack made up of regional pop covers, and a technicolour show from cinematographer Vanja Cernjul. Prepare to fall head over heels.

It is Awkwafina. Definitely.