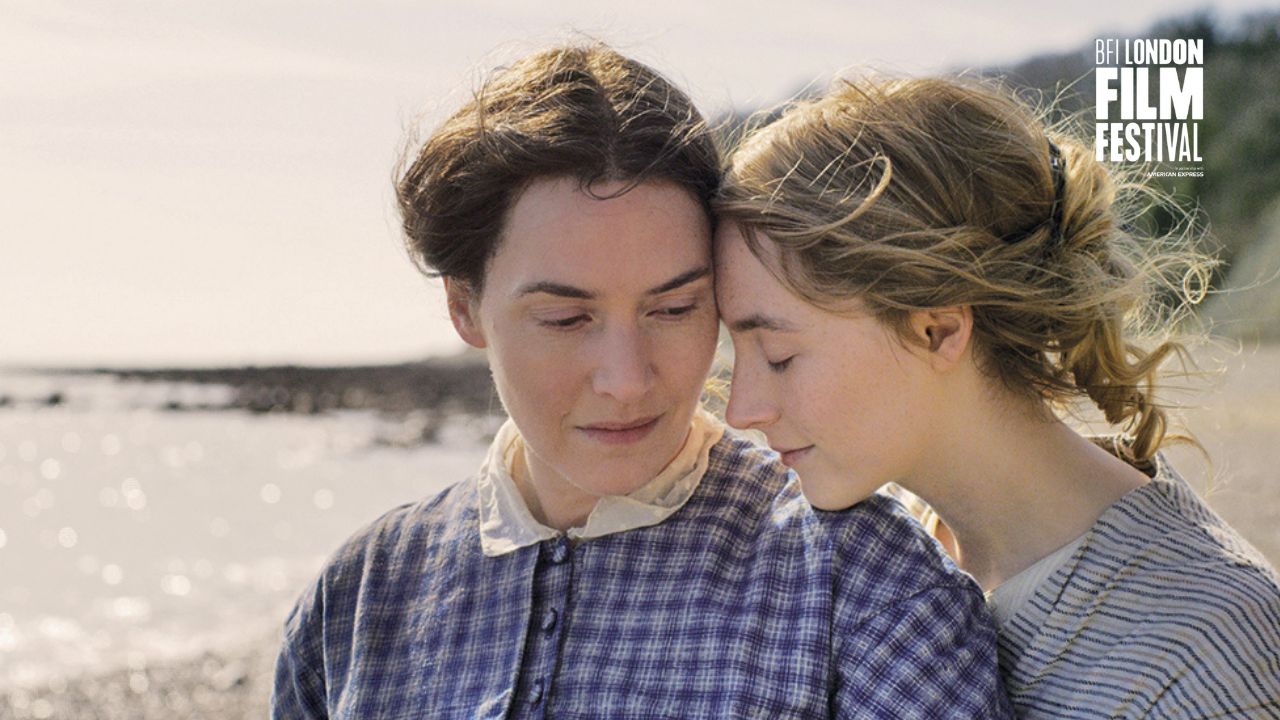 Attempting to challenge the rigid system of a patriarchal society, where the perception of women is frightfully reductive. You can only imagine it leaving you world-weary, as you fend for yourself to unearth the hidden talent that lurks inside you, in order to climb the social ladder swiftly. For Mary Anning tt was her relentless hunt for fossils to attract the elite, that held the key to bridging such a gap between the classes.

Such intensity in the preservation, Mary’s self-taught palaeontology was seemingly her great and everlasting love. But was there ever any room left in her hardened heart for another? A real-life relationship only sketched out in old letters and whilst there is no definitive proof of Mary’s sexuality. Director Francis Lee in his terrific sophomore directorial effort rages against the traditional tropes of the biopic like a rising tide in the sea, looking to sculpt a forbidden love affair as worthy as her underappreciated work.

Based on the coastline of 1840’s Lyme Regis, Mary’s (Kate Winslet) life isn’t going swimmingly financially, looking to make ends meet in a modest tourist shop, with her weary mother Molly (Gemma Jones) emotionally exhausted by a wave of personal losses. The melancholia extends into the soul and mind of one Charlotte Murchison (Saoirse Ronan), who may be worlds apart from Mary in her social standing yet is hardly lacking in smarts either.

Bolstered in that regard by her refined husband Roderick (James McArdle), the disconnect she feels from their passionless marriage is all too evident. In a desperate bid to ‘cure’ Charlotte of such ailments. He creates separation by over-egging his admiration for Mary’s work, with her reluctantly taking on Charlotte for a hefty cash fee. Firm in his belief that the howling winds and fresh air as these women stroll along the shore will prove to be the right prescription. An initially frosty reception gradually thaws out, with the warmth of their facial expressions and verbal exchanges defying the chilly bite of their surroundings, that is the outline for a burgeoning romance.

In keeping with what he achieved on his stunning directorial debut God’s Own Country. Francis Lee’s Ammonite instils the frame with a similarly raw physicality in how his characters interact with the world around them, mirroring the stony exterior of its key historical figure. Whether it’s Saoirse Ronan’s Charlotte trying to break her resistance or Fiona Shaw’s Elizabeth who is all too damning of the distance Mary kept from her previously, it’s elegantly reinforced by Lee’s impeccable use of wide and long shots. In such a glacial and muted approach; however, your emotional engagement may waver in its early portion, with its seasoned performers eventually succeeding in their chipping away to allow its underlying wonder to emerge. Never needing a gesture as grand as the costumes worn, it’s all in the lightness of touch or a loving look and refreshing for a period drama that is LGBTQ-centric, acts of condemnation are nowhere to be found.

Billed as a lavish period romance. Upon watching, it feels like a hint of misdirection in that Ammonite is arguably more absorbing and rewarding as a character study of repressed emotion and ambition. She is challenging the gender politics of its time as Mary drags her feet through the mud, with its lesbian love story only just falling short of the same complexities. Laying the foundations right from the outset with a working-class woman scrubbing a floor who is barely given a second glance—shutting down the misjudgment of men not offering women like herself the same courtesy of a musical performance and recognising her self-worth in her work dealings. Even in the choreography of the gently observed sex scenes with Ronan’s Charlotte, their positions are almost a reflection of where Mary currently stands in society.

In a string of recent roles that have been consistently animated and expressive. Kate Winslet dials it back to tremendous effect with her portrayal of Mary, whose gradual dropping of the guard in allowing herself to pour time and genuine feeling into something beyond her craft, alongside her careful contemplation of the hidden urges in her past is spellbinding to witness. Saoirse Ronan stands strong alongside her with a brilliantly nuanced performance as Charlotte. The initial fragility and fear we are exposed to, with water proving a key element in her character progression as she dives deeper within herself to allow this relationship to blossom, helps to create a dynamic with Winslet that is genuinely transfixing.

The wondrous discoveries of Mary Anning may have eventually turned to stone. But the heart of Ammonite is far from it. A quiet, beguiling beauty.