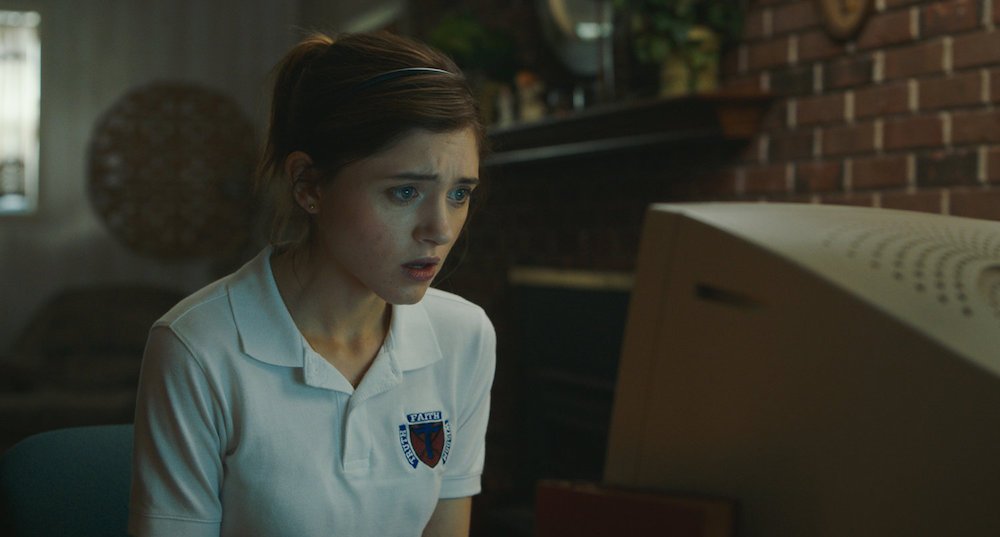 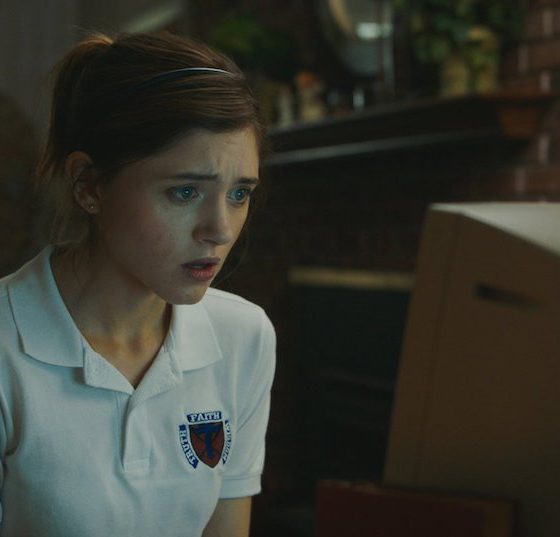 Stranger Things alum, Natalia Dyer, shines in this comedy-drama about a Catholic schoolgirl’s sexual awakening in the early 2000s. The directorial debut of Karen Maine, who wrote the film based on her own experiences, is amusingly well-written, and a refreshing departure from the raucous teen sex explorations that have coloured the last decade.

When we meet Alice (Dyer), she’s an anxious teen on a quest to find out what the term “tossing a salad” means. Despite teachers barking at girls with their skirts in the sinful territory of 2 inches above their knees, sexual rumours flood her school and Alice is branded a fallen woman after one about her is automatically believed. Her earnest aim for clarification leads her to an AOL chat where things become racy. Alice masturbates for the first time and is both alarmed and inquisitive about the new level of herself she has unearthed.

Dyer brings depth and relatability to a character of few words, but whose perplexed and frantically contemplative expressions speak volumes, as Alice continues to be at the mercy of everyone else’s doctrines for her life. Her oblivious parents, her judgemental best friend, and God’s will – delivered to her by Father Murphy (Veep’s Timothy Simons).

Rattled by her further descent into sin (rewinding the sex-scene in Titanic three times), a teen retreat seems to be the best place for Alice to reclaim her soul. This setting is where the film comes into its own. Still, it pointedly pokes fun at the retreat team leaders, including school Queen Bee Nina, played by Alisha Boe (13 Reasons Why), whose near entire dialogue is full of giggle-worthy comments. Rather than recoil from her body’s urges as encouraged, Alice indulges; each brief moment of rebellion brilliantly underscored by a blast of sweet, bubble-gum pop music, that further illustrates the natural youthfulness of the act.

The film excels in depicting the world through Alice’s new hormone-driven viewpoint. As she feints injury in order to be carried by Chris, her team leader crush, the camera lingers on his hairy forearms, a voyeur to each strand, and we can feel the desire emanating from the lens – from Alice herself. While this shot stands out as a highlight of Maine’s ability to put us in the mind of a horny teenager without playing for laughs or crassness, much of the film’s jabs at its self-righteous characters and their convictions are so light in their mocking, and they can fall under the radar. Moments like this make Yes, God, Yes, feel slow and uneventful.

Ultimately, Alice realises that giving in to her body’s urges doesn’t make her weak – it makes her like everyone else. As she discovers the hypocrisy around her, Dyer remains measured in her portrayal of a teenager still naive and apprehensive, yet crackling with mischievous energy as she revels in the power her acceptance gives her over those still hiding their desires.

Yes, God, Yes is a witty comedy, that while softer in its sarcasm, presents a relatable depiction of the sexual awkwardness of teenagehood wrapped in the anxieties of religion. Maine’s solid debut is anchored by Dyer’s strong performance, ensuring there will undoubtedly be interest in the next project choices for both actress and director.