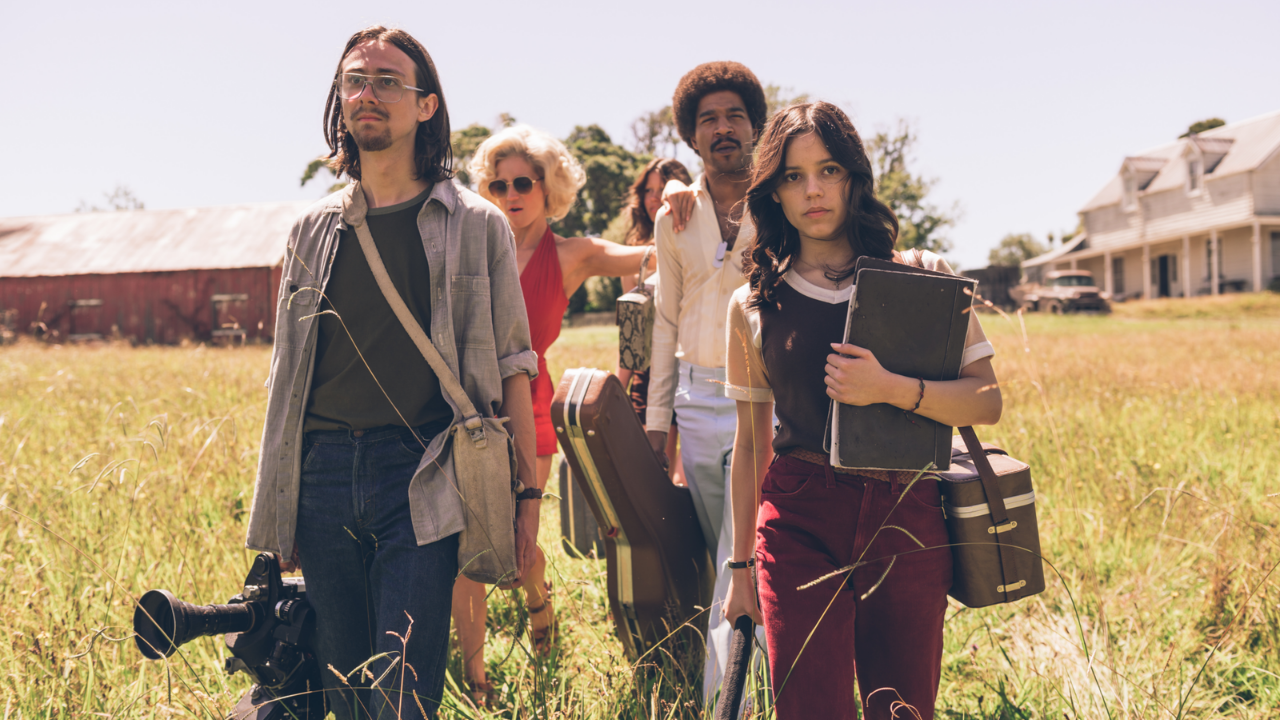 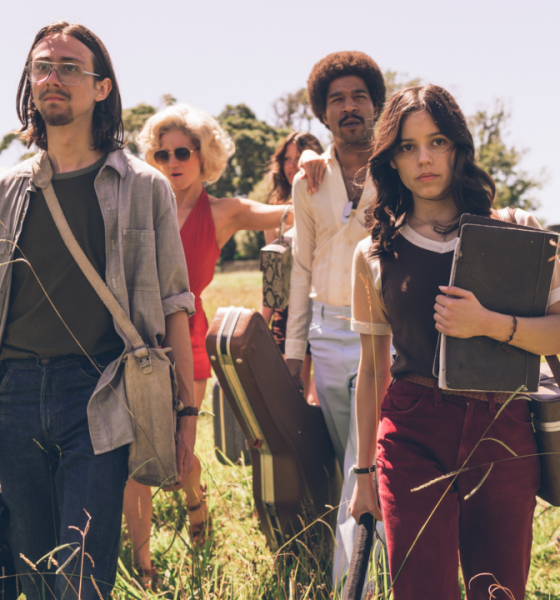 At this point in genre history, Ti West should be a household name for most horror pundits. Following his rise to prominence with the stunning emulation of 80s satanic panic exploitation in The House of the Devil, West continued to dominate the indie horror scene throughout the early 2010s with his homage-driven brand of genre filmmaking. An all-American nightmare unfolded amid the crummy hotel halls of The Innkeepers, while the terrors of organised religion hit a tangible Jonestown nerve in The Sacrament – West’s fascination with the darker side of Americana is impossible to overlook. Premiering at this year’s SXSW, the filmmaker’s latest genre exercise is the aptly titled X: a ridiculously entertaining, vintage slasher feature that sets its sights on American sexual politics and the dreaded concept of corporeal decay.

In the classic 80s slasher fashion, X is a film of two key components: showing skin and cutting it off. Luckily, the Texas Chain Saw Massacre-like backdrop of the South in 1979 and a group of hot-blooded, frivolous boomers render that task practically effortless, as director West infuses his work with brains far beyond gratuitous nudity and practical gore. Armed with a 16mm camera and keys to their cheekily christened “Plowing Service” van, the band of unlikely indie filmmakers/adult performers sets out to create an experimental pornographic film in rural Texas. Upon arrival at the rented guest house, they’re welcomed by an elderly couple and their deviant quirks, as the filmmaking process swiftly turns into a psychosexual bloodbath.

X revels in its unabashedly smutty, eye-puncturing glory – and it’s all the better for it. Despite the A24 label that comes with its set of elevated horror/trauma plot preconceptions, West’s film is thrillingly simple in its frictionless genre dynamics. His engagement with the theism of 70s American horror and the sexual politics of 80s slashers may be rather sneering, but the loving replication of fiercely stylish, old-fashioned scares indicates a much deeper reverence for the genre than the usual patchwork found in the works of other horror contemporaries. Between the fittingly scornful characterisation of a French New Wave-obsessed filmmaker RJ (Owen Campbell) and an unreservedly riotous outing from Scott Mescudi as the veteran adult actor Jackson Hole, the horror auteur has his finger firmly on the pulse of self-aware genre cinema.

Ti West’s formal ingenuity is back in full swing with X: pans, zooms, wipes, discomforting negative space and an endless barrage of 70s grime penetrate the screen with grindhouse finesse. This really is the definitive Ti West feature, down to self-referential thematic points and nods to his previous works: a full moon straight out of The House of the Devil gets eclipsed by crimson red blood, accompanied by the pervasive speech of a televangelist who echoes The Sacrament with puritanical dogmatic motifs. In the hands of a different genre filmmaker, this could’ve easily ended up being a “greatest hits” horror pastiche, but West’s clever implementation of influences never detracts from the subversive brilliance of the film’s distinctly modern sensibilities.

Not since the regrettable demise of erotic thrillers has the subject matter of desire been explored so thoroughly in mainstream genre cinema, and X delivers plenty thought-provoking observations on that front. What exactly drives American puritanism and why does it deem pornography devoid of artistic merit? Much like M. Night Shyamalan’s Old, the film exists on that specific wavelength of universal human fears around ageing and bodily deterioration – albeit West is more interested in scrutinising the question of physical attributes and deemed undesirability of seniors in the Western culture. There’s an astute dichotomy between the film’s lead, Maxine (Mia Goth), and the villainous lady Pearl, which simultaneously acts as West’s paramount thesis and the film’s most inventive throwback to Tobe Hooper’s The Texas Chainsaw Massacre 2.

Few contemporary horror films are so full of texture, vigour, and genre passion as X. In his glorious return to the realm of the American monstrous, Ti West flexes his formal expertise to craft a modern horror classic – a film that reveres the genre canon just as much as it wishes to rise above it. By continuing to utilise the demonstrative form of homage, West employs his signature stylistic choices not only to display his commitment to American horror, but to comment on the evolution of the genre over the years. It’s no shock that the next project from the horror maestro is a prequel with an equally laconic title Pearl – there’s still so much horror ground to cover.