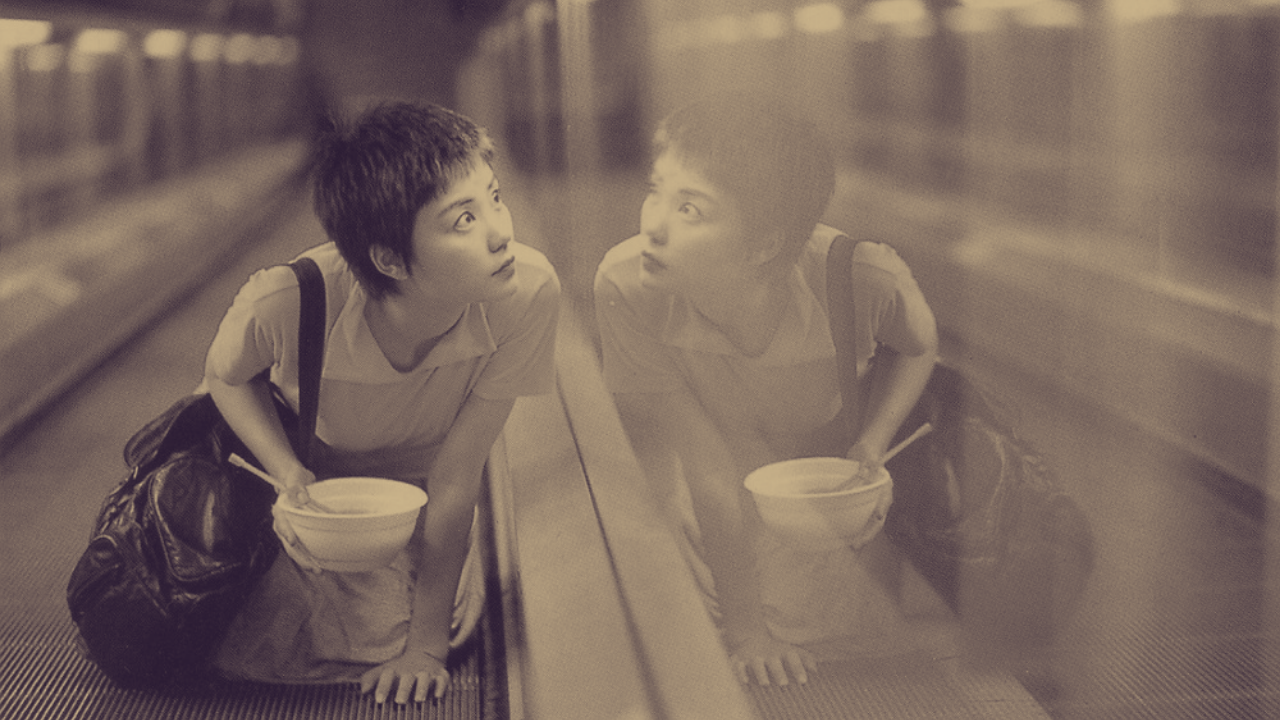 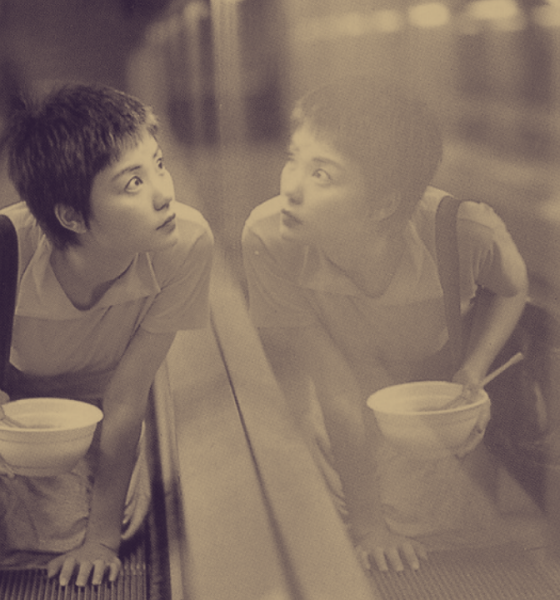 Following his first two films, Wong Kar-wai left behind any influences and pastiches of Hong Kong filmmakers. What emerges is a postmodern world that is uniquely his and uniquely Hong Kong. Chungking Express is a microcosm for the quickly globalizing world, and thus the film itself is a representation of the cycles of romance in a city whose people feel as if their autonomy has been taken from them; a feeling that Kar-wai emulates as feelings of love, and the loss of it. The film is haptic in its tactility of the feeling of love and longing. At the same time, its bifurcated structure represents all the connections, brief or not, of the citizens of a multicultural Hong Kong. What’s more, Kar-wai’s meddling of framerate and colour grading in tandem with guerilla-style cinematography mixed with languid panning shots creates a visual style that facilitates the connection between the characters and the audience.

Coming off the most insular Days of Being Wild, it is exhilarating how spacious and diasporic Chungking Express feels. This is a world of commodities and exchange, where nationality is a currency that can be interchanged as necessary with many Southeast Asian nations are represented within the film. It is a world of global capitalism that numbs its participants to the point where actual emotions invoke disassociation. Kar-wai’s consistent slowed-down frame rate occurs at moments of violence, joy, love, loss, and growth. The two pairs of characters are thus the ultimate lens through which to view life in any city today: the loss of love as the loss of self and the rediscovery of self is facilitated through love.

The recurrent motif of both planes and the song “California Dreamin” by the Mamas and the Papas elucidate this as the Western influence of Hong Kong produced a social consciousness of transition in the 1990s, the British handover back to mainland China due to happen in ‘97. Thus, the planes reflect the transitory mentality of Hong Kongers at this time and how the culture of the Western world has immigrated to Hong Kong and become a diaspora of its own, Faye dreaming for the days where she can get away, but to another western country, which is what the song highlights. The often-used iconography of Coca-Cola, McDonald’s, and K-Mart instils this within the setting. The characters are caught between love and relationships as Hong Kong is caught between two nations.

Time, in Chungking Express, is neither a tool nor a weapon, it simply is: time is where our heightened emotions seem to last forever because of the suffocating space we live in, and time is where our desires linger, and last as is it forces us to encroach onwards to both our inevitable swooning and heartbreak. The structure allows for this truth to seep through. The film’s structure is a complimentary ying-yang, each finishing and beginning each other narrative arcs, producing the image of city life as one of yearning as, being constantly in a consumerist market, a city dweller is taught to never be satisfied: the view that love is a cycle and one that people will never be satisfied with, for better and for worse. This is beautifully mirrored in the cans of pineapple metaphor, as the policeman is quite literally consuming his sorrow after connecting his love to the expiry of goods, yearning for what was while inescapably moving towards the future. Similarly, in the second half, when inside Tony Leung’s apartment, past, present and future seem to melt away, whether it is in his beautifully bittersweet, self-induced flashbacks or Faye’s tiding up and pilfering through his past, their (non) meet-cute when he catches her there mirroring the future they could have as a result of mirroring the past.

The first story starts with a breakup to ends with a future romance. In contrast, the second story is the continuation of a breakup and the ensuing falling in love, from both perspectives, only to end with them together in their California dreams. This sense of connection across characters also creates the phenomenological element of the film, having us be in the position of the person that one of the main characters bumped into for 0.02 of a second, and that being the closest we ever got. We are all the main characters of our own story, and in a city as large and globalized as Hong Kong (as many cities today are), we interact with people we will never know or meet every day, and that is simultaneously communal and isolating. Kar-wai taps into this feeling and then resolves it, both by and through love; he connects the audience to the film by finding the universal emotions of the postmodern world we inhabit and how the cycles of love are both propagated and interrupted by this, within the specificity of these love stories of people longing for love with better people.

Chungking Express is haptic cinema through and through. The tactile nature of the visuals and sound allows the viewer to disassociate with the characters, smell the fish and chips and mixed salad, taste the nearly out-of-date pineapple, and experience the sensations of being in Hong Kong. It opens the door to understanding these characters and seeing the world through their eyes and, more importantly, how they see each other. Kar-wai, like his characters, and as we all are, seems to be searching for a greater truth or justification of the self-imposed and socially enabled suffering of the heart. If death is an inevitable and crucial part of life, isn’t the end of a romance what makes its endurance so special? Or is there no meaning, and it just is a fact of life that love is beautiful, but its ripple effects are damaging? Regardless of what each viewer takes away from Chungking Express, it’s split yet complementary structure, terrific neo-noir score, and visual colour palette that reflects the variety of emotions and cultures that make up Hong Kong’s life ultimately is about the contradictory nature of love. It breaks us as much as it reinforces who we are, frustrating as it is fulfilling, lonely as it is luscious. Kar-wai’s film is still as special and personal as it was released and remains totemic in its placement in film history.