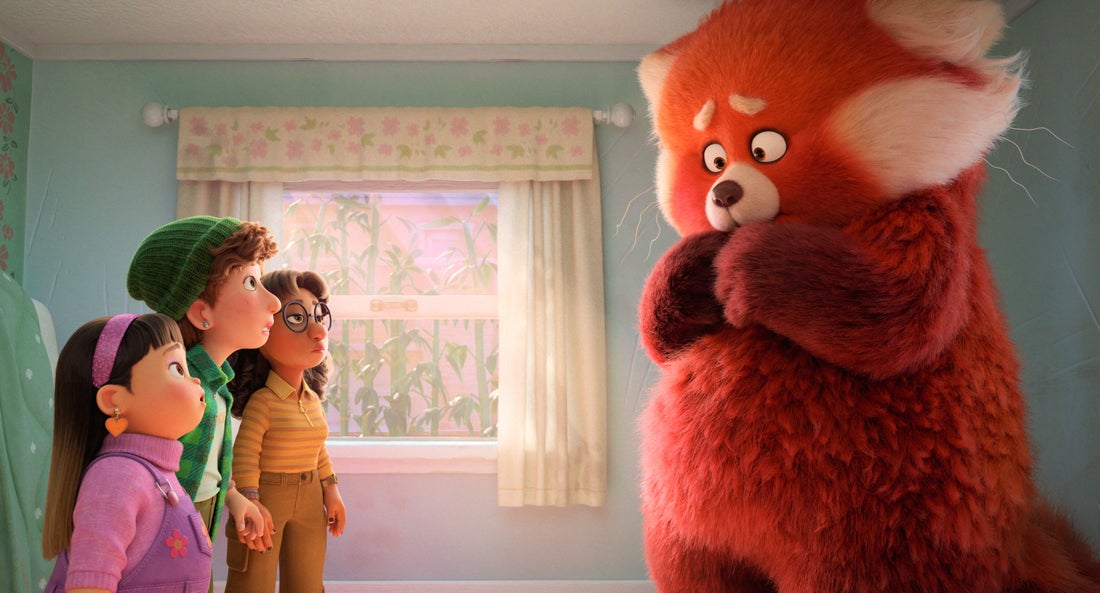 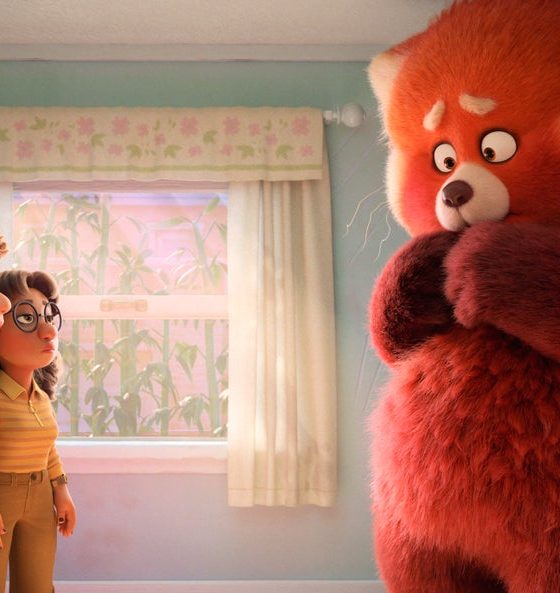 Pixar is known as the Mecca of animation for very good reason. Sprinkled with heroic journeys, lots of love and a stronghearted moral message, its canon of films have provided emotional catharsis for generations of kids and adults alike. Turning Red is a lesser expected Disney outing that plays closer to home, yet strikes chords of resonance and empathy like never before.

Set in 2002 Toronto, 13-year-old Meilin Lee (voiced by Rosalie Chiang) is a girl on a mission. A straight-A student with a group of loyal friends by her side, she feels held back by her overbearing mother, Ming (Sandra Oh). As she sets out to see the loves of her life—in the form of boy band ‘4 Town’—Mei discovers she will transform into a red panda when she can’t contain any strong emotion.

Turning Red doesn’t have the typical Pixar narrative structure of the protagonist travelling far and wide to undertake a personal quest—and it doesn’t need it. The familiarity of parental pressure, self-expression and the highs and lows of teenage life provide all the dramatic gusto of any classic epic. Mei’s character is instantly likeable, staring directly down the camera with an independent sass that people twice her age would envy. Together with her friends Miriam, Priya and Abby, they represent girls who unashamedly embrace their intellect—an effortless representation that’s been sorely needed.

In the midst of delicious animated details that Pixar have built their reputation on, nostalgia runs wild. With a catchy soundtrack that refuses to be forgotten, the magic of the 2000s almost feels like a love letter to the countless millennials that will be watching. Music is a character in itself, acting as the glue that holds a realistic female friendship through its tough times, as well as being the gateway between mother and daughter.

The play on ‘tiger parenting’ could be said to border on stereotypical, but the conversations held in Turning Red are far from it. Chinese-Canadian culture is displayed in all its glory, while previously taboo topics like menstruation shred any hint of gross embarrassment. On top of the feel-good themes and typical teenage struggles, the script is wickedly funny. Laughs land exactly where they should—with fireworks in hand, doing cartwheels for parental approval.

Each metaphor isn’t exactly hidden away—it’s never been too difficult to decode exactly what a Disney film is trying to teach. Instead, the moral message sings in symphony with easter eggs of animation, a refusal to change identity and the awkward quirks that traditionally accent teenage years. For something so grounded in realism, the animated strokes of absurdity reach a cute, furry paw out to a modern audience in touch with their inner anxieties. Turning Red beautifully orchestrates teenage independence, strong female friendships and the reality of parental pressure into a joyous watch that’s universally relatable. In a world where girls aren’t afraid to be smart, entrepreneurial or different, the continuing struggle to be your own person is ideally packaged for a new generation.