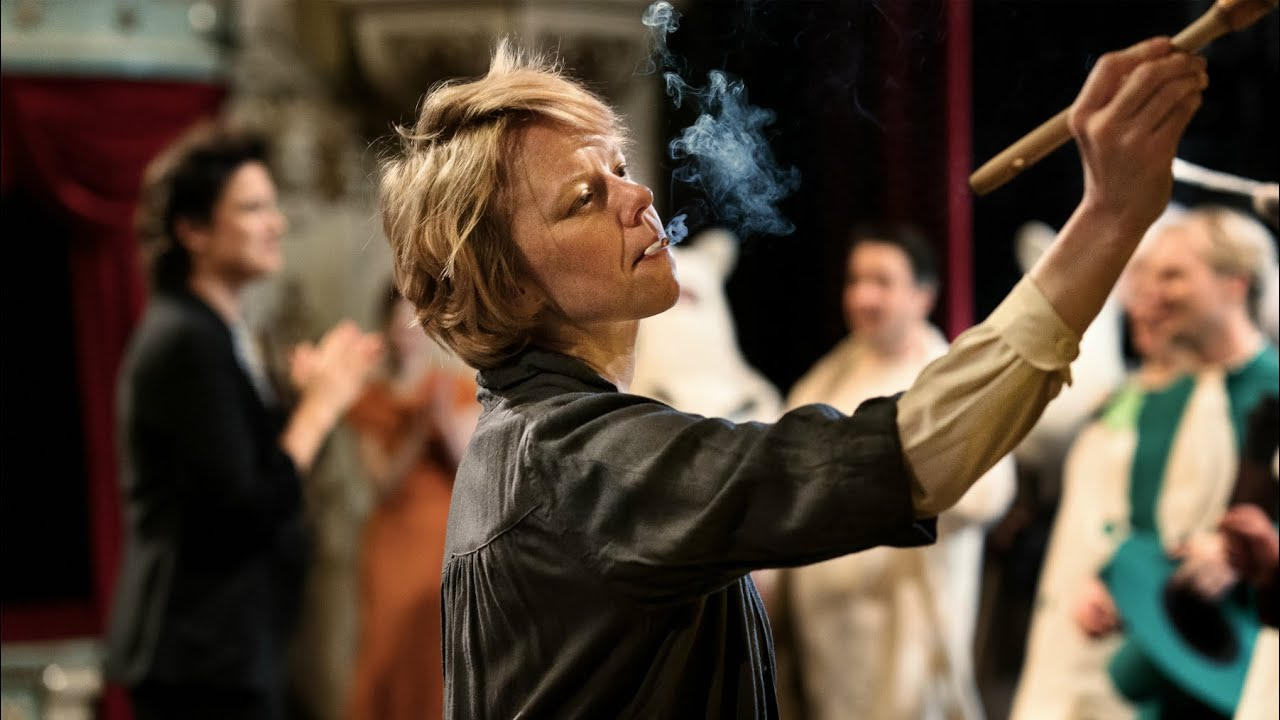 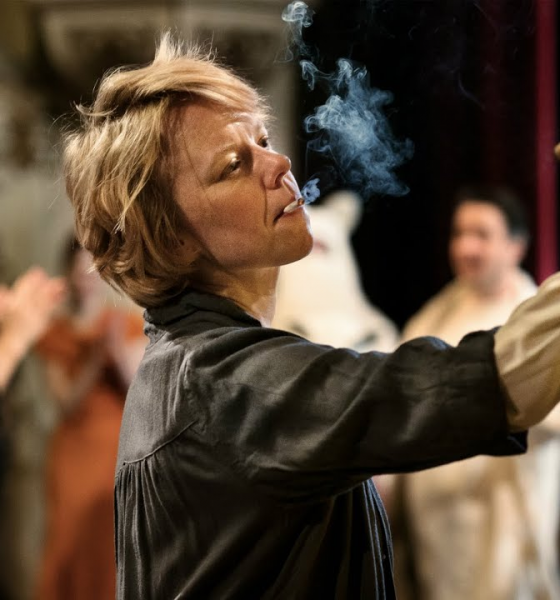 Zaida Bergroth’s biopic focuses on the life of the beloved Moomins creator, Tove Jansson. Set in Finland over the course of a decade, Tove is about finding your voice as both an artist and a woman.

The film begins in 1944, with Tove sketching in a Helsinki bomb shelter. As she walks the war-torn streets, the words of her stories can be heard over the sound of air raids. “At the deepest part of the great forest, here and there giant flowers grew”. This colourful fairy tale imagery appears to offer an escape from the destruction around her, as she takes refuge in the magic of her mind.

It is an impressive central performance by Alma Pöysti, who powerfully captures the eccentric essence of the prolific author and illustrator. The film immerses us in Tove’s world and creates great empathy for her loveable character. We are first introduced to Tove with her dancing frantically and freely, in an effective visual metaphor for the liberation and self-expression which she seeks throughout the film. There is a childlike innocence and naivety to her character, as she declares, “I believe life is a wonderful adventure”.

Tove explores a woman’s journey to find her own voice, with the familiar trope of the talented artist eclipsed by her father’s fame. As the daughter of a renowned sculptor, Tove describes herself as “a bleak shadow of his genius”. Tove is known for her oil painting, but it is her private “doodles”, which are her real passion, and the work which will ultimately lead to her international fame.

Although Tove provides a little context into the artist’s work, the film focuses less on the genesis of the Moomins than on her romantic relationships. We witness her sexual awakening as she navigates an affair with the married socialist Atos while falling in love with the mayor’s seductive theatre-director daughter, Vivica.

The audience can understand Tove’s passion for Vivica, which she emotively compares to “being swept up by a dragon”. This is an apt depiction of their fiery albeit dangerous affair, as the polyamorous Vivica threatens to break Tove’s heart. We experience both her joys and deep sadness in the movingly depicted pain of unrequited love. However, Vivica is undoubtedly an artistic inspiration through both her relationship and encouragement of Tove’s work. When Tove asks if she likes her paintings, Vivica replies, “they’re nice, but those are special”, pointing to her Moomin illustrations.

It is encouraging to see a greater focus on female artists in cinema and even more so a focus on gay icons. Celine Sciamma’s mesmerising Portrait of a Lady on Fire (my favourite film of 2019) won the Cannes Queer Palm, and Tove was Finland’s submission for this year’s Academy Awards. It is a hopeful prospect for diversity in the film industry in terms of both women and the LGBTQIA+ community.

As someone who knew very little about the Moomins, I would have loved the film to focus more closely on their conception. But for those who are more familiar with the stories, Tove brings fascinating insight into the personal life of its gifted titular creator.