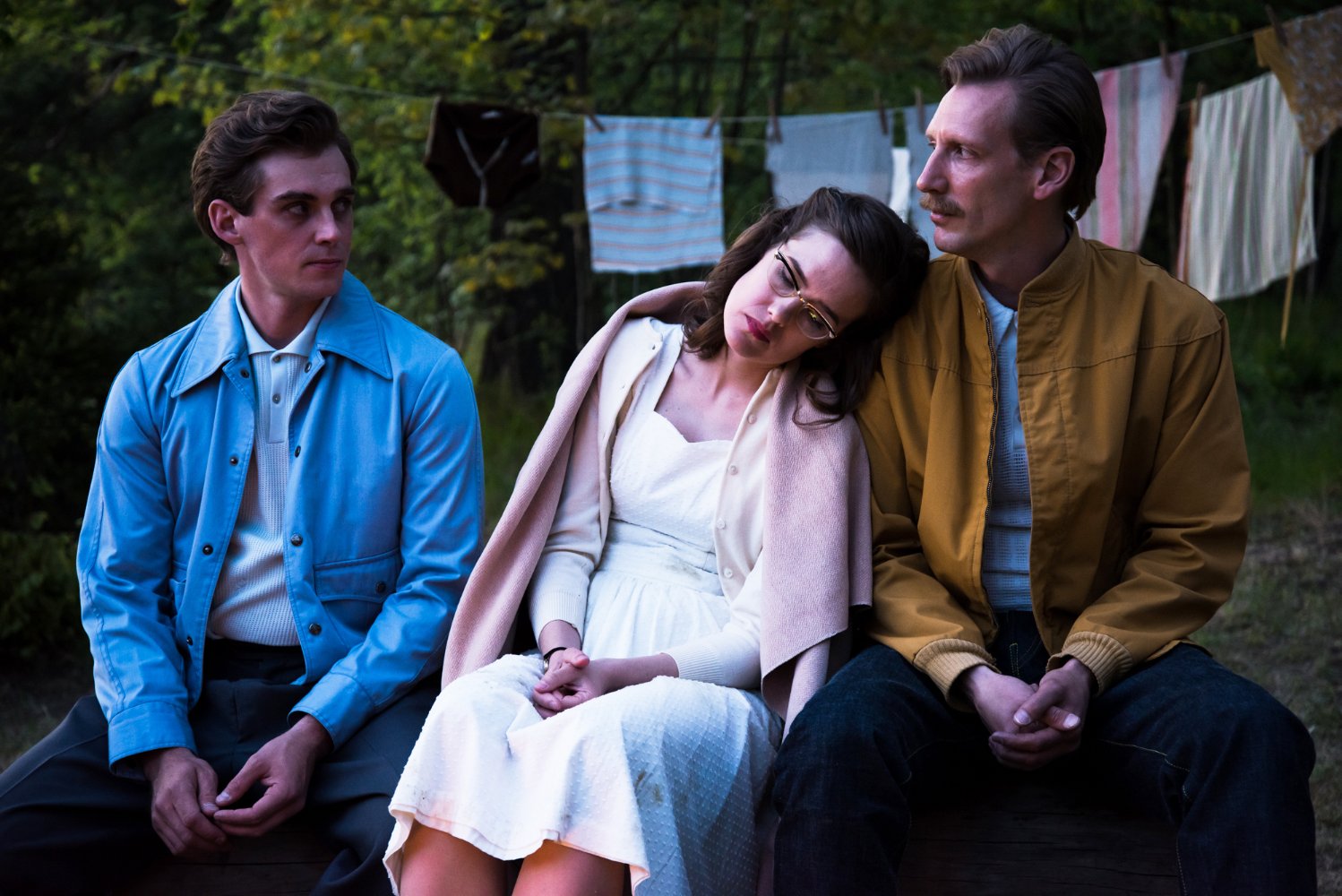 A wave of naked soldiers slipping and wrestling on a frozen Finnish lake with the bitter chill of violence in the air, at the height of World War II. Quite an unlikely way to break the ice with this Dome Karukoski film at first glance, but its primary figure was all too fond of breaking new ground and pushing boundaries.

At a time where homosexuality was illegal. Artist Touko Lakksonen/Tom Of Finland was widely considered to be one of the great liberators for the gay community, as his striking hyper-masculine and fetishised drawings of muscular leather-clad men painted a picture of power and pride, a compelling counterpoint to the harsh realities of fear and fragility.

Played by an assured Pekka Strang, the ongoing warfare that Lakksonen’s decorated army officer is immersed in, compliments the traumatic personal war he is desperately fighting to win as he looks to truly embrace his sexuality.

Isolation accentuated by the grand spaces of the home he shares with his concerned sister Kaija (Jessica Grabowsky). The repression of feelings epitomised by his danger-filled delves into the woods at night craving affection, risking persecution from the police.

For an iconic figure well renowned for his notorious and frank approach to sex. The surprisingly subtle, understated approach director Karukoski takes with ‘Tom Of Finland’, could initially throw hardcore fans of Touko’s work off-balance, who may clamour for a far racier affair.

Yet he succeeds in peeling away at the tender layers of his persona. The desaturated 1940’s visual palette as the promiscuous distant glares through windows and doors mirror an impeccably tailored espionage drama. Gradually brightening as he becomes more comfortable in his own skin, capturing the almost feverish fantasia of liberal 1970’s America, that is soon tainted by the trauma of the AIDS crisis.

Its considered nature is firmly evident in the performances too, with the dismay of Grabowsky’s Kaija towards Touko’s and Veli’s relationship beautifully handled, whilst Tilkanen’s simmering love interest grows in emotional stature throughout the film. Inevitably though, it’s Strang’s lead performance that stuns, owning the role with quiet authority.

Creating pictures that were considered ‘atomic bombs’ that could cause mass destruction to one’s character. It’s a relief to find that ‘Tom Of Finland’ rarely threatens to leave lasting damage on its celebrated artist’s legacy. An engrossing and elegant biopic.