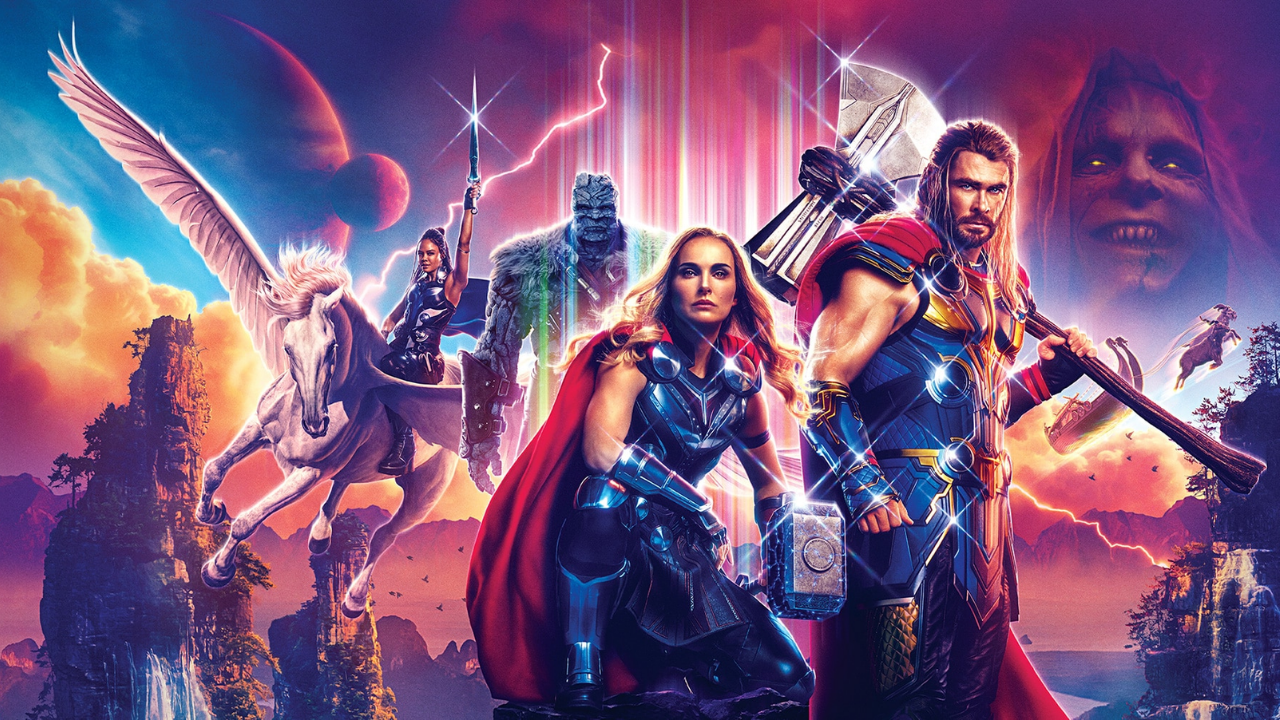 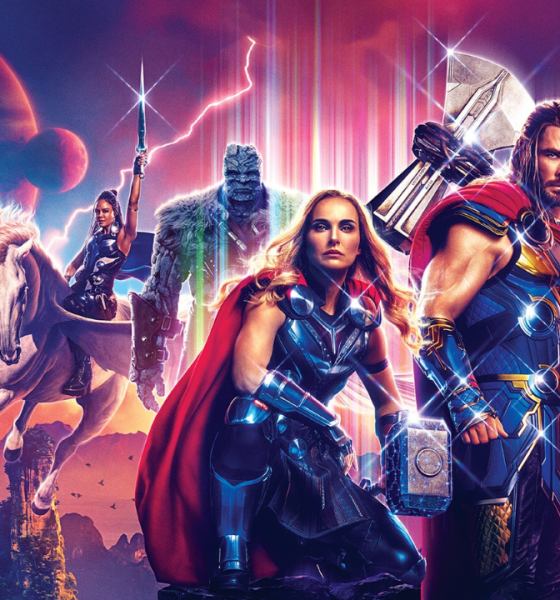 Phase 4 for Marvel has been spectacularly uneven. Their TV shows have ranged from philosophically astute with some great action sequences and cinematography (not to mention lore) to politically inept, offensive towards victims of trauma and downright pandering. Meanwhile, their films have been rather mid-tier; other than No Way Home’s success, they have been rehashes of what has been explored before or attempts to do something new without understanding why we as an audience have come to crave something different from the giant.

That being said, their films have been utterly refreshing. They have been the result of the filmmaker’s (Sam Raimi, Chloé Zhao) vision within the machinations of a company whose entertaining formula could be bottled and used for a plot MacGuffin for an episode of The Boys. Thor: Love and Thunder is no different; for better or worse, it is a Taika Waititi film, replete with tonal shifts so jarring you’ll go outside the theatre to make sure you’ve walked into the right screen, and yet somehow ties together for a film, that more than any other in recent memory, is a straight-up old school Saturday morning cartoon, with a rocking score (and soundtrack) to boot.

Opening on a prologue centring around Gorr’s (Christian Bale) backstory involving loss and a disillusionment with Gods, begins a killing spree that lands a hapless, directionless, and “co-captain” of the Guardians of the Galaxy, Thor Odinson (Chris Hemsworth) in his path. Meanwhile, Jane Foster (Natalie Portman) has returned, this time as The Mighty Thor, rekindling old romances as the two, along with Valkyrie and Korg, search out the help of fellow gods to stop the God Butcher before wiping them out in one fell swoop.

Thor: Love and Thunder is exactly the kind of film it promises itself to be, both in its candy-coloured aesthetic and Gun n’ Roses soundtrack, as well as it being a successor to Ragnarok. Don’t get me wrong: where Ragnarok was a space opera on acid, Love and Thunder is more of a rom-com on ecstasy. The humour and irreverence is as vibrant, if not always as funny, as ever, Hemsworth proving to be Waititi’s muse, continuing to be hysterical as Thor but keeping the inherent tragedy of his character that the film explores in his and Jane’s relationship. Natalie Portman has never been better as Jane Foster. She is absolutely one of the best elements of the film, carrying the film’s emotional weight with ease and, more so than the rest of the cast, deftly balances some of the tricky tonal jumps the film attempts to make. Thompson and Waititi are still as likeable and fun as ever, even if their characters have been pushed to the sideline, a fun side part of the world rather than the story itself. A special mention must also go to Russell Crowe, who, as Zeus, dons an Italian accent masquerading as Greek as he gloriously chews the scenery.

Unfortunately, the humour doesn’t feel as sharp or inventive as Thor’s previous outings. Even if I was laughing consistently, the belly laughs from Ragnarok are gone. This predominantly stems from the film being unable to balance the rom-com-serial-killer-revenge-story genres it plays in. Bale is terrific as Gorr, by far the MCU’s scariest villain, but, as with the film in general, his opening prologue felt undercut and too rapidly presented, as if any scene or moment not relating to the plot had been cut, and leaves his character to be one dimensional, even when the performance and ideas presented (rejecting superheroes as the replacement for religious icons in our pop culture?). It doesn’t help the rushed feeling when the costumes, particularly masks and sets, are all VFX, reminiscent at times of the overuse of it in The Battle of the Five Armies. This rushed aesthetic extends to the rest of the film and is where, as a film, Love and Thunder unfortunately drags.

This is the most “rollercoaster” of any MCU film, almost intentionally so. Yet, seen as a Saturday morning cartoon, whether that is something more 80’s related like Thunderbirds or more recent like Teen Titans, Love and Thunder is remarkably entertaining. It is all plot, momentum, visuals and sound, and kick-ass action. Here Waititi makes a marked improvement over Ragnarok’s action sequences, with choreography, monster designs, music cues, and kills that play with colour and fluidity in genuinely exciting ways. The relationship between Thor and Jane has never been better, with some fantastic gags concerning Stormbreaker and Mjölnir, and Waititi’s emotional centre does shine through at the end, the movie ending on a saccharine but also fist-pumping moment; not because of fan service or a new character or some twist, but because its two characters we have come to care about and, recently, that is refreshing.