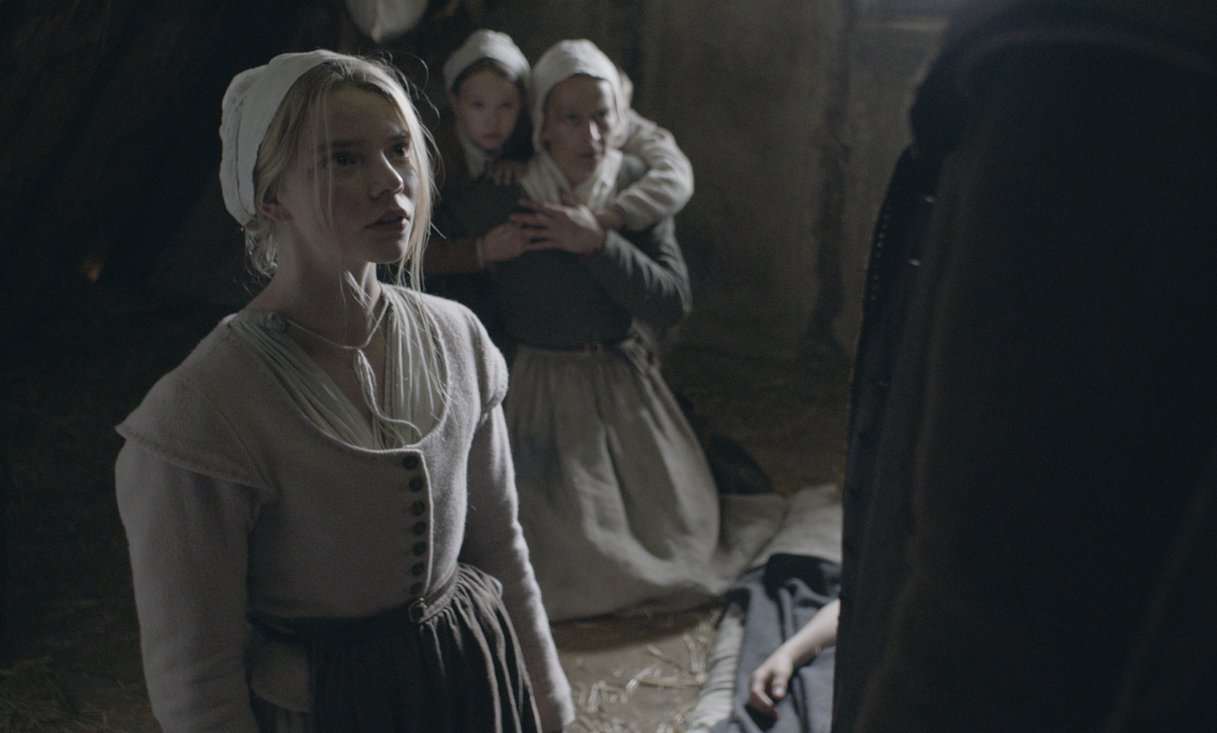 In Cinemas This Week

Set in the 17th century New England wilderness, the story focuses on William (Ralph Ineson) and his Puritan family trying to survive following excommunication from their plantation. After William’s infant son disappears near the woods, he and his family begin to suspect devilry in their midst, and it isn’t long before they begin to turn their suspicions on one another, fuelled by their fear of the unknown wilderness and their unknowable God.

The Witch is a complex film to discuss as it refuses to squeeze itself into any genre pigeon hole, and it may leave some audiences disappointed or confused because of this. Yes, it does feature many of the trappings of a horror film, but its horrifying scenes are presented with a creeping menace rather than a traditional seat-leaving jolt or an over-generous display of blood and viscera. Horror fans expecting a satisfying tour of the standard genre tropes may exit the cinema wanting more. However, as an exercise in tension, performance, atmosphere and straight up creepiness, The Witch is a stirring success.

Writer-director Eggers focuses much of the film’s time and energy on the day-to-day lives of the family. Patriarch William tends to the corn field, eldest child Thomasin (Anya Taylor-Joy) washes clothes in the brook while twins Mercy and Jonas skip and play with the family goat (wonderfully named Black Phillip). Eggers and his team appear dedicated to the rigorous portrayal of the period. The Jacobean language is authentically employed, the family’s relationship with and fear of nature examined and studied, the startling newness of the world these first Americans find themselves in looms large. These scenes of puritanical mundanity and authentic familial relationships make for engaging viewing on their own, but they also allow for the lashings of surrealist horror to seem all the more uncanny and dreadful by contrast. The few times that the titular Witch is present on screen leave a lasting impact.

The performances in the film are exemplary from top to bottom. Eggers shows a deft touch in guiding 4 youngsters (along with several animals – what’s that old saying..?) through such bleak territory. Harvey Scrimshaw as eldest son Caleb is especially impressive, channeling the burdens and fears of life in the wilderness through his freckled, cherub-like face. One particular scene following an encounter with The Witch will live long in the memory thanks to the bravery and commitment of his performance. The cinematography also must not go unmentioned. It is almost startling to learn that the film was made for a million dollars and almost exclusively employs natural light. The photography, like the score and the performances, manages to leave an impression without ever being showy. The formal trappings of the film have a delicately avant garde quality; their is an uneasy sense of the unusual that is never laid on too thick.

Like many debut directors, Eggers wears his influences and inspirations on his sleeve, but this is no slight on his skills. The stringent focus on a familial breakdown, along with the way he captures the looming wilderness regularly invokes Ingmar Bergman, while the combination of witchcraft and nightmarish atmosphere clearly has its roots in Giallo cinema. The resulting effect is as if Dario Argento directed an episode of Little House On The Prairie. For this reviewer at least, that is a bizarre yet whole hearted endorsement. The Witch is a unique, fascinating folk tale that will burn its imagery and ideas onto your brain. Just don’t call it a horror film..