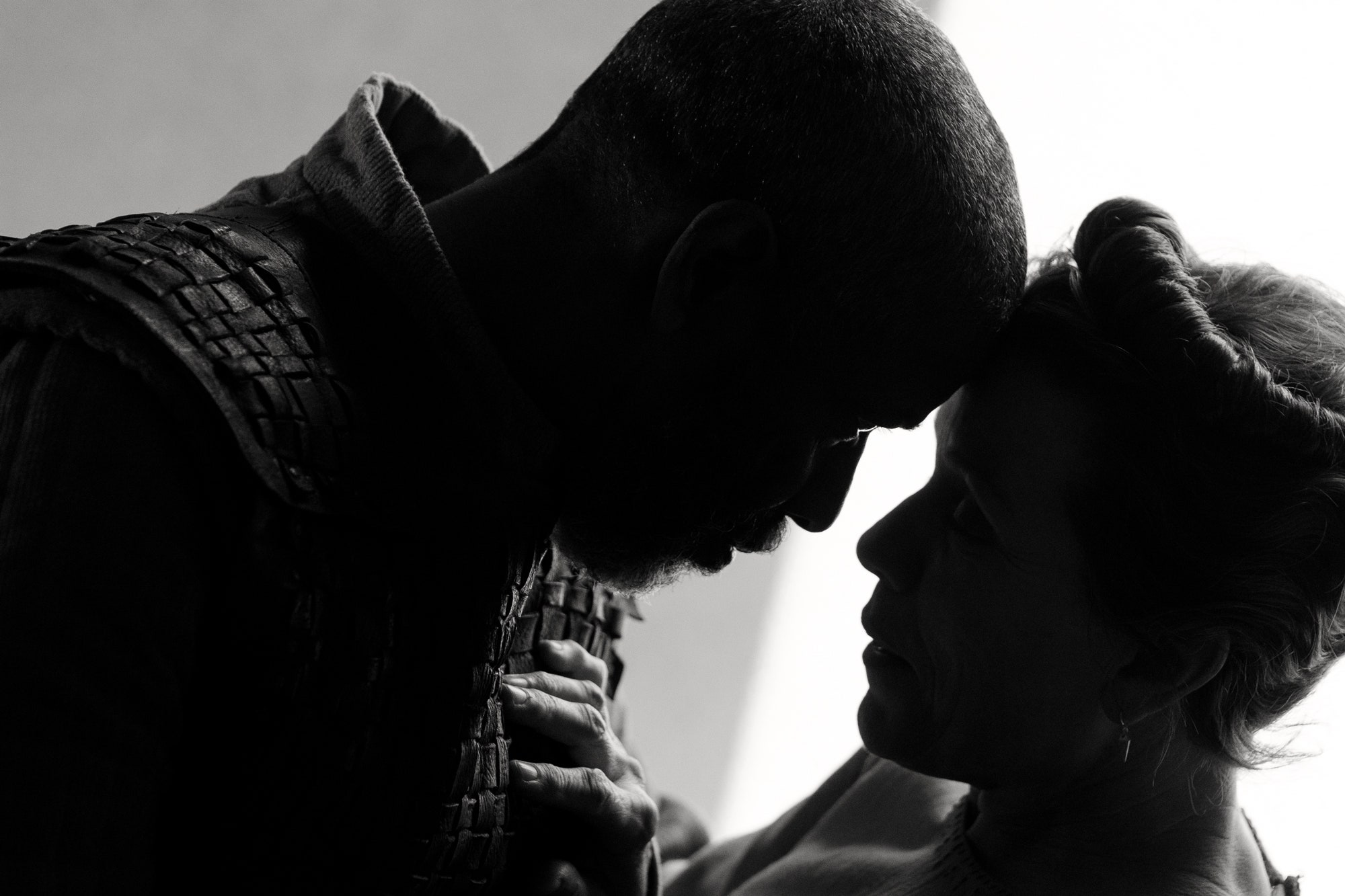 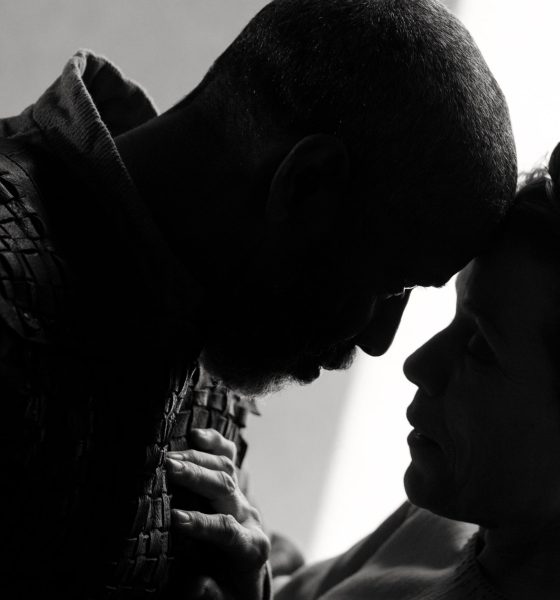 From Cormac McCarthy to Homer, Joel Coen is no stranger to the adaptation that retains elements of the source material. While visualizing those elements in a way that vividly captures the eloquence of the written word that simultaneously feels unique to cinema. The Tragedy of Macbeth is no different. By stripping Macbeth down to the fundamentals of its themes and characters, Coen has crafted a film that is accessible to the casual Shakespeare enthusiast. Yet the film’s craft is suitably steeped in the mode of production of silent-era cinema, with several allusions to the theatricality and stage-bound filmmaking of Orson Wells. The result is a film that visualizes Shakespeare’s words in a richly symbolic manner but can at times feel truncated, whether you are familiar with the play or not.

The Tragedy of Macbeth chronicles the titular character’s encounter with three witches that provide him with a prophecy of power: Macbeth (Denzel Washington) will first become the Thane of Cawdor, then King of Scotland. Following the first part of the prophecy’s fulfilment, Macbeth and his wife (Frances McDormand) inevitably, eagerly and violently grasp for power. This corruptively weighs on the psyche of both characters, Macbeth’s lust for power portrayed as his willingness to hold onto what he has at any moral cost, as the film never posits the story’s climax as a matter of if, but rather a matter of when.

Coen, for the first time working without his brother beside him, is a maestro of the very foundations of cinema here, adopting a 4:3 aspect ratio, recalling films of the 1940s and ’30s, as well as capturing a photographic quality that gives definition to the phrase every frame a painting. The film’s use of painted, silhouetted and back-lit, starry sky’s and misty dunes and castle cliffs is a sight to behold. The aspect ratio is especially effective in two ways. The first is that it compounds the claustrophobia of the set design that is made up of brutalist architecture that imposes a real sense of suffocation that puts the audience into the maddening mindset of Macbeth, the film’s unease building with each scene. From this, it renders the film a true chamber/character piece that effectively removes any form of world-building in relation to Scotland and puts Macbeth, and the audience, in an inescapable and constantly oppressive environment, at times recalling 2019’s The Lighthouse. While incredibly effective, it is disappointing to see a socially conscious filmmaker such as Coen, whose track record of poking and prodding at American society is formidable, fail to say anything about the world the characters inhabit.

The wielding of shadow and light, the framing of empty spaces, the wonderful use of close-ups, and at times the incorporation of fairy tale imagery makes for the visualization of Shakespeare’s eloquent words. The black and white cinematography is simply fabulous. If the film played silently, the same thematic and emotional elements are just as effective. That being said, the film’s sound design is equally excellent, not just in its immersive capacity but in its ability to layer sound with image that creates additional metaphorical resonance by means of dripping blood.

The themes of power, time and mortality are expertly handled, extending to the climax of Macbeth’s downfall that is wonderfully unceremonious, as well as suitably enclosing. Denzel Washington and Frances McDormand are phenomenal, finding the warmth and compassion beyond the rage and guilt the crown bestows upon them. McDormand is not as manipulative as other iterations of Lady Macbeth.

The development of madness, while brilliantly presented phenomenologically, is the film’s ultimate hindrance. In the simplification of the story, Coen opts for the shortest Macbeth telling yet. In this core aspect of the tragedy, the film lets down Lady Macbeth in her final moments and jumps too quickly ahead to the madness of Macbeth at the story’s climax. Instead, Coen delves into side characters’ motivations that make up the third act, and while integral to the story, the intensity of the focus on Macbeth and his wife that pervaded the rest of the film, is absent when it seems to matter most. Up until this point, the pairing of dialogue with the visuals complements this tragic trajectory for our characters. Still, the film would have ultimately benefitted from a little more time fleshing out the long reign of Macbeth. As a result, the film’s emotional impact struggles to land at times, particularly with the resolution of Lady Macbeth’s story.

The Tragedy of Macbeth is a sumptuous film whose old school filmmaking transfixes. It boasts two of the year’s best performances while donning a visual palette that is consistently remarkable and arresting, Coen’s direction astounding. For where it stumbles in contextualizing the world around these characters and the hasty development of a fracturing psyche, it more than makes up in its uniqueness within the realm of Shakespeare adaptations: it adapts the words into a visual counterpart, Shakespeare being rewritten into the language of cinema. For those who do not always love Shakespeare, unfamiliar with the material or find the language to be daunting will surely love this iteration. In contrast, those who know it, and know it well, will find elements to be lacking.