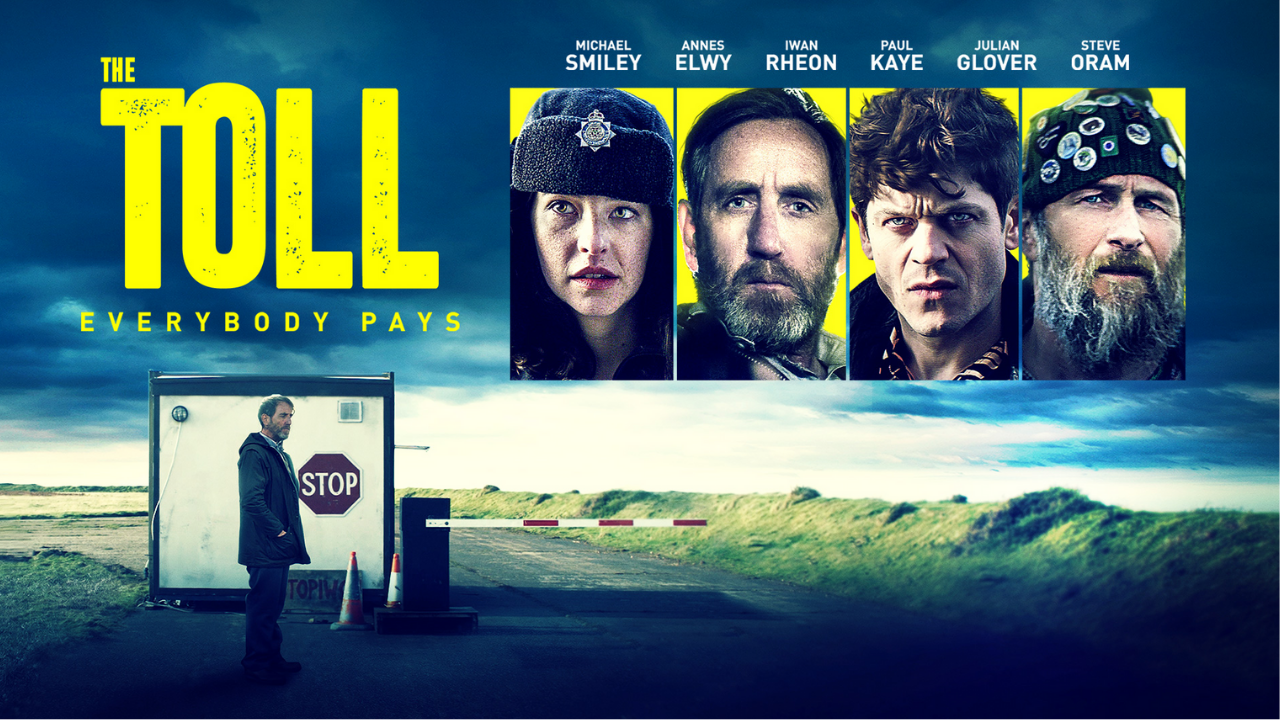 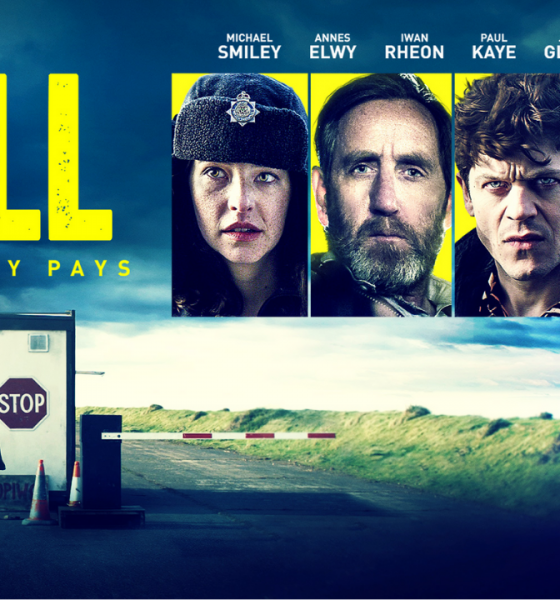 More often than not, ostensible rural tranquillity is tainted by veiled inner corruptions (in cinema, at least). No less is the case for the “the quietest tollbooth in east Wales” where The Toll centres itself, the eccentric Welsh crime-comedy-thriller from director Ryan Andrew Hooper and writer Matt Redd.

Set on the southeastern tip of Wales in Pembrokeshire, “where English people come to die”, the unfrequented setting hosts a small but tight-knit group of lowly country folk and semi-delinquents. Michael Smiley, who impresses from the get-go as always, plays our protagonist, an unnamed toll booth operator that mans the incomings and outgoings of this dainty country region. At a meagre toll fee of 30p, owning only £1.20 on a seemingly busy day illustrates its desolation. However, we quickly learn that this remoteness has been a savvy escape for the operator, who has been peacefully hiding from a dishonest past. As a former foe coincidentally passes by, this confrontation incites a panicked moment into this lowly Welsh town.

The film is clever to keep the lead character nameless; as police officer Catrin (Annes Elwy) tries her luck at figuring out this enigma, we too similarly grasp at straws to work out anything about the protagonist beyond the fact that he likes cheese and pickle sandwiches. Through this, however, The Toll successfully oozes meaningful characterisation for each involved. From the town’s naïve robber triplets searching for internet fame to the idiosyncratic Elvis-impersonator gangster, Hooper gives us just perfect amounts of bizarre detail to envision this momentary community and their entwinements. Supported by a hilarious ensemble with familiar faces like Iwan Rheon playing bad boy Dom, Steve Oram playing the questionable Mr Henry and Gwyneth Keyworth as the triplets; this odd bunch makes for a highly entertaining watch.

In its entirety, the filmic narrative may lack a central zest as it chooses to follow smaller interconnected subplots. A recurrent statement about the tollkeeper’s favourite book, “Nothing really happens […] it’s brilliant”, evidences a particular self-awareness of the film’s style – almost as if breaking the fourth wall, it lets us and them in on the joke. What makes The Toll brilliant is strong dialogue with many a quip, thanks to Matt Redd’s shining first feature-length screenplay. Obnoxious characters and tongue-in-cheek humour are flared out well, which mostly lends to the film’s success.

Nodding to genre conventions and tropes or explicit referencing of other filmic styles can be tricky business in the cinematic purgatory of sponging without innovation. Fortunately, creators Redd and Hooper unmistakably appreciate this, as The Toll exquisitely fuses its inspirations in the most stylish of ways. Wearing its influences on its sleeve, the spaghetti-western genre is oozed through a folky string soundtrack. The traditional exaggerated guitar riffs accompany lawlessness on-screen, giving an honourable mention to Sergio Leone’s overall mastery. Simultaneously, some crafty cinematography of the natural Welsh landscape mixed in with quirky close-ups and dark humour allude to Wes Anderson’s filmography.

Perhaps most notably of all, the action builds to an electrifying Tarantino-esque crescendo. At first, the choppy chronology may feel dizzying – standout moments being explained in staggered cutaways later on – but this comparably Tarantino style works effortlessly to keep the audience engaged in a series of putting-the-pieces-together moments. Elwy’s heartwarming Catrin suitably resembles Fargo’s Marge, too – perhaps this pinch of the Coen brothers helping to make her character the most charming of the lot.

Ultimately, The Toll joyously weaves in components from its acclaimed antecedents whilst maintaining its own unique narrative and style. The Welsh crime-comedy-thriller is a rarity, but one I will happily welcome from now onwards. For what it is, eccentric, funny, and witty, The Toll packs a serious punch in its bitesize eighty minutes.