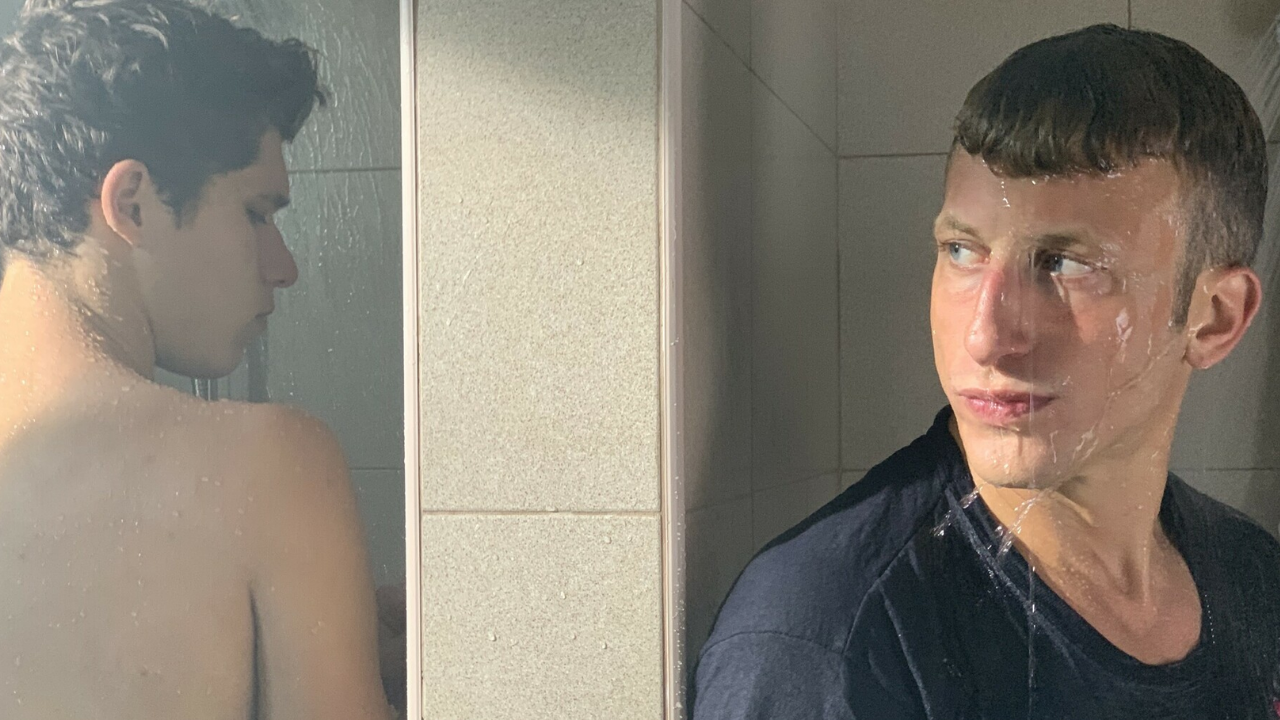 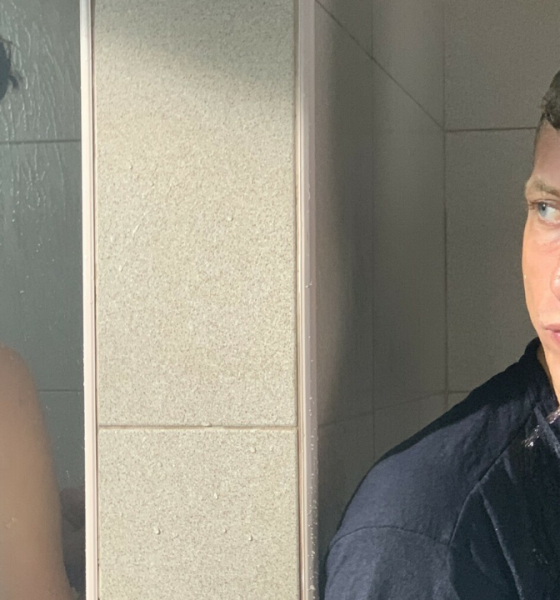 Competitive sport often holds an air of seductive mystique to the eyes of the untrained. With vibrant slashes of 80s nostalgia and a spotlight on the intensities of physical training, The Swimmer plays into the social stature of the Olympics—framed through a waterside unrequited love. A solid stare into the eyes of locker room machismo, its downside may fall burden to butterflying under the radar.

Promising young Israeli swimmer Erez (Omer Perelman Striks) heads to a nationwide training camp as one of Israel’s promising stars for the Olympics. Through gruelling practice and no real scope of the outside world, he meets Nevo (Asaf Jonas) and immediately feels an attraction. While the pair are coy in their advances, dictatorial coach Dema (Igal Reznik) is determined to keep his protégées on the straight and narrow.

The Swimmer is almost Shakespearean in its efforts to shine the aquatic spotlight on an unrequited romance. Taking turns to flaunt long-term girlfriends and tease at promised sexuality, both Erez and Nevo are the villains of their own torture. Swaddled in the landscape of mental athletics and chest-beating masculinity, there’s little room for passion to be explored—yet the two find their feelings through stolen shadows and knowing looks. Kalderon’s directorial voice is beautifully attuned to finding intimacy in the smallest everyday moments, taking the blossoming yet forbidden connection to a deeper level of nuanced affection.

Whether its tension is being held underwater or breaks the surface to shape the team’s communal experience, the conceptions of hardened masculinity are challenged at every turn. Overbearing Dema is more than a typically cruel taskmaster, almost revelling in his psychological torment like a Netflix crime sadist. In true Olympics spirit, being a champion is revered over any form of inner sanity, highlighting the continued differences in authoritarian figures. Pushing the body and mind to breaking point in order to assimilate comes with its prices, with The Swimmer easily combining crushing athleticism with debilitating social setbacks the global LGBTQIA+ community routinely face.

On a deeper level, there’s perhaps a lack of new engagement within ongoing social conversations. Vibrantly filmed with compelling subtlety in its details, The Swimmer doesn’t teach an audience anything it doesn’t already know. The viewing experience is wholly pleasant, with satisfying structural hooks and little in the way of surface-level criticism. It doesn’t try to be a social pariah for queer struggles, which lends itself to the overall narrative journey. However, its play-by-play nature veers more towards the forgettable, despite its flirtations with prospects that don’t feel right.

With nods to Judaism, glory days and rigorous agility that’s covered in sweat and chains, The Swimmer is compactly satisfying in its execution. While its objective outcomes could be a little more conducive, the chauvinistic game of cat and mouse makes for an intriguing twist on an embedded queer rhetoric. The Swimmer finds its power in self-pleasure, with a butting head in worldly ideologies that firmly grips the interest.