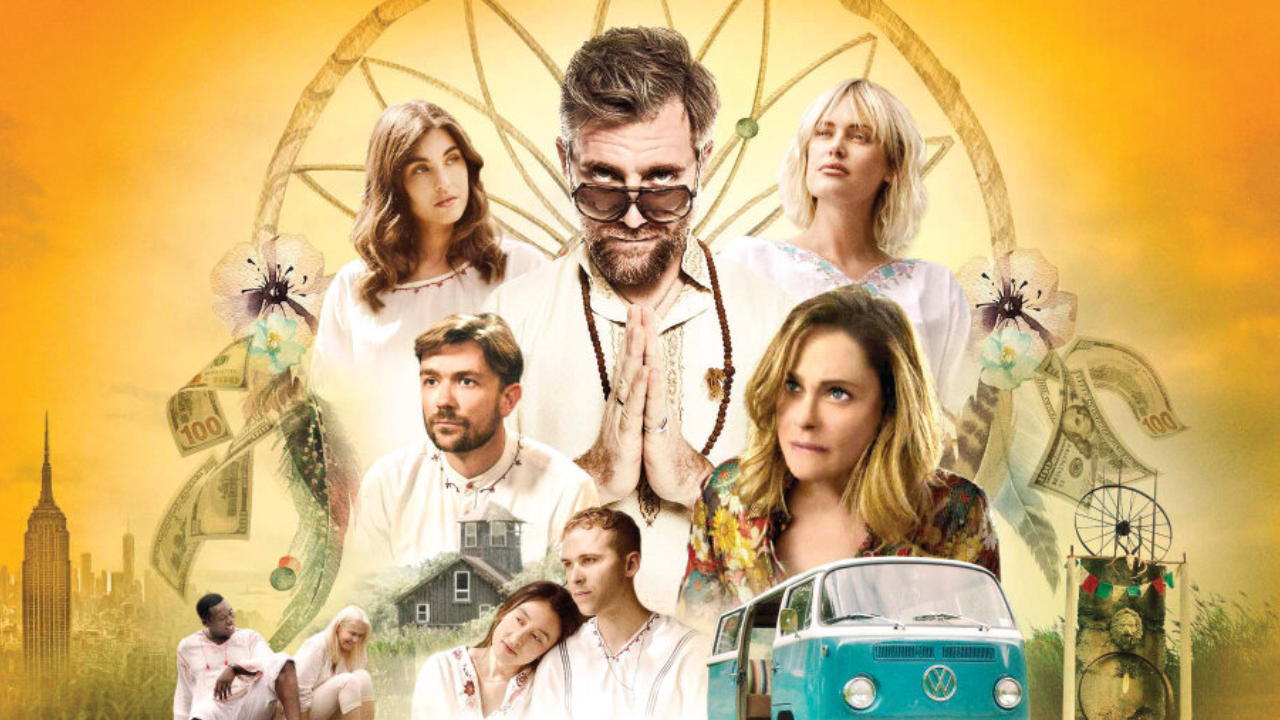 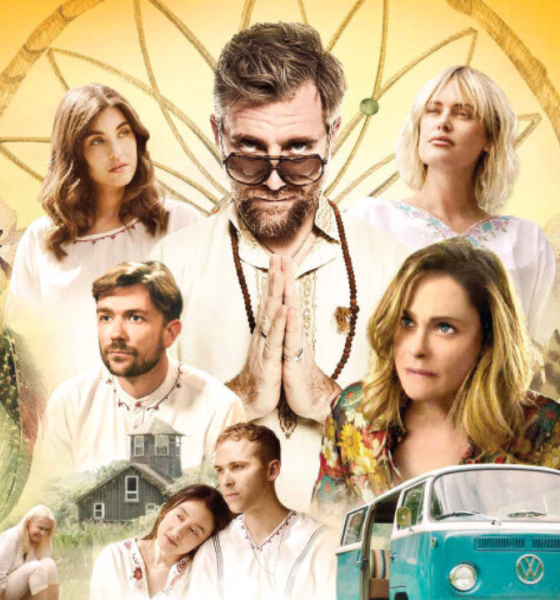 Loosely based on his childhood experience of seeing the adults around him turning to spiritual gurus for life guidance, Emrhys Cooper’s entertaining and impressive feature directorial debut is a small gem of an indie film that deserves to be seen widely.

While it offers several belly laugh moments and scenes that will make you cringe in recognition, the film is also a thoughtful reflection on the spiritual vacuum faced by many who, having achieved material success, feel their life is empty and unfulfilling. As such, they can become easy prey for charlatans, giving away their money and personal power to charismatic hustlers who may be as emotionally rudderless as their devotees but nevertheless have some spiritual sustenance to offer.

Unlike the self-appointed gurus, the film is neither preachy nor heavy-handed in its treatment of self-help leaders or their vulnerable clients. It is also surprisingly non-judgmental. In this respect, it does what a film should do; it presents a story and lets the audience decide what it takes from it. That seems an increasingly lost art in modern cinema, but Cooper, who serves as writer, director and one of the ensemble cast, serves it well. The Shuroo Retreat (The Shuroo process in the United States) is a tight, compact script that never loses you as an involved viewer. Even if the large cast of characters occasionally veers into cliche territory or box-ticking scenarios, they always hold the attention and make up for it with charming warmth and humour.

The story centres around Parker Schaefer (horror film star Fiona Dourif), a successful New York journalist, superficially leading a glamorous life, regular trips to Paris, a large apartment, glossy social life. It covers the fact that she drinks a little too much at all hours of the day, is always a little too busy to notice how she’s avoiding herself and has missed that her longtime boyfriend is drifting away.

When he unexpectedly dumps her to return to his ex-wife, a shocked Parker turns to pills and alcohol and makes an unsightly ass (literally) of herself on live tv at an awards show. She also bitterly observes that despite the many sacrifices she made for her career, all she has to show for it is some nice shoes.
A friend suggests she look into finding herself, perhaps at a retreat. So, she takes herself off for the weekend to meditate, salute the sun, chant and examine her navel with a group of strangers under the supervision of a man who calls himself Guru Shuroo (Donal Brophy). Shuroo is the Hindi word for beginnings.

After initial cynicism and self-conscious holding back, Parker finds herself being drawn into the individual stories of the motley crew of lost souls she has hooked up with at the retreat. Like them, she begins to relax and let go of her inhibitions. Quickly and expertly, the guru, an all-smoking, drinking, sleeping around, flawed man of the people, rather than an esoteric, aloof group leader, draws out each of their long-hidden secrets and each member is exposed mercilessly to their own and others’ scrutiny.

It’s an ambitious collection of tales, but each is satisfactorily and respectfully handled. This is a credit to the writing, which is shared between Cooper and Brophy) but also the immensely likeable and enjoyable set of characters. Each cast member holds their own, producing, in each case, a sympathetic character that you can care about, even if some of it is rushed due to the number of stories. Model Taylor Bagley, as Seraphina, the hippy, dippy sidekick of the guru, is a particularly luminous presence. Impossibly long-limbed and permanently effervescent, she could have just been the sexy eye candy or simply annoying but developed into a compelling screen presence during the film. Dourif is the solid core of the film, alternately strong, pathetic, sympathetic, sceptical, self-deprecating, funny and vulnerable. She, very assuredly, carries the film.

The conclusion seems slightly rushed, but this is a satisfying watch and will undoubtedly be a launchpad for the talented people in it. The Shuroo Retreat is available on all paying streaming platforms from Monday, 25th July. It’s an enjoyable 90 minutes and recommended.