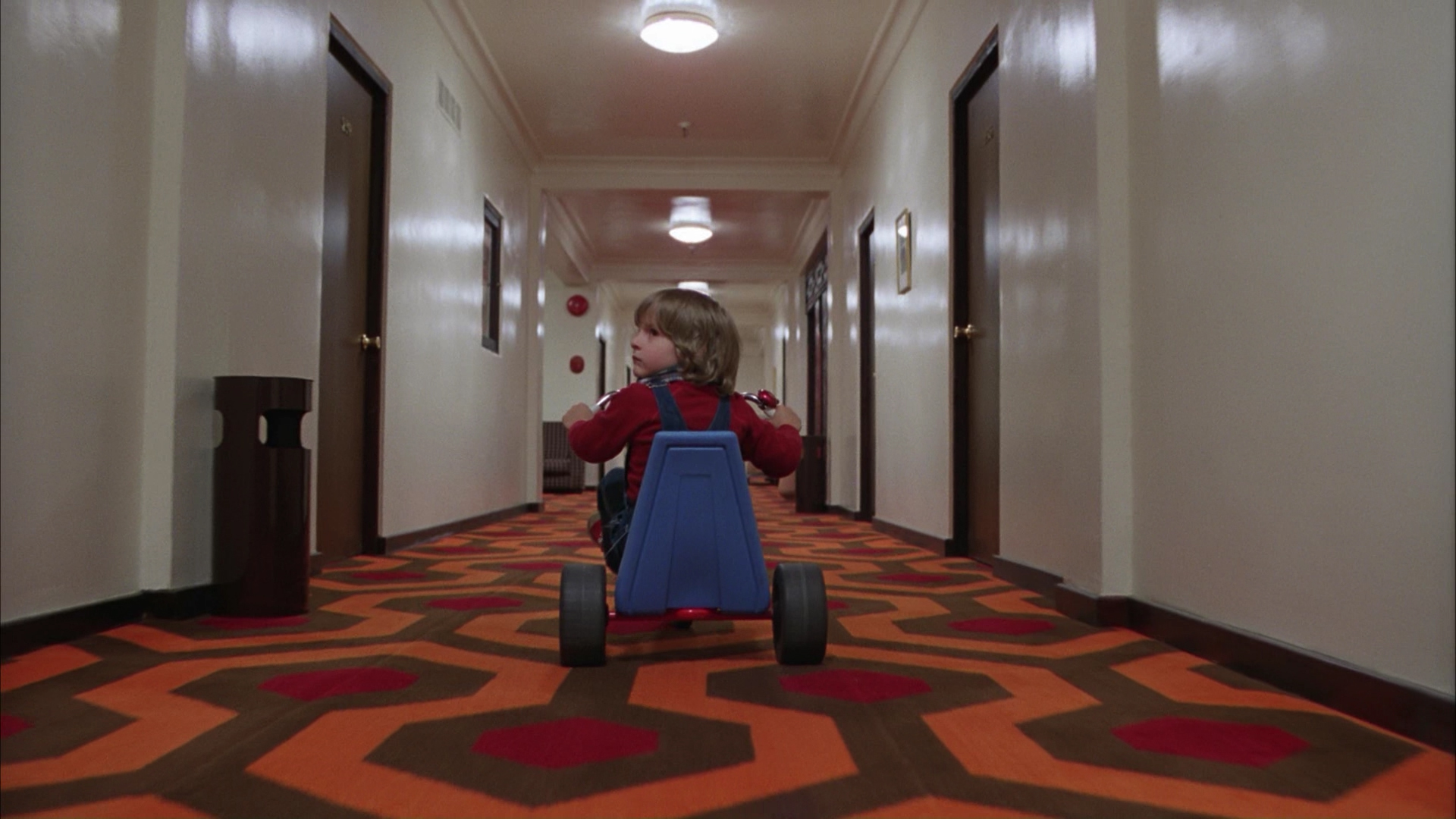 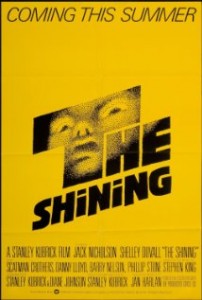 Film analysis for me has always been a sincere pleasure for me ever since I was introduced to it the freshmen year of my high school year. The teacher told us that we had to write an essay after watching each movie and this was the first time in my life that I had to reflect and put thoughts on paper about how I felt about movies. I wrote about a lot of movies in that class, everything from Singin’ In The Rain to Days Of Heaven. This opportunity was the beginning of me starting analyze films, looking for the deeper meanings and appreciating cinema’s finest productions ever put on celluloid. I still look for it no matter what movie I’m watching, hell if you didn’t see the ideas of rebirth, death, religion, and grief throughout last week’s Gravity then I do not know what movie you were watching! So why am I talking about film analysis because today I am writing about the film that has been analyzed more than any other film ever made: The Shining. Now why has this movie been obsessed over and studied like some holy text? Well I will tell you soon so keep reading about a movie impactful on its audience that it still is debated, wrote about, and documentaries made about it to this day.

The Shining is Stanley Kubrick’s 11th feature film released in 1980 starring Jack Nicholson and Shelly Duvall. Nicholson plays a young writer, father, and husband who decides to take up a job to watch over the Overlook Hotel, a large mountain resort, during the winter months while it is closed. While accepting the job he learns that the previous housekeeper had murdered himself and his family during their stay at the hotel. Jack brushes it off as nothing and decides to bring his wife, Wendy, and young son, Danny, up with him to stay in the hotel for the winter as he tries to write his new novel. Then things slowly start getting weird as Danny starts to see things and Jack begins to lose his grip on reality and his sanity.

When it comes to The Shining there are few thing that I can say that haven’t been said. For one its certainly a masterpiece that still stands today as one of the scariest horror films today. Modern filmmakers should take note on just about everything Kubrick does throughout the film to improve their own films. Rather then relying on jump scares, Kubrick tries to dig deep into the psyche of the human mind to find out what truly scares us. Luckily for him he has a great source material to work with because he is adapting a Stephen King novel. While the author and director certain had their disagreements, it is without a doubt certain that the film is one of the greatest movies ever made.

To start off Jack Nicholson really nails the role as Jack able to take us from normalcy to insanity. He adds a great depth to the character as the slow fall from reality takes him over and his best stuff comes during the one on one talks with the ghosts. My personal favorite scene is the first time he meets the bartender. The little ways in which he talks, moves his eyebrows and mouth, and his infliction in his voice is just spectacular. Its my personal favorite role from Nicholson and shows off why he is one of the greatest actors to grace the silver screen. Now lots of people like to complain about Duvall’s performance but in my personal opinion she does a decent job here. I certainly believe she is scared out of her mind through the film, whether that was acting or Kubrick scaring her, but she doesn’t do that great towards the first half of the film so there is room for improvement. Young Danny Lloyd does really good for a kid his age and it is another great example of child actors proving they deserve just as much respect as adults.

Though the real star of the show is Kubrick here who add his visual mastery to the horror genre exceptionally well, dominating the film. I love his central framing throughout and he has captured some of the greatest images of the horror genre whether it is the classic”Here’s Johnny” scene or the two girls in the hallway. The visuals have a great rhythm and pace that matches the story perfectly and the last act of the film is where Kubrick pulls of his best work as he amplifies the horror and gets some genuine scares. He combines everything from jumps, to classic horror, to psychotic horror, ghosts, skeletons, decaying women, and even men in bear suits. The other fun part about the movie is all the stuff Kubrick does that you might not even notice your first time watching. Chairs disappearing in the background between shots or the pattern on the floor changing from shot to shot. Now for most movies I would say this is obvious continuity errors but if you know Kubrick, a die hard perfectionist that would drive people crazy, you know that everything in that frame is there for a reason. Kubrick is indeed trying to subliminally mess with your head throughout the journey.

It is also necessary to point out that the movie would not be half as good if it wasn’t for the nightmare score by Wendy Carlos and Rachel Elkind. It uses a variety of instruments and opera voices to create an auditory hell that always to this day freaks me out. It plays perfectly with the movie as it feels like its creeping up your back and it will terrorize you, I know it does for me. The other fun thing to look at with The Shining is the amount of people that are obsessed with studying this movie. Some people this its a movie about the Holocaust, other people think its about the massacre of the Native Americans, while others think its about mythology and the minotaur? Yes I am being serious, in fact so serious that they made a documentary that jut examines people’s different and unique theories on The Shining.

Alas the overall point of horror films is to scare people so if you ask me about it I tell you honestly that this is one of the scariest movies I have ever seen that still finds ways to scare me every single time I watch it. I highly suggest it and do agree that it is one of the best movies Kubrick has made and will always be one of the greatest films we have ever seen. Since its that great month of horror films, now is a good time to watch The Shining and take a stop at the Overlook Hotel.