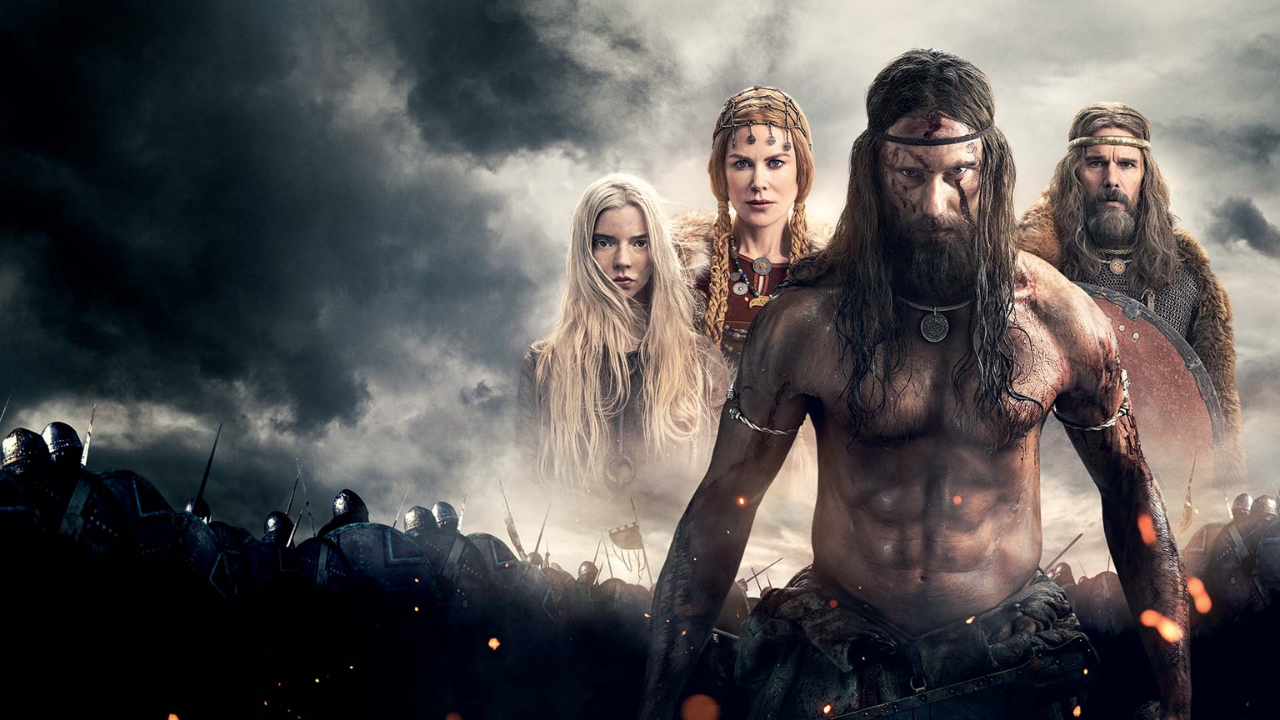 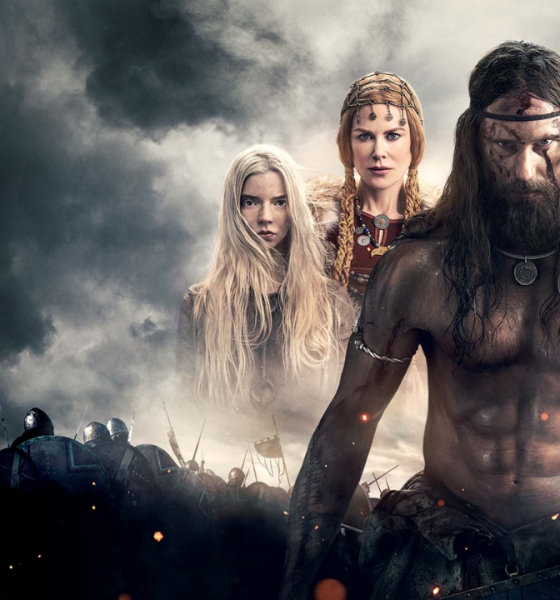 Myths are foundational to the systems of morality that human beings are governed by, told to us as children to teach us the difference between right and wrong, perverted as adults to attain the religious, soul-saving experience they offer to us as children. Robert Eggers The Northman is perhaps one of the greatest interpretations of myth in cinema. It seeks to explore the lines of demarcation between our origins as animals and our evolution towards spirituality.

The film simultaneously disproves the lie at the centre of the Nordic myth that the film is based on, of any myth, while also solidifying its moral approach through a combination of ferocious and magical realist filmmaking. In turn, the film is a deeply personal rumination not just on revenge but on what it means to fight for your place in the world and how to find your self-worth in a world where morality is relative in the face of trauma, healing and love found through a marriage of the mystical and the natural. The Northman is thus both a wholly new step for Eggers and a continuation of his themes of constrictive religion, unbound and unfettered masculinity, insanity, and the nature of the post-millennial search for meaning within social hierarchies that are demonstrative to the individual. Bolstered by amazing performances, especially Skarsgard, whose combination of brute physicality and searing emotional empathy behind his eyes is a revelation (if he wasn’t already one of the best slept-on actors working today), direction and cinematography that is beautiful to behold, one of the best scores of the last decade, and a surprisingly emotional final act that is as satisfying as it is tragic, The Northman is an opus of mythmaking as filmmaking.

Based on the myth of Amleth and set in 800’s AD in Iceland, young prince Amleth is about to become chieftain, succeeding his father as king lord, when his uncle, Fjölnir, brutally murders the latter, also kidnapping his mother, Gudrún. Decades later and fully grown, Amleth is barely anything resembling a man and is now a part of Viking pillaging excursions when his fate calls for him back home, along with Olga, to save his mother, kill his uncle, and avenge his father.

The Northman’s opening thirty minutes are astonishing. Completely engrossing in its score, sound design and world-building of Amleth’s upbringing, eventually transitioning to the unhinged, unsatiable need for violence and hate to sustain himself in a thrilling and equally horrifying fashion. Yet, after this opening half-hour, the film is not a quest for revenge as the marketing advertises and the template most revenge films follow. Rather, a meditative journey through the expression of rage as revenge on a spiritual level. As a result, the film, for all of its fantastic action set pieces, with choreography, sound design and camera work that makes for sensational action set-pieces that are as visceral as they are disquieting, more often chooses to, quite literally, sheathe its sword in favour of exploring how being around his father’s murderer, and re-discovering the world through an adult set of eyes, ultimately has Amleth reach beyond his trauma and ascertain for a way to heal.

This is a choice that some viewers will be disappointed in or thrown off by, but the film aims to say more about its take on revenge than simply “it’s a bad cycle”. Eggers has a firm understanding that revenge offers characters, and the audience, catharsis, but one that comes at a price of perpetuating hate on a personal and social level, and somehow, he navigates the film towards the idea that the only revenge we should ever undergo is not revenge by violence, but by love and self-acceptance. The line here is incredibly fine, and the film does an excellent job of giving all its characters depth and nuance to complicate the revenge quest on a moral level. Amleth’s conceptions of who he is and what is “true” are undermined and challenged seemingly at every turn.

In this regard, perhaps Kidman has the most dynamic role in the film as Gudrún, allowing her to explore the multiplicity of a woman whose only way to have control is through sex and religion as myth. At the same time, Bang finds the humanity in Fjolnir, blurring the lines for Amleth’s all-consuming view of revenge, and Hawke is brilliant in his brief yet impressionable performance. Anya-Taylor Joy is also terrific, although, while her character begins as underwritten, she eventually becomes her own force, the back half of the film in many ways serving as a two-hander between Joy and Skarsgård. But the film is truly Skarsgård’s. Always an actor of formidable talent, Skarsgård is in nearly every frame of the film and whose wallowing in animalism is harrowingly and empathetically contrasted against this desire for reform, for a life that is his own. Behind Skarsgård’s eyes lies true hurt that he is always trying to mask through raw physicality, his journey ultimately amounting to the evocation of what is behind his eyes to bring mind, body, and soul together, his performance melding perfectly with Eggers’ spiritual and theosophical underpinnings.

The Northman was an audio-visual masterclass experience that consistently left me in awe. While not flawless, some of its early transitions being a little too quick, it’s a film unlike any other I have seen. While comparisons between this film and The Revenant, The Green Knight, and Gladiator will surely be rampant, I found Eggers’ film to mix his demanding, probing and horror-centric filmmaking of The Witch and The Lighthouse and something wholly original. He is aiming to disprove the truth of myths like Amleth and truth’s concerning absolute morality linked to religious and male oppression that still dictate societal organizations and breeds both trauma and the hate needed to sustain it while maintaining what is so instrumental and beautiful about storytelling in the first place: the chance for healing through understanding. The Northman presents human beings as where we have been, where we are and where we are going all through the prism of the foundations of storytelling itself, as evidenced by its phantasmagoric imagery and fantastical moments that dilute notions of “truth”, culminating in Eggers’ most empathetic film, whose final shot evokes a sense of spirituality that Amleth is seeking salvation within.

The Northman is not a film for everybody, but for me, its a story of rising above our beginnings as animals within social constraints, not by adhering to a society founded on myths, but by finding your individual path to walk down by discovering your true religious experience within the enlightened thinking of spirituality, is one of deep resonance, advocating for empathy within oneself above all.