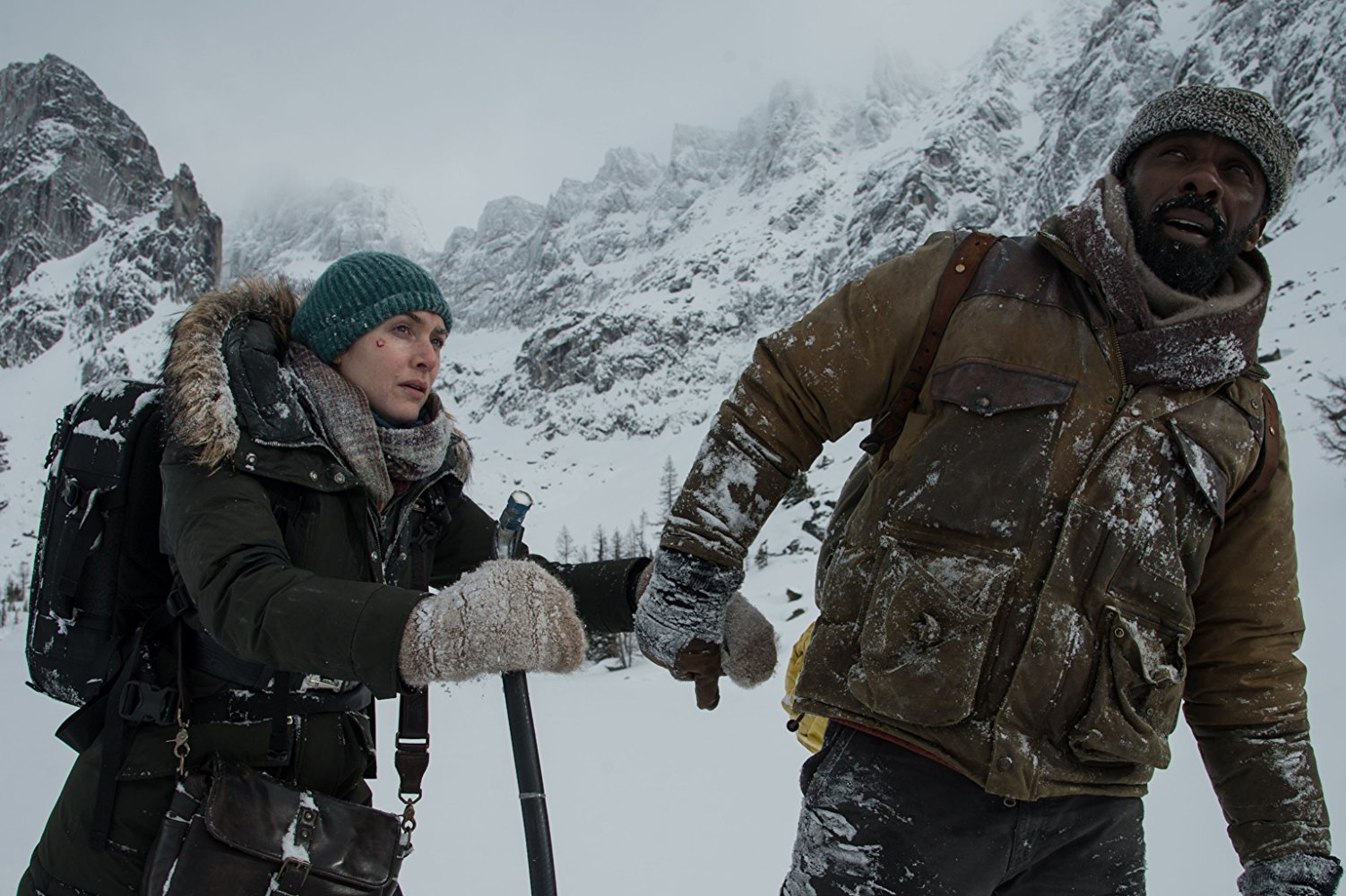 Idris Elba meets Kate Winslet for this nuts n’ bolts – but serviceably entertaining – survival drama in which the British stars play airline crash victims Ben and Alex. Stranded on a snowy mountain top with nowhere to go but the horizon, it’s an against-all-odds conflicting-ideologies drama that thrives on character-drive suspense with the occasional low-level environmental set-piece, a combination that works really rather well until writer-director Hany Abu-Assad decides to pivot to making a Nicholas Sparks adaptation instead.

As screen pairings go, Winslet and Elba make for a rather likeable one – Elba playing rather stiff and logical, Winslet the more soulful and reckless of the duo. Both fare admirably, and it’s to their immense credit that even the overall quality dip into slushier romantic waters sees them hold it together against the odds. Their physical performances are intense, their chemistry palpable, but it’s poor plotting that ultimately underserves them, The Mountain Between Us sending its audience away with the bad aftertaste of an awkwardly shoe-horned romance rather than the tale of adversity and unlikely friendship that would have proven immensely more satisfying.

Abu-Assad at least gets the filming of it down right, his sense of location never lacking scope or grandeur, and – on occasion – even pitching The Mountain Between Us as a missed opportunity for an unlikely IMAX release. It’s telling, though, that when his story goes into ill-fitting territory, so too does his stylistic sensibility – with the film’s ultimate conclusion employing an almost bewildering shooting style that feels so out of place with literally everything else before it that it might as well have been lifted from a different film entirely.

All of which is a hell of a shame, as Elba and Winslet do genuinely make The Mountain Between Us mostly worth the time. If it were possible to edit in a title card for the end of the second act that outright stated the resolution to the actual survival drama (which, it transpires, is not Abu-Assad’s focus, despite being the actual plot), there’d be much more to forgive. Instead, you come for the survival drama and angrily tolerate the rest, a tolerance that does a disservice to an otherwise perfectly solid wilderness ordeal.