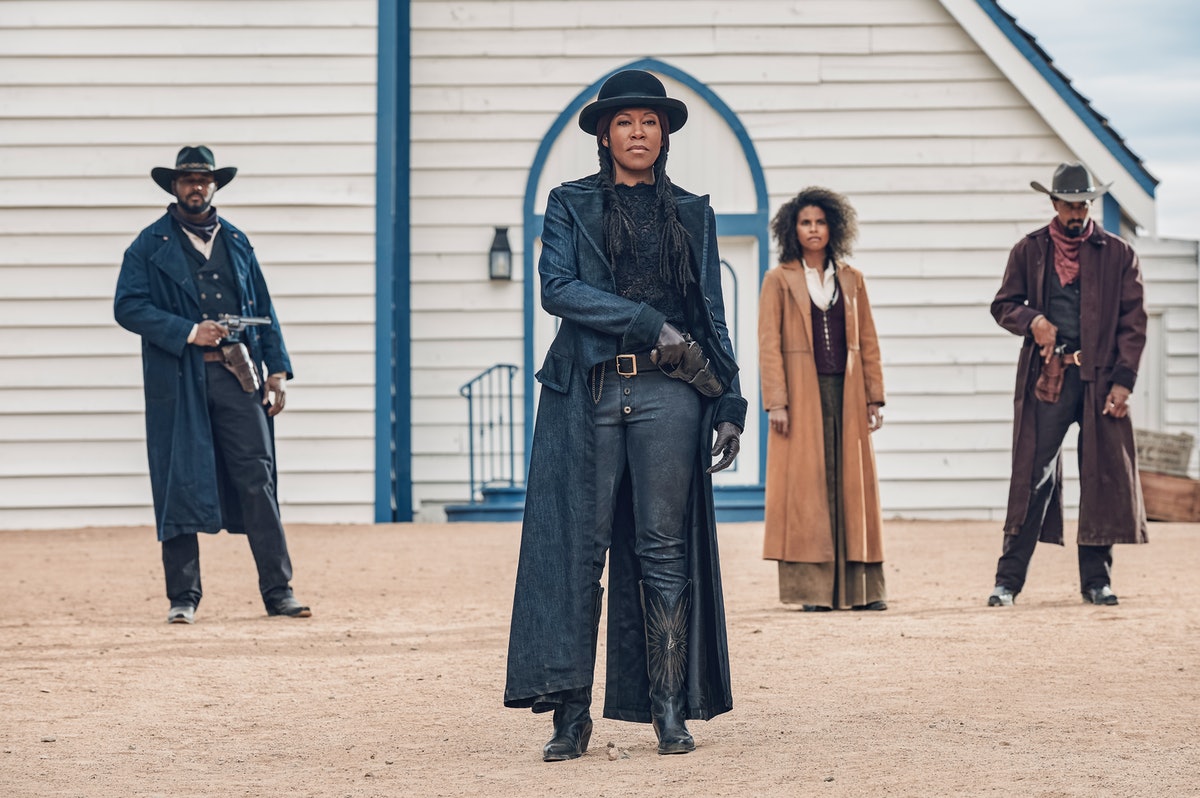 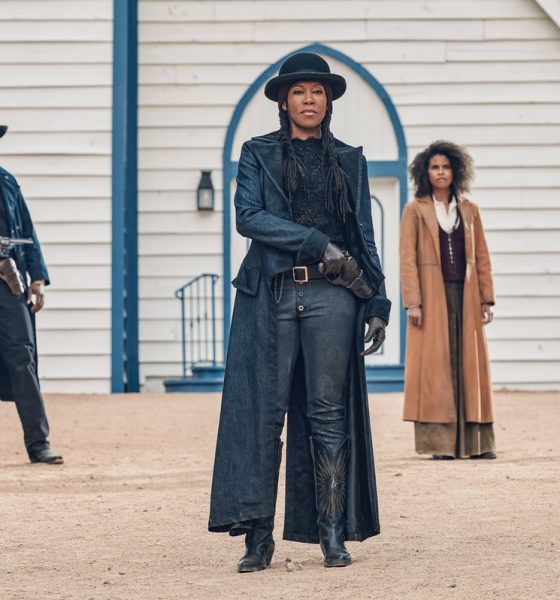 The events in this film are fictional but the people really existed.

So starts the opening gala film for London Film Festival 2021, The Harder They Fall, a western with an all-black cast. If it ever occurred to you, while watching traditional westerns, where were all the black people, here’s your answer. They lived in their own towns and had the same stories of revenge, love, betrayal and family feuds as their white counterparts, as well as the same dreams of happiness and acceptance of who they were.

The film is the debut feature by Jeymes Samuel, better known until now, as a musician and music producer. That resume is likely to change from now. This is a blistering debut by the British director, writer, producer and music collaborator of the film. He probably made the sandwiches on set as well, such was his immersion in the project and so marked is his imprint on the final product. His music background is evident in the film. At times it has the feel of an extended music video. It’s heavily stylised, the Cowboys and girls are kitted out in designer togs, the ‘wild’ west is largely pristine (apart from the blood which flows freely) and the vibe is decidedly contemporary. It’s also a fantasy version of the period.  Everyone is pretty well off, have fully stocked kitchens and lovely homes and the marginal white characters are all either stupid or corrupt, or both. The Coen brothers’ True Grit, this ain’t. But then it’s not meant to be.

Nor are the comparisons to music videos meant to be disparaging. Some music videos are works of art and lodge themselves in your brain forever. The Harder They Fall doesn’t quite reach those lofty heights but it has its memorable moments, particularly in the visuals, which at times, are quite beautiful.

Samuel, who grew up on westerns shown on the BBC, clearly knows the genre well and pays loving homage to it while adding his own modern touches. He doesn’t  reinvent the western but he does reupholster its tattier parts. For example, the three main female characters are neither submissive nor merely decorative as they often are in westerns. They more than hold their own with the men as integral parts of the overall story. Regina King as Trudy Smith, a.k.a. Treacherous Trudy and Zazie Beetz as Stagecoach Mary revel in their kick-ass roles. Whether it’s swaggering into town on horseback, guns in pockets or going for it in a no holds barred fight, their characters are not simply adjuncts to the male leads. Beetz does it all in a fabulously jaunty top hat too. As for the third female, wait-and-see.

Then there’s the soundtrack. John Wayne never got off his horse to Jay Z! The latter is one of the producers of the film but also collaborated on the music and the result is very now.

Having said the events depicted are fictional even if the people aren’t, the story starts with the brutal slaying of a pastor and his wife. Their terrified 10-year-old son is spared but not before the killer carves a cross into his forehead. Years later, the boy, Nat Love, now an adult (Jonathan Majors) crosses paths again with his parents’ killer, the menacing Rufus Buck (Idris Elba). Both are outlaws by now and leaders of rival gangs. There then follows what could have been a typical tale of revenge and double crossing. In large parts it is fairly typical though entertaining, but what saves it from being completely cliched is the moral ambiguity and at times, tenderness both Majors and Elba imbue their characters with. Despite the bald facts, as the story progresses, it becomes harder to decide who to root for. The denouement is genuinely unexpected.

The fact the film is star-studded with Majors, Elba, Stanfield, Cyler and Lindo joining Beetz and King in major roles helps it along enormously. The juxtaposition of the Wild West setting, and a contemporary, urban musical, sartorial and language vibe is never quite jarring but can, at points, take you out of the story and the period. Nevertheless, The Harder They Fall, is a fun and entertaining start to LFF ’21.