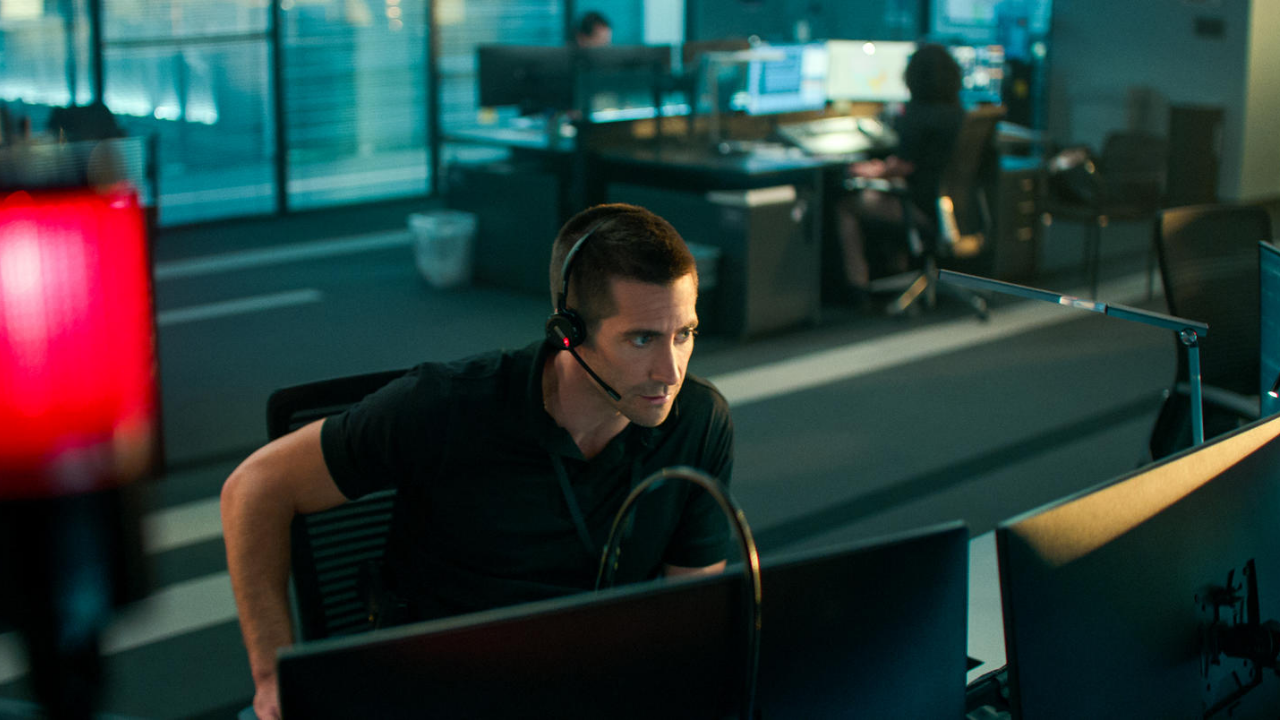 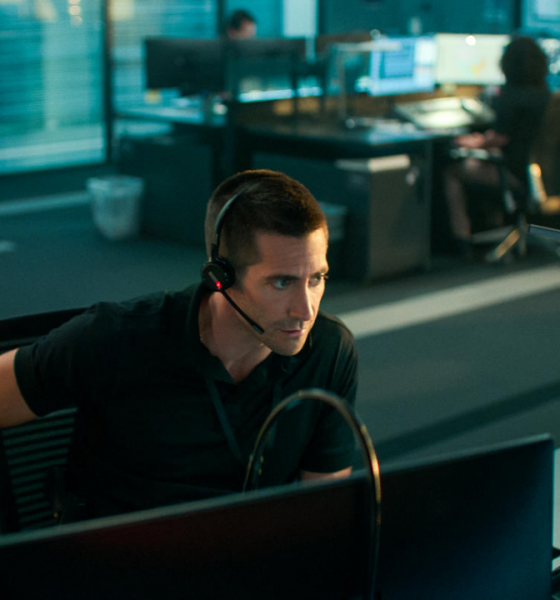 As wildfires rage across California, 911 operator Joe Baylor (Jake Gyllenhaal) is already on edge. Due to an unspecified incident, he’s been removed from police patrol and is manning the emergency desk until a crucial hearing the next day that will determine his fate. Used to a more active role patrolling the streets, he’s standoffish towards his colleagues and eyes glazing, he advises a man apparently having an overdose to clear the line for those actually in need. Unfortunately for Joe, things are about to get a lot more stressful as he takes a call from a distressed woman who has been abducted.

Reteaming with Gyllenhaal after the pair worked together on 2015’s boxing drama Southpaw, Director Antoine Fuqua’s remake of the 2018 Danish thriller, The Guilty, has the perfect leading man for a film that demands both range and intensity. The woman on the phone identifies herself as Emily (remarkably voiced by Riley Keough); she’s unable to speak freely, but through a series of yes and no answers, Joe deduces that she is being held in a car driving down the highway. With no further details, the line cuts and Joe begins frantically making calls to other dispatch channels to try and get help. Finding that his curt demands hold no weight outside of his police unit, Joe takes matters into his own hands. A call to Emily’s home reveals her two young children to be alone, and unable to wait on the sidelines, Joe takes responsibility for saving her.

From the outset, The Guilty creates a pressure cooker. The wildfires have the emergency services busier than usual, poor visibility from the smoke makes it difficult to spot the van that contains Emily, and in the dispatch world, protocol takes priority over instinct. Joe himself also threatens to boil over; his simmering discontent reflected in the continual squeezing of his inhaler and a struggle to speak with his daughter on the phone reveals his incident has already cost him much in his personal life. The situation with Emily unfolds, and save for a few hazy – and somewhat unnecessary – images of police cars and flashing lights, the viewer is anchored to the story only by the sounds they hear and Joe’s reactions. Yet this sensory limitation is to our gain as it showcases Gyllenhaal once more as one of the best actors yet to score an Oscar. The Guilty’s success hinges squarely on Gyllenhaal’s ability to keep the audience invested, not just in Emily’s outcome, but in Joe’s emotional tumult. With a career spanning three decades including lauded roles in Brokeback Mountain, Zodiac and Nightcrawler, Gyllenhaal has a range few can match. As the film takes a series of turns, Gyllenhaal draws on a wealth of artistry that makes for 90 minutes of high tension, sweaty close-ups and a lot of yelling.

The Guilty attempts to challenge the binary notion of good and bad as well as question the judgements we make. Representing not just a career highlight for Gyllenhaal, but for Fuqua, a brilliant cast both on and off-screen create a solid remake.