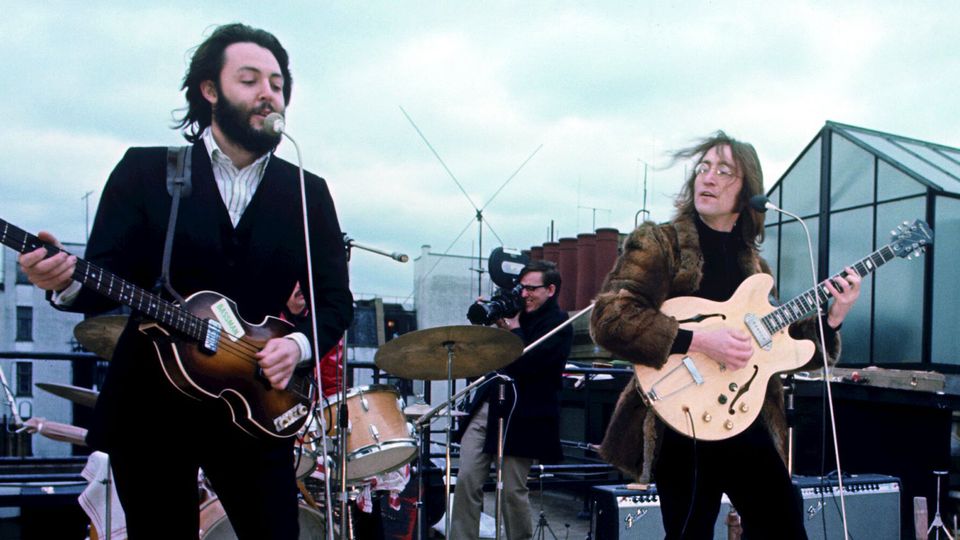 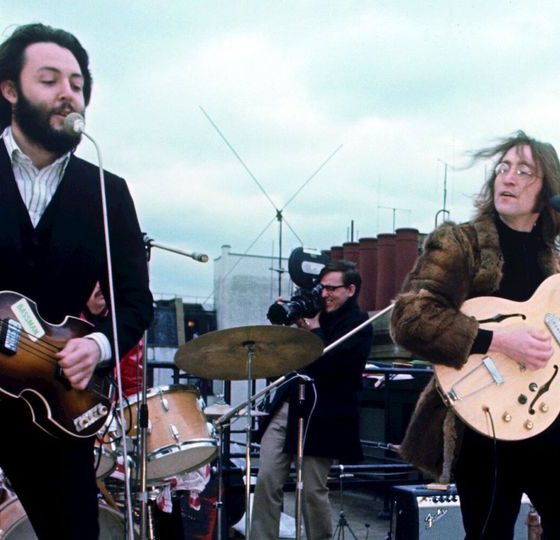 The Beatles ended because they needed creative and personal independence, not because Yoko Ono sat on an amp. Between their influences across visual art, social politics, film, and music, The Beatles’ catalogue remain not just popular or timeless in its quality, but its intertextual persistence is an immovable and totemic cultural touchstone. Beatlemania never truly died out because the joy, storytelling, melodic innovation, and genre-mixing of The Beatles music never lost its magic. As famous as The Beatles are and remain to be, their break-up is equally infamous. With feuds between John and Paul, George’s burgeoning creativity striking at odds with the John and Paul’s leadership, John and George being accused of starting street brawls, and Yoko Ono’s presence, the collective memory of both the public and the Beatles is that the recording of their final album, “Let it Be”, was a miserable three weeks. Along with their final performance on their recording studio rooftop in Soho, London, having never been released to the public in full, the story of the Beatles break-up grew to the point of myth and mystery. As for the Beatles themselves, the moment-to-moment anxiety of attempting to put a show, a film, and an album together in 3 weeks prevented them from seeing what Peter Jackson is now able to show.

The Beatles: Get Back doesn’t shy away from the difficulties of the band’s final days, but most importantly, it is a humanistic portrait of kids who have become adults, looking for individuality within their creative outputs. It’s a gift of a rock and roll documentary that is emotional, entertaining, and just beautifully arranged with a stunning 4K colour restoration of the original footage documentary filmmaker Lindsey Michael Hogg shot for his doc, Let it Be. Yet, Get Back serves a more significant role within the pop culture today as it exemplifies The Beatles’ comradery, rewrites the history of the feud between George and reporters, as well as John and Paul, and how Yoko Ono had no function in the bands move towards solo work. The Beatles: Get Back lets fans, the Beatles, and the popular culture has its memory reconstructed in the image of a family documenting and reflecting on their past through the magic to behold the creative process of the making of some of The Beatles’ most influential, popular, and inspired music, as well as the staging and editing of the electric final rooftop performance, released for the first time in its entirety.

The documentary is a true fly on the wall experience, as The Beatles were never filmed for this extended period of time while recording an album in a studio, letting us live with The Beatles as they lived with each other to understand the collectivism that led to such creative inspiration, and the friendships that made the struggles for independence and attempts at cohesion all the more acute and emotionally trying for these childhood friends. To see the group come up with tunes, melodies, and lyrics on the spot is awe-inspiring. Still, their follow-through to completion for these songs is where the magic lays, to see the creation of art that continues to play a role in our pop culture. Collective memory is akin to watching your parents meet, fall in love and conceive you: to see the moments that come to define your existence not just as an individual but as a part of a more extensive societal apparatus that has a basis of pop culture people can connect through and define an identity out of. After nearly 60 years, Peter Jackson and Michael Lindsey Hogg found a new way to listen to The Beatles. To see The Beatles create “Something”, “Don’t Let Me Down”, “Get Back”, “Across the Universe”, and “Golden “Slumber” is to see the songs that have permeated every aspect of art since their inception, and to see their creation to be so joyous, exhausting, exhilarating and infuriating, makes not just John, Paul, George, and Ringo human in their endeavour to create, but makes strips the popularity away from these songs and the documentary instead frames them as the telling of the group’s dissemination and reflection on days past and friendships made. The visual aid now puts images to the music, forming a clear memory within each viewer and listener.

While it is evident that their time at Twickenham Studios during the album’s production was unpleasant, their final weeks at their Apple Recording Studio were joyous. What began with uncertainty as to where to perform, John and Paul on different sides of the art vs leadership debate and George’s apparent claustrophobia to the environment around him compounding his younger brother’s position, leading to his infamous walkout (a fantastic moment of the documentary), blossomed into ingenuity and a genuine opportunity to see the creative process as play, making these young men childlike figures, the joys of being creative with one another makes them all better people and grow as individuals the bitter irony being that this is why they needed time apart, to become individuals. As Hanif Kureishi states in The Beatles: Get Back book, “to become yourself you need other people.” To see The Beatles incorporate their loved ones, from wives to children, is beautiful, essentializing the notion that they are a family, and to see everyone listen back to the recordings and jam along is a pleasure to watch. The same can be said for the fifth Beatle, Billy Preston, who was an incredibly talented pianist and musician who played soul and R&B predominantly. He had met The Beatles during a previous tour, stopped in to say hello to The Beatles while visiting London, they invited him to play, and The Beatles found that missing sound and magic they were looking for. Billy’s presence enlightens the others and creative process on display, and more importantly, reorientates the collective cultural memory to remember not just that The Beatles were more than just the core 4, but how important Billy Preston was to the group not just as a musician, but as a friend, John & George explicitly stating that Preston would have been the fifth Beatle if they were to continue.

Throughout the documentary, The Beatles are straightforward that they need time apart, and an ending to the band is imminent, taking great care of how to say goodbye publicly. Their final performance atop the rooftop of their Apple Studios in Soho, both in construction from Jackson and the passion of The Beatles music and energy, is extraordinary. Jackson uses split-screen to fantastic effect, growing from one perspective of the group to several within minutes, the 6 to 7 camera set-ups all getting their spotlight simultaneously. As the performance goes on, Jackson then exemplifies street goers’ reaction to the concert, everyone of all ages and backgrounds communally thriving in the music that is all around them. The Beatles shared their final album and performance with the everyday people they used to be. But it certainly was not for everyone, the police inevitably breaking it up and intervening due to the noise complaints from neighbours and the lack of any legal proof they were allowed to perform there, Jackson crosses cutting and using split-screen to their intervention from beginning to end, the music and performance always played in tandem. This gives the police footage a mocking quality, The Beatles music being about their time coming to an end being shared with people akin to them, all the while continuing to be anti-establishment and fighting back against cultural norms for the entirety of their careers, breaking new ground that sent seismic shifts in cultural paradigms. To see the final rooftop performance in its entirety is unique in its own right; to see it encapsulate all of the above makes it a privilege. In this aspect, The Beatles, Lindsey Michael-Hogg, and Peter Jackson have reinforced the art of the bow-out that gives The Beatles the proper ending they sought after 50 years ago and seeing it after 7 hours of them creating exemplifies just how life-affirming the ending of The Beatles actually is in the collective pop-culture memory.

When The Beatles began in the early 1960s, Britain was a different place concerning art. The Beatles produced art that was popular at a time when art was conserved only morally advantageous; art had become music and pictures in part because of the movement The Beatles were a part of. They were kids starting an art movement at a time when the youth culture was looked down on, and arts deemed inessential in a post-war Europe. We are in a similar time now in Britain, where the government is actively discouraging young people from entering the arts in service of rebuilding the economy in a post-Covid environment. The Beatles: Get Back reminds us of the importance and power of art, both to the individual and to the culture, by reframing one of rock and roll’s most infamous historical moments to not be downbeat or dour, but rather a beautiful expression of everything The Beatles were and would go on to be. This transition from negative to positive in the cultural conscience is enlightening in its ability to reignite that passion in young people to make art they want to see and makes them feel emboldened as much as it emboldens others. The Beatles, over 8 hours, have grown up in front of our very eyes, crystalising our, viewers, placement of The Beatles in our development as individuals. As Kureishi so beautifully puts it, “our tribute is thus to play the records and hand them off to our kids, all the while thanking the band and being grateful”.