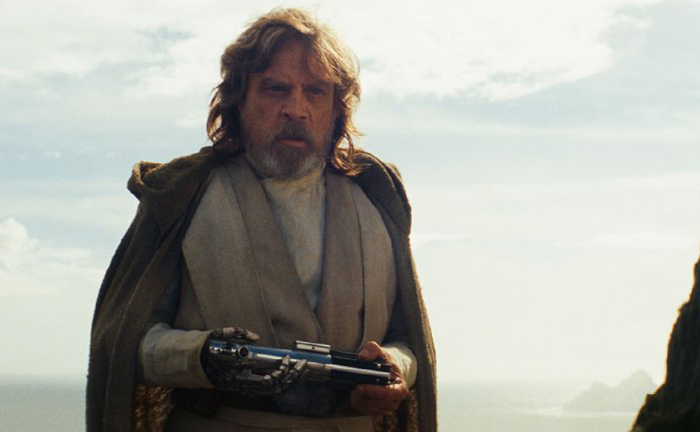 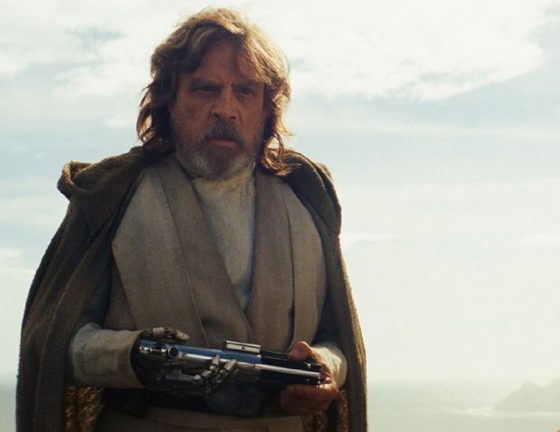 Considering the now prominent impression of meddling and unadventurous producers with no qualms about sacking their directors on a whim, there’s an understandable expectation of narrative stall with the Star Wars brand – particularly on the back of a series re-launcher that largely retread past glories and the undeniable optics of installing the more “traditional” Ron Howard in place of the unquestionably more imaginative Phil Lord and Chris Miller on their upcoming Han Solo instalment of the Star Wars Story spin-off series.

These doubts quickly fall by the wayside at the onset of The Last Jedi, a far more daring and evolutionary episode of the Star Wars saga that brings Mark Hamill’s iconic Luke Skywalker firmly back into the fray and then shifts that fray forward on the narrative playing field with impressively reckless abandon. First and foremost among its more surprising choices is an undefined time jump that’s allowed a lot of the status quo to be reshuffled and given rise to the sort of new world order that was briefly glimpsed in last year’s prequel/spin-off Rogue One, but is given serious exploration here.

A newfound sense of exploration notably permeates the film from its onset, with writer-director Rian Johnson as interested in the inner-workings of the characters that populate this intergalactic romp as he is the impressive set-pieces they can lead him to. Actual conversations are had for what might genuinely be the first time in the cinematic history of this series, with the emerging sense of humour that periodically popped its head out in The Force Awakens back with a vengeance this time around. There are serious laughs in The Last Jedi, and those laughs land as well as they do largely because they’re sandwiched between pretty insightful character writing.

It helps then that that writing is afforded a troupe as game as Johnson is, with Daisy Ridley given not much more to work with this time around – her mysterious Rey evidently not that mysterious in a movie that largely calls on her to undertake training montages and some third act fight scenes. John Boyega, though, fares better – his chemistry with Kelly Marie Tran’s new, and inevitably fan-favourite, Rose a dose of banter-driven fun missing from the series since Han and Leia were back at the flirting stage. And as for Oscar Isaac’s would-be Han Fauxlo, Poe Dameron… what can you say? The guy’s got old school movie star appeal, and it’s terrific that he has the mother of all franchises in order to show off his unfaltering cool – particularly with the added-value element of a prickly relationship with a new superior, played by Laura Dern.

Try as it might, however – and it certainly does try – The Last Jedi’s still left of perfect, with certain character beats seemingly chosen for the path of least narrative resistance, one particular big moment doubtless set to become the subject of meme-ry in the same manner that made Darth Vader’s infamous “Nooooooo” moment so infamous to begin with, and it’s a crying shame to see the terrific Domhnall Gleeson undercut by what feels often like unjustly comedic outside forces. These flaws emerge, though, amidst so much precision-crafted top-of-the-game blockbuster perfection that it verges on challenging to outright remember them, the score sheet for The Last Jedi so firmly on the side of win that they really don’t bear thinking of after two-and-a-half solid hours (yeah, we’re now at superhero length) of cinematic sci-fi fun and spectacle.

Almost instantly it establishes it’ll leave the Star Wars universe in a more exciting place than it found it, and the brazen manner in which it does will astonish and delight not only fans, but skeptical cinephiles who’ve often wondered what the series could do if it just hit the gas a little. The cast are fun, the set pieces spectacular, and the story riveting. There’s a distinct “jeez, really?!” moment in the second act, admittedly, but it’s barely a blemish on the gold standard of franchise frolics that once defined an industry and here makes a valiant stab at showing off just how close to the vest it can play it when it wants to try again.